No. 843:
Should Jan-Aage Torp quit as pastor?
Levi Fragell has some views that are well bite mark in. 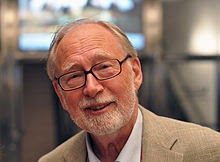 For my part I am primarily skeptical PASTOR Torp from my views on remarriage and pastorembedet - it cited in relation to Torp jr. is an underlying point.

Espen Ottesen is skeptical more to Torp that he fails to conformed his own house that scripture speaks of. Then he worse than a heathen scripture says.

1 Tim. 5. 8 But if any provide not for his own, and most of his household, he has denied the faith and is worse than an infidel.

I have expressed on twitter that I think it is regrettable that Jan-Aage Torp not stop as pastor. The reason is not only the story that his son stands out in today's edition of A Magazine. My reason is more holistic. Here are some words.

Jan-Aage Torp is pastor. Also expression apostle employed about his service. Either way, it is natural to focus on what Paul should require of an overseer. Here are some key verses from 1 Tim 3.2 to 7:

"Now the overseer must be above reproach, husband of one wife, vigilant, sober, hospitable, able to teach, not a drunkard, not violent but gentle, not combative or covetous. He must manage his own house well, having his children with all chastity. Whoever does not know how to rule his own house, how can he take care of God's church? He must not be a recent convert, or he will not be inflated and fall under condemnation of the devil. He must also have good testimony from those who are outside, lest he be ashamed of being caught in the devil's snare. "

These words presents great ideals. Let me therefore first clarify that I (obviously) do not mean that a Christian leader should be perfect. We are all sinners. The Bible says thankfully much that God can also use weak and erring people. Moreover, I believe that the words of Paul represents a measure of relevance and importance. We have no right to cancel the meaning of these words because no one is infallible. A Christian leader depends on trust. Therefore there must be a connection between life and teachings.

Regarding Jan-Aage Torp, I believe that he himself has weakened his confidence in a fundamental way, especially in recent years. I think it is unpleasant to argue. But I think actually it's even harder to be completely silent - for through his behavior he discredited the whole Christian church in Norway.

The latest example comes the story that her son now says. It is simply appalling, although I take into account that the media does not give a very balanced presentation, though Torp has been unable to provide an equivalent. Many Christian leaders have experienced that their children have gone away from the faith. Some will suggest that in itself disqualifies a pastor. I do not think so. Also pastor children must have the opportunity to choose their own faith. But the story of Anders Torp is very special, also because his son today has broken off all contact with his father. It weakens obviously confidence Torp.

Even more serious is this page Torp today admits that the theology he made sure that his son was greeted with was unhealthy. To a certain extent it is good that Torp self-criticism. The problem is that there are limits to how many times a person can regret greatly their miscalculations - and still retain confidence. Torp prophesied bloodbath during the Olympics in Athens, which he later regretted. In today's articles sorry he both contact with the Danish "Father's house" and with "åndeutdrivere" from Zambia. It is then good reason to ask whether Torp has shown sufficient spiritual judgment. I do not think so. In addition, I think a lot of the drug found on the websites of Oslokirken and blog Jan-Aage Torp shows that Torp still markets a extremist charismatic. It is very problematic.

A final issue is that Jan-Aage Torp is remarried. This is a difficult point to comment - it relates to privacy Torp. Moreover, I believe it is unreasonable to think that all topics concerning marital status shall be stamped as irrelevant. Paul emphasizes after all such questions in 1 Timothy.

It is probably well known that my basic attitude is that remarriage is wrong. This justifies I with Matt 19.3-10 and some other Bible verses. Meanwhile, I think the question is difficult. Many conservative Christians believe remarriage in some situations may be right. I respect that. But I do think that certain Christian leaders should refrain from remarriage - partly because Paul writes that a leader must be "one woman man."

Finally the text of 1 Timothy 3, Paul writes that a bishop "have good testimony from those who are outside." It must of course not be construed as a Christian leader must be popular and loved. On the contrary, it says a lot in the Bible that whoever preaches the word of God true and straight, must be prepared both resistance, persecution and slander. Also believes Paul therefore that it matters how Christian leaders are perceived by people outside the church. Also at this point I mean Torp fall short. He does not give a good testimony by marrying quite quickly after the divorce with a woman who is more than twenty years younger than himself.

This is a difficult topic. I find it hard to be balanced, accurate and respectful (to Jan-Aage Torp, which undoubtedly is in a very difficult situation and deserves care and intercession). But here was a brief explanation that I mean after all Pastor Torp should quit as pastor.
It is of course impossible to say something general about the age difference. My contention is that Jan-Aage Torp new marriage damage his confidence. I do not mean in general terms that it is reprehensible that a man marries a younger woman; here ranges circumstances much. But a Christian leader should take a particular responsibility to avoid being "reproach", to quote Paul. I do not think Torp made a sufficient effort to avoid this. It should for instance be emphasized that his new wife is the same age as his eldest child.
(end of quote).
Brave words by Espen Ottosen, but where are your colleagues in the other organization;?
The well-known Christian leader Espen Ottosen commenting today (15.04.11) on Twitter media press about Pastor Jan-Aage Torp son Anders, which in my book and in the press have talked about incredible offense in his father's church. "It is regrettable that Torp not stop as pastor," writes Espen Ottosen.
Jan-Aage Torp denotes the Oslokirken's website his son's report as a "Crimean and scifi article" and call the independent young man a "mouthpiece for Levi Fragell". Other terms of the son's "lackey."
I had never heard about Anders Torp when he some years ago broke with his father's church and criticized the church in VG. The young lad knew not who I was. I was ignorant that he later joined the NHA, and I met him before he appeared on Our Lands debate about children and religion in autumn 2010, after the first edition of my book was already released. At this time Anderstorps humanist approach solidly established. The same applies to his plans for a "rescue mission" for abused children in charismatic communities.
It later came forward, in that we now are two pastors sons who independently come to the same path, strengthens the case we both priority and I am obviously pleased that a younger and more powerful voice can reach further out than a 72-year-old's rusty and eventually monotone voice. But we must be more to reach our goal: a church where children ravished in Jesus' name. Thanks to Espen Ottoson, but where are the other Christian leaders? It is not morally acceptable to whisper us sympathetic word in your ear, then setting up on the same platform as Norwegian and American prophets, preachers and miracle exorcists - and subsequently report on the kingdom of God glorious global progress. When new charismatic wild shot Catch the fire in Oslo invites Toronto prophet John Arnott and young and older is wriggling on the floor under "the power of God," when Reinhard Bonnke, Benny Hinn, Daniel Kolenda and Ulf Ekman come to Norway, the charismatics like TV -pastor Egil Svartdahl and Oase leaders answer culprit. There is reason to believe that most preachers drew a sigh of relief when Jan-Aage Torp pulled out of the organized Pentecostal community, thereby marginalized themselves. But the time Anders describes applies mostly the year his father an ordinary Pentecostal pastor. His colleagues did not react then - and they still do not in public.
It took a misjonssambander to Espen Ottosen. Yes, Jan-Aage Torp should quit as pastor.

Final Comment:
Pastor Jan Aage Torp is the Bible's description no Pastor, but a false Apostle! . Yes, Jan-Aage Torp should quit as pastor.