I was confronted by the police why I called, wrote and spoke against Jan Aage Torp and wrote ia old pig and whore buck.

The way I understood it then, so this was not appropriate.
Immediately began removing the words, but what happened? It had no meaning, then the false judgment and indictment came. So this was the foremost words held up against me, talk to dissemble.

Image of an old pig as Jan Aage Torp can fine compared. 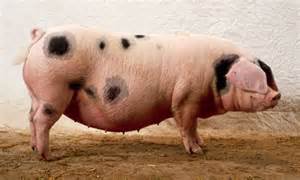 We also biblical coverage for this, to be able to describe in Jan Aage Torp both whore buck and old pig. But I refrained em time using this, as it was the only thing they could "get" me. but in retrospect, everything has been a game for the gallery.

And the new wife of Jan Aage Torp is in biblical language a harlot or hussy.

Here are some quotes from the Heavenly blog and VGnett etc.

2 Pet. 2. 0 For when someone is freed from the impure world and have knowledge of our Lord and Savior Jesus Christ, and they are again trapped by the impure and is under it, then it stands worse with them than before . 21 It would have been better for them if they had never come to know the way of righteousness, than they first know it and then turn away from the holy commandment was delivered unto them. 22 Then it's gone with them as it so aptly saying goes: "The dog returns to its vomit," and, "Not until the pig is washed, then overturn it in the mud."

Here are January Aage Torp compared with a pig by the Apostle Peter, then to return to a life of vision. Is that to be like a pig, and Torp is old, he is a dirty old man.

Is being Torp's "new" wife out in the word of God called adulteress when Torp has married another. Or hussy good Norwegian.

Here quotations taken from the web:

A whore buck is a man engaged in sexual immorality, what is meant by it.

What reviewing word of God those who stand and remarries?

2.) fornicator or whore goats on Norwegian.

And he who has not been married before but marries a divorced fall under the same judgment as that remarried after a divorce.

Rose girl wrote:
....... For me is an old pig f. Ex: ..... etc
---------------------------------
Interesting. Then an old pig is simply a man person hitting on girls much younger than the pig itself, whatever the method. In other words an implicit norm that one should stick to his own age group and that what you find appealing therefore to be adjusted over time from eg fixed bulging breasts hanging scraps.

Thus ok Point old pigs is when men 40-50 years, recently divorced and blabla and out drunk and going to try on girls in his teens, the same age as his daughter .. and think they are so insanely delicious .. Then we begin talking pig. Spec if the driver and grope at and drooling and everything = P * uff * But seriously, it becomes a little embarrassing when men in your father's age driver to should be convulsive young .. 45åringer engaged to walks around girls 18-19 and trying to be cool and hip hop dance .. * hello * it gets a bit embarrassing then.
Have no example. contrary to chat with men older than me when I'm out, only they behave normally, but drunk 45-year-olds is a little turnoff, sorry.
Think it has something that you would expect that people at that age should be slightly older .. not stagger around and behave like teenagers sg.