No. 1318: Collusion between Finn Jarle Sæle, Bjarte Ystebø, Jan Hanvold and Jan Aage Torp is that created as a platform for Satan!

No. 1318:
Collusion between Finn Jarle Sæle, Bjarte Ystebø, Jan Hanvold and Jan Aage Torp is that created as a platform for Satan!

When it comes to all material on the Heavenly blog, Smyrna Oslo and other we write online or posted. Then there are free-to "supply" just a state source. How are we typifies this planet as any other plan, we show unconditional love and it is no secret that can not withstand the light of day! We walk in the light, and are children of light!

It is completely unacceptable to support ministers who are re-married as believers, such as Jan Hanvold, Jan Aage Torp and others. Make a it, is both an accomplice and incur God's judgment upon himself and the people as a mingle!
And that Sæle itself renders the entire article, and requires exemption. While I only reproduce a small clip to refer to what the cause. And will also pay for any imagery, here is a so fraudulent that one does not know which leg as to stand on!

Photo of Finn Jarle Sæle that Israel sympathizer and defender adulterers simultaneously, this is hypocrisy of the worst sort! 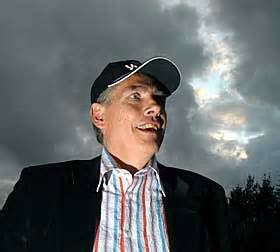 Photo by Bjarte Ystebø who really knows that support gjengiftede preachers are wrong, but do it anyway. "The show must and on!"

I called up Finn Jarle Sæle, parried him when he came with his trashy and unfair accusations. When he tried to explain away that I had used image, yeah right. Which has been in use for umpteen years and I was offered to buy the newspapers Norway today. They said orally two days afterwards that I could get it, but not in writing.
Now invoice in January Aage Torp me to use an image as a fax mile from newspaper Norway today picture that I now have the newspapers Norway today!
Anyway, in writing I am offered this and has accepted!
But now, Jan Aage Torp taken over at Finn Jarle Sele put their unclean hands over this impure "apostle"!

Talk about running the evil errand.

Sæle has some strange reasoning. When distorting the truth to support his own argument, it is called often lie. But as we all know, so do not lie Christians. The conclusion must therefore be that it is due to sheer stupidity. One gets even consider.

Sæle let on when I put him checkmate, and did not call again. I have not heard anything by mail rather although I have answered the clear on their inquiry. This supports the Christian people to subscribe to the newspaper Norway today, talk about supporting collusion from "hell!"

These sms I sent to Finn Jarle Sæle:

I got an offer to pay for an image that is used for many years.
Torp plague and are now demanding payment for this and more.
Blue. Fax mile from Norway today, huh-huh.
Should I pay for a fax mile from Norway today?
Or should you over protect him?
What should I pay?
Runar said I could certainly keep this free.
You had never demanded money before in this way for a single image.
And these pictures are from 8 to 15 years back in time.
Be a man, a man of God and going through.
There is one thing that creates the problem, it is Torp hatred against me and the Heavenly blog.
Hear from you!
Regards Jan Kåre Christensen

Torp has spent image facsimile of me, and many others.
What is the problem then?
Torp living in sin with being re-married.
He lacks love in his heart.
That he at the top requires money by facsimile image from newspaper Norway today says he is in the process of oppspises HAT AGAINST ME AND HEAVENLY BLOG!
(End of quote).

This is essentially 'boys club' disgruntled basis of "hell"!

From my commentaries Galatians 2: 11 But when Peter came to Antioch, I opposed him to his face, because his behavior had sentenced him.

This friendship has had deep but it was a friendship that was deeper and more intimate, it was friendship with God.
We read that Paul said Peter welcomed as my up in your face even when they could have cost the friendship. Fidelity to Christ and God's word was important than everything.
But here arranged for himself and Peter recognized Paul and opposite, but they dared also to disagree.
It was some time ago a fine Christian who came to me and said the following freely translated. Jan Kåre I completely agree with you about the believer's baptism, etc. But I can not baptize me because family and I have gone on Bedehuset in all years and all our friends are there.
How could I have still. It's very serious in God's word not to take humanitarian considerations and rely on themselves. Here we made many scriptures forward.

12 Before certain men came from James, he used to eat with the Gentiles. But when they came, he withdrew and stayed away because he was afraid of the circumcision.

Here was Peter first completely in line with God's word. Then came more Jews into that was so open and had the same revelation that Apostle. He went compromise their conscience and the word of God.

13 The other Jewish Christians hypocrisy with him, so even Barnabas was carried away by their hypocrisy.

Here was Peter called to account for all the others' hypocrisy. Did anyone should and ought shown better, then there was Peter. Having high revelations also requires responsibility.
Acts 10. 9 The next day, while they were on their way and approaching the city, Peter went up on the roof to pray; it was about the sixth hour. 10 He became hungry and wanted to eat. When they were cooking the food, he came in ecstasy and had a vision. 11 He saw that the sky had opened and something coming down; it looked like a large sheet being let down to earth by its four corners. 12 In it were all kinds of animals that live on Earth, four-legged, reptiles and birds. 13 And a voice spoke to him: "Peter, take you, kill and eat." 14 But Peter said, "I can not, Lord. For I have never eaten anything unholy and unclean. "15 For the second time speaking voice to him:" What God has made clean, you must not call common. "16 This happened three times, and the thing was taken up into heaven again.

14 But when I saw that they were not straightforward about the truth of the gospel, I said to Cephas in everyone's presence: "When you are a Jew, do not live by Jewish, but pagan custom, how can you compel the Gentiles to live as Jews? "

Jesus knew Peter's heart, did not say that Peter, the unstable and unsteady stone, should be the unshakeable rock upon which the church was to be built. On the contrary, the church \ church would be built on Jesus and it was this truth Peter confirmed when he said to Jesus: "Simon Peter answered:" You are the Christ, the living Son of God. " (Mat 4:16 p.m.). It is consistent with other places in Scripture where the term rock is sometimes used to refer to God, but never human.
Here, Peter carried away in sham. And Paul confronted him.

15 We are by birth Jews and not sinners of the Gentiles.

That there have been discussions and disagreements With the time, is all this since a "good" example.
Peter was a Jew, and was raised in the old covenant. When he saw was a Christian and preach the gospel to other Jews, the controversy arose about the law and its regulations.
And the strange thing is, that this discussion is still going on!

17 But if also we Jews remain as sinners, when we will be righteous in Christ, then not even Christ was a minister of sin? Not at all!

Here explains Paul Peter which sure everyone listened. That by Jesus' death and resurrection we ask all alike, Jews and Gentiles. Therefore, we are all brothers and no one has any advantage.
(End of quote).

What we see here? Paul did not cover Peters folly, but pleaded with him. And it openly!

But what makes Finn Jarle Sele and Bjarte Ystebø? When January Aage Torp fornicators and is fraudulent? Covering over by attacking me. And that they also endorses fornicator Jan Hanvold who also live in sin, talk about villains that covers and protects each other!

Is this so bad? It could have been solved with a little agility and by having submitted the list at the same height as himself. Here Torp and all others will be allowed to take fax mile pictures, which is quite normal. But if I do, then it should be criminalized, even if it is written about me.

Plus, I'm willing to pay for their use and an image that is sure 15 years old and we've used for years. What is the problem? The problem is that these people are filled with God's love and live with the Lord.

That Christians support the newspaper Norway today Vision Norway and all this collusion here, is just sad and a huge deception.
It does not help anything to be positive for Israel and everything else, as long than even live to God's word!