Photo of aircraft, it has become the "fashion" for Pentecostals and charismatic Christians to recover a new lady outside our borders, it spread around like wildfire in dry gres. Or as a sin mecca in among the Christians! 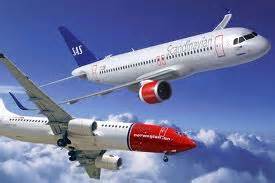 This is a standard expression for Jan Hanvold which one can actually spend on God's church in Norway today.

This is taken from an earlier article on the Heavenly blog:
"No.. 1100:
Jan Hanvold on Radio 107.7 in Oslo several times: "To hell with anyone who does not agree that I am re-married!"
Hanvold is so vulgar and nasty. Here on radio in Oslo he cries out that he is guilty of two adultery. But to hell with all those who do not accept that I am re-married he cries out. How spiritually blind must be to see that he is a false prophet that Jesus said many would come in the end times? Matt. 24. 11 and many false prophets will arise and deceive many. "

But in fact, as the congregation has been announced in 2016 when writing, so fit such expletives.

Christian evangelical Pentecostals now travels around the world, not to evangelize. But to pick up his wife no. 2, 3, 4 or 5!

I know that Pentecostals and charismatic Christians worldwide and pick a new bride. All this makes than others believing people - the congregation sit at home and pray, wait and wish that they will get something new flesh!

But when the leader marries again, and they are usually more "popular", they can select the "upper" shelf. While sheep must make do with those who are not leaders choose. This comes second and says to me, that they need to Vietnam, Japan, Philippines, Eastern bloc countries or Africa to recover a new lady!

Am I judgmental or says I have a real problem?

When Jan Aage Torp, Enevald Fleet, Jan Hanvold and all other leaders and pastors will frolic in sin. Is not it only fair that the sheep also are allowed to live out the old man? Or should there be a difference? All should be taken with "kid gloves" in the day, one can get hurt to tell the truth and someone feel bad, or?

Where will this end, or how it has ended?
It is Babylon the great whore literally become. Or is it become a huge revival?
A sin revival among today's Pentecostal and charismatic Christians? Unfortunately, yes!

Were reminded to bring this for those who today still want to hear the word of God.

No. 1205:
Hetero File has "law" to say yes to sin, it is so sorry for them! While homosekuelle must say no, anyway, it is not biblical to give them acceptance!


Image of homopar, this love and remarriage not accept God as the Hanseatic will. 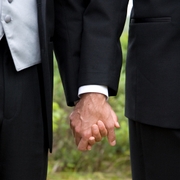 I do not doubt this, but God and God's word does not provide acceptance for this.
Those who live like that, or remarriage will not inherit the kingdom of God says the apostle Paul in 1 Corinthians and Romans clearly homosexuality as a sin, a sin among several that he mentions in 1 Corinthians 6.9 to 10. "Those who live like this will not inherit the kingdom of God"

We must follow Scripture in every aspect, not just a few here and there. Scripture says it very clear in the New Testament that marriage is between a man and a woman for life!
Everything outside of this is sin. If a believer who is experiencing "real" love after being separated with a new one. Then it is today in most Christian contexts allowed to remarry even if scripture says this is untrue.
While for homosekuelle there are currently not quite that simple.

This is an unreasonable discrimination, as do many gays and lesbians extra despair. And with good reason then here makes a difference to people.

I can not see that this is right, although I can understand the purely human.

Imagine, there are people who are born lesbians or homosekuelle. Some have been there for a while. Others choose it for other reasons. The common features that many of those who define themselves as homosekuelle or lesbians are looking for the same as many heterosexuals are after a breakup. Finding himself one to share your life with.

I do not doubt that feelings and everything else and are just as good, right and true for both gays, heterosexuals and lesbians. But what does the word of God?

God's word says that only form of partnership that is acceptable to God for believers. It is that one finds a mate who is of the opposite sex one's self, where death is the only thing that terminates a marriage.

We can not speak of "legal" sin not "legalize" sin. Sin is sin anyway.

Øyvind Kleiveland wrote about this Debate, which I take with five sets projections by the very good article which you can read here:
"Why is homosexuality perceived as heavily soiled / extra unhallowed among Christians?

Bible equate heterosexual adultery with adultery, homosexuality, slander and all other unholy behavior! Why does it do that? Because God says that the first marriage is sacred and that one is bound to his first spouse to this door. Everything else is a sin and is forbidden in the Bible. "

There are those who come to me and say that it is so easy for me etc. In other words, for others it is difficult. And then they have to gain acceptance to live as they wish.
This argument does not hold, VÅ must all relate to God's word. Everything outside of God's word, it is a pity!

I've written so much about this subject before, therefore please read the second article from me on this subject. Just wanted to say briefly that we can not give acceptance to any form of sin or that violate God's word. I have no trouble believing that there are also people who are born as homosekuelle, or develops in the right room. And those born or evolve to become lesbians. There are those who certainly are called innocent in a breakup or broken marriage, but none of them are allowed to start a new relationship. Scripture says very clearly the following:


Here it talks about for believers after a break either to reconcile themselves with their spouse or live single. Who does this today and is seen to be a Christ follower? This is seen to be legalism and more strange!


It hurts and is certainly not easy for lesbians and homosekuelle to realize that God's Word does not provide acceptance for such a life. Although an experience that their own feelings and love is real.

There is nothing to suggest that for many they have good feelings and other things like beautifying people. But God and God's word does not provide acceptance for this. Then we must also deal with this in the same way!