No. 1169: I have been exposed to far rougher sake than Haddy N'Jie and Hadia Tajik, but this I must endure says Manglerud police when I do not belong to "the elite" in Norway!

No. 1169:
I have been exposed to far rougher sake than Haddy N'Jie and Hadia Tajik, but this I must endure says Manglerud police when I do not belong to "the elite" in Norway!

Photo of the so-called preventive police Manglerud who has an agenda, it is getting taken me. Although January Aage Torp leads the his smear campaign also go into both my and my wife's employers. Yes, there is so much to name and address, but since I and my family do not belong to the so-called "elite" in Norway, so it's fair game to write absolutely everything about me and my family. True or false, it does not matter, nettrolene being here protected by the police and then goes mostly depends! But one day you shall see that even these nettrolene will be punished and must be held accountable for their misdeeds.

Photo of the so-called hate groups on Manglerud allowing the largest distribution network roll to operate just as they would on the web as long as they get taken me. 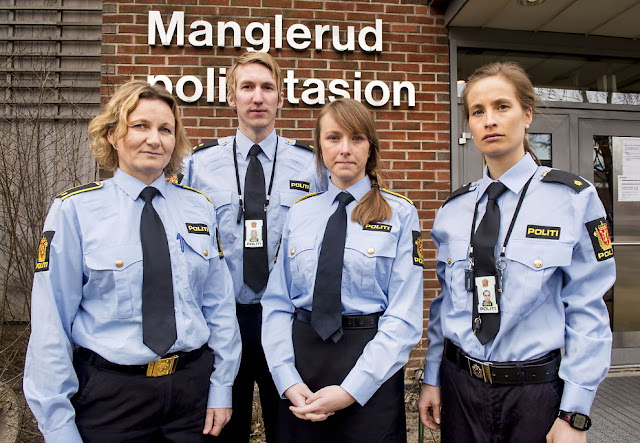 When Haddy N'Jie suffered net sake of Christian Rosland called the track immediately from Manglerud police when they thought I was responsible for this and asked me to remove this from Smyrna blog.

Here is an email I sent to my lawyer Brynjar Meling in this matter:
Hello Brynjulf!

It is certainly not easy for you to hold the complete overview?
Here from Searchlight to review this matter: http://www.sokelys.com/?p=13487
But the police must have a poor record.
Here forje Friday December 4th, they called from Manglerud police by Monica Lille Bakken where they urged me to delete a blog post on the fake Smyrna blog that I have reviewed.
It was the Christian Rosland hanged out there. This post is deleted, but a new worse is posted in which he asserts that it is I who is behind all this misery. This Rosland do you know I expect?
https://smyrnamenighet.wordpress.com/2015/12/08/vi-har-matte-trekke-var-sak-om-christian-rosland/
https://www.document.no/sok/?cx=partner-pub-9747100392394856%3A2092059973&cof=FORID%3A10&ie=UTF-8&q=Christian+Rosland+&sa=S%C3%B8k&siteurl=www.document.no%2F&ref=&ss=
What is also very special here is that police believe it was defamatory what was written about Rosland.
(This was written: "So Christian Rosland again managed to get in the papers.
We know well his family. It is a family that has long attempted to support their little children Christian Rosland. A young child who has grown to become 34 years old, but that is still a small child. His mental age is the doctors believed to be around 10 years. Christian Rosland has never done anything useful in their lives. He lives at home and will always do so when he is too mentally retarded to live for themselves. Ei will he ever get a job. Nor after racially harassed a young lady on Facebook. Christian Rosland do not really know the difference between a white or a colored man. For it is he mentally retarded. But he has looked a bit on TV and got it into his head that he should become a known racist for at all to get a sense of their ørkesløske boring life. This was a great despair of his family and those of us who know it. Christian Rosland do not know what racism is. But he thinks it looks tough and that's all that matters to him. Some toys he with his Dukkemennene, Lego bricks and their drawing books where he makes many doodles. The happy all day long. That's all he is concerned outside of being a racist. ").

But what is written about me is much, much worse. Here are some examples:
http://blog.janchristensen.net/2015/05/nr-1140-jeg-er-blitt-hengt-ut-i-verste.html
Here is Torp characteristics about me online:


Furthermore writes Torp like I'm dirt, stalker, totally unintelligent, a Nolde "hat blogger", "proportionality blogger", idiot, demon, fancy lies, vile blogs, outcast who lack the mind of Christ, common judgment and social intelligence. The rumors JKC and the truth is his understanding of English and Norwegian rather limited too!
I get knocked on the low level JKC acting on .... "
About the Heavenly blog, "which is confused, cruel, vicious and stupid - through and through. It should be shut down, in short. He also writes this about the Heavenly blog: "Jan Kåre Christensen developing Heavenly blog!"
One should probably be able to call it a variant of social-pornography "+ Much, much more!

I have been contacted by mail where they would report me for things on the false Smyrna blog that I have reviewed. It is strange that the police here are riding two horses.
The little I have written and said is criminal and I have to court for it.
Everything that is written about me, where I'm fair game, it is not a punishable offense anyway.
(End of quote).

Do not write and comment so much more then I have completely given up the police as a fair and objective participant. Here there is only one person to be taken, whatever the cost will. It's Jan Kåre Christensen, but it is not so easy; he is under God's wings and protection!