No. 1189: Let us as believers pray for and stand with Sylvi Listhaug who do a great job, with great wisdom and insight capabilities to answer any and every good!

No. 1189:
Let us as believers pray for and stand with Sylvi Listhaug who do a great job, with great wisdom and insight capabilities to answer any and every good!

At the latest here yesterday came nag cup Geir Lippestad with the assertion that we did not do enough here in Norway. As usual so keep these socialists in with everything we do, and escapes about the same all the time. It is only if they have the power, and advises that something is doing. Obviously this is not true, that is exactly opposite to less AP and socialists have to say, the better it gets for Norway! 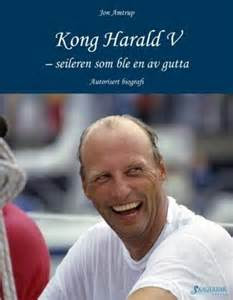 Sylvi Listhaug respond very well and in line with God's word says that God has set boundaries between nations.

Acts 17. 24 The God who made the world and all things therein, seeing that he is Lord of heaven and earth, dwelleth not in temples made with hands; 25 Neither is worshiped with men's hands, as though he needed any thing, seeing he giveth to all life and breath and all things; 26 and he made every nation of one blood to dwell on all earth, and hath determined the times and the bounds of their habitation, 27 that they should seek God, if they might feel after him and find him, though he is not far away from man one of us. 28 For in him we live and move and have our being, as also certain of your poets have said, For we are also his offspring.

We read it clearly here, "he made every nation of one blood to dwell on all earth, and hath determined the times and the bounds of their habitation."

Yes, it is true that King Harald, Sylvi Listhaug and God's word says. We in Norway and Europe has a responsibility first for our own citizens and population. So we'll do the best we can with everyone else, but not annihilate ourselves and walk around with constant bad conscience for what we can not do everything for everyone. we can only help some, not all!

On the Heavenly blog we are not so concerned with political issues, but sometimes it's just good to get take this up. Let us therefore pray for the King, and the government and all other governing. This is actually a prayer for God's will.

1 Tim. 2. 1. I exhort therefore, first of all, that made supplications, prayers, intercessions, and thanksgivings for all men, 2 for kings and all who are in authority; that we may lead a tranquil and quiet life in all godliness and honesty . 3 For this is good and acceptable in the sight of God our Savior, 4 who desires all men to be saved and come to the knowledge of the truth.

This is from a report in VG:

Believes Norway is among those who do most of the refugees

Norway has "health quota" for sixty refugees in 2016

ISTANBUL (AP) UN believes Norway could increase the quota of refugees with health challenges. Immigration Minister Sylvi Listhaug asking them to turn to other countries.

VG has asked immigration minister Sylvi Listhaug (FRP) for an interview on the issue of the Syrian refugee woman Noor, who has a nerve disease and is in a wheelchair, and struggling to be registered as refugees in Turkey.

Listhaug have black writing on VG questions, and send an email in which she expresses sympathy with Noor's situation, but rejecting the request from the United Nations to do more for refugees with disabilities and major health needs.
- I have very great understanding that Noor and other persons with disabilities and health problems who have to flee war, is in a very difficult situation, writes Listhaug VG.
- In spite of quota and a very high asylum influx to Europe, most refugees remain in the vicinity of war and conflict. Therefore, it is crucially important that we contribute to helping the countries in the adjacent areas to provide the best possible service to as many as possible, continues Minister.

Noor, who is lame in his legs and has a nerve disease that makes her increasingly weakened, is not among those who will be in "the vicinity". Three times she attempted to cross the sea to Europe, without success, and has been nearly drowned two of times.
- I know that I can die at sea, but I have only one goal: To try again, Noor said.

One of the reasons why she is desperate to get to Europe, is that it may take a very long time to be registered as refugees in Turkey. She succeeded with it, so she must again be considered by the UN.

- Recipient countries like Norway should be able to do more for refugees Noor. UNHCR can set up a list of who the greatest extent need help, but it is the beneficiary countries to decide who and how many omlokaliseres, spokeswoman for the UN High Commissioner for Refugees (UNHCR) Turkey, Selin Unal, about the case.

Listhaug believes the initiative is misplaced:

- For the government it is not appropriate to increase this quota further now. There are other countries that are front of the queue when it comes to contributing, as the United Nations should turn to, say Listhaug.
- We are also heavily involved in the work of the UNHCR and a number of NGOs. With quota refugees we accept, Norway will overall be among the European countries that contribute most. The refugees coming through quota system should be followed up in a satisfactory manner, inter alia through good health, she continues.
Have own quota

Justice Ministry explains VG that refugees with special medical needs have a separate delkvote. This is up from 20 in 2014 to 60 in 2015, and there are also 60 places in 2016. These medical grounds to be used for acute, life-threatening medical needs after detailed criteria of the UN Høykomissær for Refugees (UNHCR).
Norway also accepts people at TAC have major medical monitoring needs, but that does not fall under the definition of the medical sites, explains the ministry.
In 2015, this amounted to more than 130 Syrian refugees. So far this year, more than 50 refugees with health challenges that come outside the medical delkvoten been admitted