No. 1188: Jan Aage Torp lying again that he has urged to send children!

No. 1188:
Jan Aage Torp lying again that he has urged to send children!

Image of Reidar Hjermann who refuted Jan Aage Torp when he publicly claimed that giving kids beating was good only they also got love etc. Torp speaking here as elsewhere with two tongues, nice that he has managed to fool Manglerud police. "Good" that he can fool anyone who should and ought shown better! 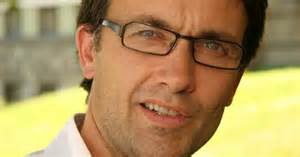 This is from Wikipedia:

In June 2007 and later in November 2008 defended Jan-Aage Torp use of corporal punishment and "educational whack 'against children as a natural part of parenting referring to the gospel of discipline and love, and with reference to the Norwegian Supreme Court decision from 2005.

Many denounced Torp's point of view, also the leaders in the Pentecostal movement, but Pastor Torp refuted even Norwegian Pentecostal leaders at this point, which he believed represented the International Pentecostal views on child-rearing, which is that a slap can live in a "total budget" of loving child rearing. Torp was summoned by the Ombudsman for a meeting where Torp were warned sharply against supporting the use of "educational whack." Pastor Torp expressed strong concern about the Ombudsman had challenged the Norwegian Church and the Bible Society to change the translation of the Bible where the word discipline is used with reference to child rearing.

Torp's son Anders criticized at the age of 22 publicly pastor parenting and argued that ward recruitment tactics directed against the weakest. Three other of Torp's six children were reinforcing the criticism, three days after posting of A Magazine. Son published in March 2016 book Jesus soldier in collaboration with Helen Egedius where he spoke highly critical of both the Christian movement he had grown up in and his father's behavior.
(End of quote).

January Aage Torp will now for all the world refuses to acknowledge anything of everything that has come to light!

Joh. e. 3. 19 And this is the condemnation, that light is come into the world, and men loved darkness rather than light; because their deeds were evil. 20 For everyone who does evil hates the light and does not come to the light, lest his deeds should be reproved 21 But he that doeth truth cometh to the light, that his deeds may be made manifest; they are wrought in God.

I can not write so much more about Jan Aage Torp and all his lies. But here's an article from NRK where truth emerges that Torp was and is for corporal punishment of children. Which he has said and written until recently.

Reidar Hjermann hit back at Pastor

Child Ombudsman Reidar Hjermann is upset that Pentecostal pastor Jan Aage Torp uses Christianity to justify the use of physical punishment of children.

Pastor Jan Aage Torp in Pentecostal church said NRK Ukeslutt yesterday that corporal punishment belong to what he calls a total picture of giving children the upbringing they need.

The Ombudsman is shaken by the statement, and he believes it is very problematic that Torp uses Christianity to justify the use of physical punishment.

- The pastor advocates seized in child rearing as both violate children's rights, making them unsafe and gives them psychological problems. It is very troubling that he thinks what he thinks, says Hjermann NRK.


Torp claims that his opinions about child rearing is built on the biblical word, but Hjermann disagree.

- There is nothing in the Bible that legitimizes the beating children, and the new translation of the Bible should now remove the word discipline. Here also removed any doubt that one can use the bible as a legal basis for hitting children, says Hjermann.

The statement to Torp came after Somali Mohammed Osman Yusuf earlier this week said it may sometimes be appropriate to rise children.

Hjermann believes that Torp and Yusuf's statements must be seen in the context of their cultural background.

- Those who have a background from another culture and another country, one can in a sense, if understanding that has less knowledge about modern child psychology and Norwegian child rearing, says Hjermann.

But Hjermann think that Norwegians are raised in Norway, does not have any excuse to hit children.

- Those born and raised in Norway, should have been joined by what is harmful to children, what is allowed and what is not allowed, says Hjermann.

- Children know who is right

Hjermann think that children should understand who is right in this debate.

- Barna notes that the vast majority of adults take total and complete distance from all forms of violence in child rearing, making children safe, says Hjermann.

Hjermann will now contact Torp to try to change the pastor's attitudes towards punishment of children.

- I will immediately invite him to the Ombudsman's office to see what it is that makes him have such primitive attitudes to raising children, says Hjermann.

We would also encourage the Ombudsman all denominations and churches to come forward with their attitudes about parenting and violence, so that any errors can be corrected.
(End of quote)

Here from the judgment there Jan Aage Torp was fouled in the Press Council. Torp lie simply, it is not true what he writes and speaks. He has always defended those who turn children, so for many, many years!

It was Pastor Jan-Aage Torp who complained an Our Land-comment where he is cited as an example of a person who is obscured in the debate on corporal punishment against children. He complained newspaper in for violating the Code of Ethics Section 4.14, the right to contemporaneous rejoinder.

"I am writing this because there are still some indistinct voices out there. Some of them have spoken out for stories about a Norwegian-Romanian couple who lost custody of their children. Jon Hustad is one of them. Pastor Jan Aage Torp another. They seem not a little violence against children is so dangerous. I think they have said is a betrayal of the most vulnerable. They may not have influence over so many, but their signals could be dangerous for some children. "Says the commentary.

Our Land dismissed the complaint and pointed to a series of blog posts, articles and video performances where Torp promotes his views on corporal punishment in the upbringing.

Press Council believes not Our Land has violated the Ethical Code and concludes that there are not strong enough allegations of a factual nature.

"To committee sees it, does not contain the impugned section strong allegations of a factual nature. Instead, this is about how the writer perceives and considers the complainant's statements in the ongoing debate. It is clear that it is about commentator's opinions, which triggers corresponding law (ref. Code of Ethics Section 4.15). In the Committee's view, the statements within the ceiling space as a running debate must have and some complaints, which have strong views, you must accept. "States the PFU assessment.

- What I initially thought was about Our Country could prove that Torp has been obscured in the debate, as does the elegant with several references. They have solid reason for what Torp has stated and Our Country is very well within the ethics of journalism on this issue, says its head Alf Bjarne Johnsen.

He believes it is evident that this is a comment and think our country should have credit for that they put the topic on the agenda.

Henrik Syse sits on the committee as representative of the general public and believes that this must be within the newspaper as debate forum are allowed.

- It is important that they are open to similar, but the allegations do not constitute a harsh indictment of a factual nature. Torp is so clearly present their statements, that this must be within the ethics of journalism defender. We are talking about sensitive questions with strong emotions, but it is our task to try to bring out this, he says.

Yes, Torp is and will remain a manipulator and a mockery apostle.
Here is an article I wrote about Torp lyving, see here and read for yourself:

Jan Aage Torp is caught lying when he says things to the police and something completely different today.