No. 1183: Parents who "turn" their children are not necessarily bad parents, and who can stop "beat"!

No. 1183:
Parents who "turn" their children are not necessarily bad parents, and who can stop "beat"!

Has followed in recent times regarding the parents who were deprived of their five children.
As this matter emerges, then CPS simply unreasonable, bad and evil to these parents who have managed to create a safe, pleasant and harmonious home for herself and her five children. Despite the fact that they have turned their children.

Parents who "turn" their children are not bad parents. But they only need guidance and some good advice. In Norway it is by law not allowed to hit children. In other words, it is about giving parents than chance!

What is the child protection do? They do not give parents an opportunity, but deprived children with care takeover. When parents admitted that they had been heavy-handed. But is this reason enough to take over five harmonics and handsome children? No, but the pliers as all other parents some advice, guidance and told what Norwegian law says. Then we had this matter been over long before it had begun!

When a drug addict and an alcoholic can stop taking drugs, then surely such resourceful and harmonious parents and people eventually hit their children if given an opportunity ?!

I'm convinced that had happened in this case. But what did the child welfare? They ran a case against the parents long before they had the chance to prove that they could change and improve themselves!

Is it better with eg. to lock the kids in a separate room? Or other forms of punishment? I believe that all parents need some advice and guidance, here are these parents obviously been deserted by the right child protection. They were gone in, had a meeting with both mother and father. Told them and guided them. Then we had this issue been resolved long ago!

Here an article that I wrote about child protection a few years ago:


The last I know that CPS has begun is to take children from eg . grandparents who want to have grandchildren at his home when parents are unable to care for them . And place them among lesbians couples. Satan uses in truth the Norwegian child welfare ! Let us turn call on those who want to take care of their children or grandchildren. Children have always best to stay with anger parents or relatives according to the flesh roughly exclusively . All research and word of God says the same thing. No one can love a child as their own parents. This also showed Kong Salamo .


Lesbians parents are 100 % against the word of God and are governed by the same lawlessness that gjengiftede Christians . This is going far beyond the good creates arrangements. Picture of Anja Edin, Gro Hammerseng and son Mio . It is in such families Norwegian child welfare authorities have begun to place children with lesbians . 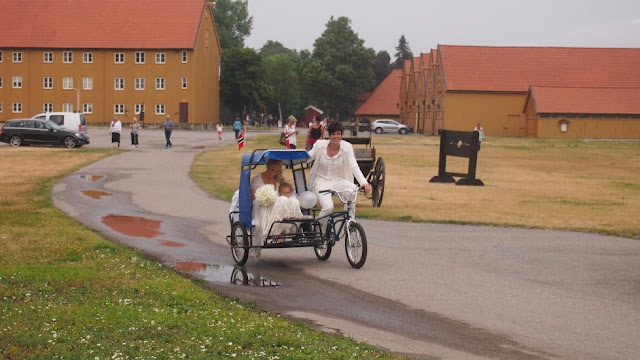 Examples of what others have written about the Norwegian child welfare :

Lost my son at the hospital

A few hours after birth child protection came into the room we had . As he lay in my bed since I showed that they came to take him. Right after them had gone down so Mom asked them " you're going for and take the kid ? " . YES , said child protection. I knew I was completely broken , the tears began to flow and I just thought " let them take my baby ? ! ? " . She said from the child welfare I got 10 minutes with him .

The reason that child protection said they took him for was that they did not think I would breastfeed him , they thought it was harmful if he was home with me from the hospital and that I showed care and love.

Chased by the CPS .


It was Tuesday afternoon I had received notice to report to child welfare services. When I came in I was informed that those came with uniformed police and brought both my boys . I reacted by leaving the office . But when got them for me was to have me in the office by force. I went straight home to the boys. I had to tell them what was going to happen .

12 year old fell out basis and cried and clung to me. 14 -year-old ran to the window. And now burst into tears them both. Mommy where kjæm them . Come and see. And there was a police car with three uniformed police officers and three women of child protection. We got a brutal treatment. The kids were terrified . And for me this was totally unreal.

The fight against child welfare

I have experience of child welfare in several places , forming a picture of a miserable child with staff who ignore facts and rotate around.

CPS says I moved too much , 3 times in 13 years . When child welfare took my boy moved him 7 times in 2 years! These are just some of my experiences


"Hey Mom, what 's that? 'I replied in the tube when the phone rang . "You must come home now Mette , you must hurry up " I heard my mom said the pipe with an anxious voice. "May I go to Elsa later today then? We have just started to bake muffins. "Said I was a little disappointed back . "Of course my girl " was the last thing that was said before I heard the beeps . She had put on .

In the living room set mom on the couch , but it was not just my mom who was sitting there. Two unknown women sitting there too and they asked me to come over . I saw that my mom was crying and I was a little scared. Slowly I walked over and sat down with my mom. " Mette , you can not live with your mom right now , you should stay with visits your home for the weekend " said one woman as she tried to get closer to me.


Child Welfare Services in Norway has its good sides, and sometimes they are necessary . Particularly where there is substance abuse and violence within the image. But they are an eyesore on the Norwegian society, and they are rooted in the socialist and communist Norway where AP and SV stands strong . Let us pray for the intuition , but the way it works today is in many ways dangerous, vicious and seems counterproductive.