No. 1182: The phenomenon Jan Aage Torp exposed and stripped of all Norway. But what can we learn from his miserable and unsuccessful life and ministry?

No. 1182:
The phenomenon Jan Aage Torp exposed and stripped of all Norway. But what can we learn from his miserable and unsuccessful life and ministry?

In many ways it is tragedy in Jan Aage Torp, but there are all those around him who thought they had found what they were looking for. But what they experienced? They experienced being cheated really everything!

Now the same in Jan Aage Torp managed to fool both Manglerud Police and the Oslo District Court. What will be next, he will deceive and manipulate? No longer their own family, they have seen through him. But it must be Borgating Court of Appeal and on the Supreme Court. Here we are talking really about a professional crook who knows how to push both the one and the other around her little finger. But the scripture says, that they can not hold on forever. They will be collected and disclosed, finally!

2 Tim. 3. 9 Dog, they will not get more progress; for their folly shall be manifest to all, as theirs also came.

Image of Haman - who built a gallows for Mordecai - but were hanging yourself! In many ways, Jan Aage Torp's life in the same way! 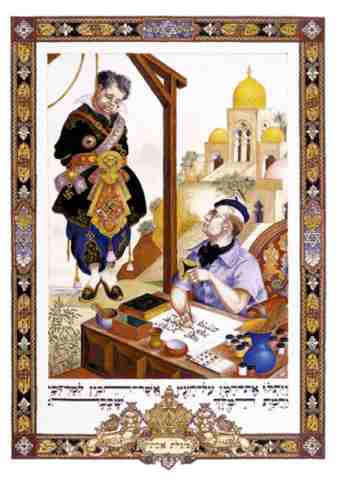 Room. 15. 4 For everything that was written, were written for our learning, that we might have hope through endurance and the encouragement of the scriptures.

I think for the next generation coming they can take lessons and take "alternate" to put themselves into January Aage Torp and his handling of the scandal that has been prevalent over his life and ministry this year!

Here it is obviously a man who does not realize that he has been revealed to Norway, and there are no people whether they are believers or non-believers who have confidence in his life and ministry.

Then this I write here, for we should take lessons. I could have written so much, but will bring short just ten points or sides.

1.) Jan Aage Torp has priority over his own family for the "Service"!

This is the worst priority and most unbiblical priorities we have.

1 Tim. 5. 6 But whoever lives according to their lusts, is living death. 7 And this shall command, that they may be blameless. 8 But if any provide not for his own, and most of his household, he has denied the faith and is worse than an infidel.

2.) Torp has titular with Pastor and Apostle, without having any qualifications for the mission and service. The apostle Paul was humble in relation to their own outfitting and ministries.

Room. 15 17 I have therefore glory in Christ Jesus in my service to God; 18 For I will not dare to speak of anything except what Christ has accomplished through me to lead the Gentiles obedient, by word and deed.

3.) Torp fighting a public battle against his own son, who is just a product of his own father. This is a battle and a fruit Torp head does not realize that he himself is responsible.

4.) Torp is re-married as a believer, he is a ektespasbryter, adulterer and fornicators / sin by God's word!

5.) Jan Aage Torp does not make up for some difficult situations, no set up for him either!

It's created a blog that goes out on a thing, as Jan Aage Torp encouraged to fight me. In retrospect, he says he has nothing to do with the false Smyrna blog. But here falls in January Aage Torp's credibility as a rock in the water. He warns not publicly welcomed this blog who rubs everyone and everything!
Any other in similar situations who had had a normal range of emotions course had publicly warned. It is here Torp major weakness in his character is, his ability not and has not empathy over anyone but themselves! In other words, we know what psychiatry describes such people. As one does not have to repeat, but Torp fall through as a Christian preacher and compassionate at all points!

6.) Torp goes to secular authorities to prevail, something God's Word warns against!

7.) Jan Aage Torp does not see that his days as pastor is speaking, it testifies to no or minimal self-awareness! There are so grave and serious that Torp has been doing with essentially their entire lives. But then it says in Scripture that what we sow, that we reap, that is what is now happening with Jan Aage Torp.

From my commentaries Galatians 6 7 Do not be deceived, God is not mocked. A man soweth, he shall also reap.
This to harvest and then apply to all people at all times. Before, during and after the law. It is also called the Law of Moses that your sin will find you. No one can go with hidden sin in life and heart, everything will reap sooner or later.

Heb 10, 26 Synder we deliberately after we have learned the truth, then there is no longer any sacrifice for sins. (See 2 Peter 2:20, Matthew 24:45)
It is clearly revealed in the New Testament that this is an ongoing conflict as long as we are still in nature (flesh), but that life in the Spirit is our state united in God. The flesh is real even after salvation and experience the contradiction between the law of the flesh and the Spirit in greater or lesser degree. By prayer, fasting, faith and struggle one goes from life in nature - by adding flesh dead - to the life of Jesus and the Spirit. Here comes the Holy Spirit's help because we built up in faith, gifts and power as we grow and mature in faith. Everyone must give his life to Jesus and put all burdens on Him (Romans 8:26, 8:34, 1 John 2: 1, Matthew 11: 28-30). We must all be salt and light, help and guide one another in love.

9 Let us not become weary in doing good. When the time comes, we shall reap, if we only do not give up.

Showing you goodness, you will reap goodness. One day you can give, another day it's you who needs to get. Then you'll get plenty left if you have sown plentiful.
But management also applies to my CHRONOS time. I have managed my time right when it comes to seeking God, I have found the right balance between work and rest, involvement in and outside the home, involvement in church? God has something he wants to teach us here. But then we start with him.
We never read in the Bible that Jesus was in a hurry. He had time for everyone even though he had a lot to do. But then he did just that his heavenly father had decided. And it seems that knowing what it was, he got in the quiet morning moments when he was alone with his heavenly father.

10 So let us do good to all as long as there is time, and especially to those who are our brothers and sisters in the faith.

Notice the use of language: our brothers and sisters in the faith. It is quite natural in a family that there is a special relationship with the mother and father and to whom I'm married to. It is also quite natural that I feel a greater closeness to a brother and sister than to other people. If I close my eyes, I can probably say that I should love everyone equally, that I should pay more attention to my brother than to a beggar on garbage heaps in Bangkok. But that's not the way life is. I do not forget the beggar on the garbage heap in Bangkok because of my sister have a greater place in my heart. Also, I would be torn completely apart if all the world's people should have as much room in my wallet as my children. Healthy logic and human thinking are also spiritually.

8.) Jan Aage Torp's "scarce" as Pastor is clearly a lack of empathy!

When Torp again and again publicly attacking even his own son, which like any other normal human being had remained too good. So attacking and attacking Torp even his own son and family! Then capabilities than not to see any relationship in life than from their own selfish and self-centered point of view!

9.) Jan Aage Torp completely ignores his own family and children, and holds appeal and writes against BV. Something he should consider himself lucky face that they did not know this until the kids were grown.
Look here:

10.) Torp leaving many with him in his fall! Therefore, it is about to do to the comet away from him so that one not being dragged into the undertow.

In many ways, Jan Aage Torp also in his madness is person we can learn a lot of how things should not be done!

It can look so right and good, nice and no rips in sheets. Such was the contemporary believers who hated and got Jesus killed, there is something of the same with Torp.

Torp has never had the ability to build relationships and compassionate contact and security is gone. This he has failed at all levels, in particular the two most important. In his own family and the people who come in our way, Torp has not at all succeeded and had love. He is a consumer of people!

It's like he did with my Serbian friend who he got 1.5 Million from. When this came up then proceeded January Aage Torp first to say that he is quite ill. In other words, he had accepted 1.5 Million from a rather ill person. So I asked him how he stood against him today. Then I got the response that he got to fend for themselves. So I asked again if he would give back the money that he had received from a rather ill person. Then I got no answer. This tells me that Jan Aage Torp is not a believer, but this is an excuse for everything else!

I'd never taken 1.5 Million in from a fairly sick person!