No. 1178: Jan Aage Torp emerges in full bloom as a psychopath when he attacks the CPS when he should have been deprived of their kids!

No. 1178:
Jan Aage Torp emerges in full bloom as a psychopath when he attacks the CPS when he should have been deprived of their kids!

Review by Jan Kaare Christensen of the book "Jesus soldier" by Anders Torp and Tonje Egedius:

Forked tongue - illustration image, the person in the picture has nothing to do with it! 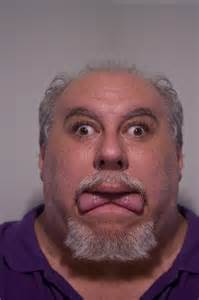 After reading the book by Anders Torp "Jesus soldier" so realize one had this come out while January Aage Torp and Ann-Christin had their six children. So they had never gotten had the care of these children with waterboarding or waterboarding, fråding, exorcism, manipulation, hersketeknikk of children, unkindness, hardness, and mostly as otherwise one can mention in negative respect.

What makes January Aage Torp? Attacker and instructs CPS how to proceed, he should praise themselves happy that the truth about him and Ann-Christin has not come out before now! How can day and newspaper Norway today lan he hold on? And attacking everything and everyone?
I do not get that one could be so blind and deaf that these editors of these two papers obviously must be. Where are you -Selbekk and the rest of you? Stand up and be men! Yes, men of God!
Lagt inn av Jan Kåre Christensen kl. 08:35