No. 1351: The first free friends and Pentecostals hate those who practiced sports, primarily those who ran organized sports! Today it is almost the opposite!

No. 1351:
The first free friends and Pentecostals hate those who practiced sports, primarily those who ran organized sports! Today it is almost the opposite!

Picture of me when I kicked active football, something I really did until I was forty, when I played my last game yet! Now it swimming I'm doing the exercise, it is healthy to do sports. It is my opinion about the "old" Pentecostals and free friends did not see it exactly the way! 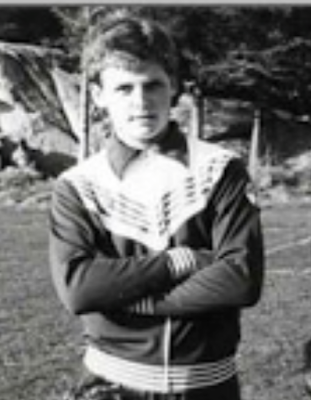 I saw an interview with David Ostby his son talk about his family life, today as Pentecostal and Christian.
I had to chuckle to myself when I heard him tell that he went with his son on the football field, something he had never done even in their whole life.

Why? There was sin before exercising, the least organized sports. Did a it and changed a meeting, was an almost apostate. And then was a poor role model etc.

Remember well that I like nyfrelst and simultaneously drive with active sport heard again and again the following: "Now Jan is not football that is important anymore, but Jesus. Football should put on the shelf you know Jan! "

Yes, it's true, but I reduced to practice to such a degree and that I had built up expertise. That it went whistle, if it was God's will can be discussed. Think it's much better to train with "way"!
But one thing is certain, relationship to sports and football is totally different today than it was then, certainly both posetivt and negative ?!

Here an article from the newspaper Our Country which I thought was very inntressan:

A quiet revolution
Through the 1900s counted Pentecostals sport that sin with the same naturalness as dance, alcohol and extra-marital sex. Then there was silence.

In 2002, a new tradition launched on Nyhemsveckan, the Swedish Pentecostal summer conference. It coincided with the World Cup, and Sweden were to meet Senegal in the eighth final. Instead of allowing the participants to find their own televisions set date lead up giant screens in the tent of meeting. How did a couple of thousand expectant Pentecostals share the disappointment when Sweden eventually lost the game.
The tradition is here to stay - also this year were football shown on Nyhemsveckan.

Today it's considered of course, but for Lewi Pethrus, Thomas Ball Barratt and other Pentecostal pioneers had been unthinkable. Through the 1900s counted Pentecostals sport that sin with the same naturalness as dance, alcohol and extramarital sex. The sport was considered something that steals time and focus away from God.

At a young ecclesial movement is changing in some areas, is not in itself strange. But the change of vision in sports in Pentecostalism has apparently happened without discussion. First was the sport banned and criticized, later followed - in the 1960s - some years of silence. Then, in the 1970s, it is accepted, and football dolls such as proposals for an appropriate activity for youth camps.
Suddenly one has changed. But you're looking in vain for settlement, reflections on the change of course or explanations on why they changed.

This quiet change of course is not a work accident, but some Pentecostals have used as a method. Researchers have described the dismantling of sin directory and change the practice of church discipline as a revolution quietly.

And the quiet revolution is still ongoing. The stigma of divorce is gone. The acceptance of alcohol is widespread. At least a third (37 percent) of the Swedish pinsepastorene drinking today alcohol. The numbers are probably higher among members. The attitude of cohabitation and premarital sex is about to change. Within a year, there are likely to be changes in views on homosexuality.

One thing is that a society change standpoint, the problem here is that it occurs without real debate. It gives the impression that it is rather sociology than theology that is instructive. Thus, when a sufficient number of the Assembly have been through a divorce, or have children who live in cohabitation, disappearing stigma. Assembly adapts the new sociology.
That course change occurs silently, also creates the impression that it happens unconsidered. That there are no principles, but rather lack of principle behind. When not explain theologically why something is no longer a sin, it seems that they only operate with the zeitgeist.

Reflections after I brought this up in the Swedish newspaper The day this summer, was speaking. Some pastors approached and believed that certain were talking about these things. Meanwhile, let a long line of regular members themselves heard. They thanked for that someone finally took up a theme that they had wondered much over. The impression was, in other words that the pastors have talked a lot with each other, but not so much with their congregations.

But not to explain to people who have made radical life choices, perhaps deselected sport in favor of church affiliation, why views on such issues has changed, is to depart from their pastoral responsibilities.

Moreover manage the lack of adaptation to an uncertainty in the movement. Where are we headed and what is the next thing that will be changed?

Is a leadership that takes responsibility for theological Pentecostal direction? It is unfortunately not! But I Jan Kåre Christensen does, and here at the Heavenly blog!