No. 1355: Donald Trump and Jan Hanvold one could have thought were identical twins when both are divorced and re-married for the third time and make any statement totally beyond!

No. 1355:
Donald Trump and Jan Hanvold one could have thought were identical twins when both are divorced and re-married for the third time and make any statement totally beyond!

Photo of Donald Trump, which is like a twin soul to Jan Kaare Hanvold when both are divorced and re-married for the third time and condemn other northern and down, while even they live as suits themselves best!
This requires a lot of others, but very, very little of themselves! 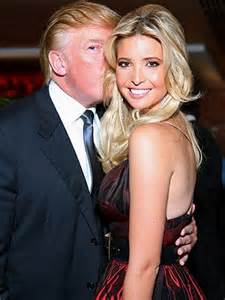 From my commentaries Ephesians 5. 1. Have imitators of God, you who are his beloved children.

Strong words, but true. Think that they are hard to follow just like that both non-Christians and Christians. Suddenly talk of things that are "foolish talk," as Paul says. But we must also remember that we do not have to constantly go in fear of doing something wrong. We end up on the wrong-side anyway in a while, but it's very nice to think that God will always help us over in the right-side if we are willing to let Him do it.

2 Live in love, as Christ loved us and gave himself for us as an offering, a fragrant offering to God.

The burnt offering that was not one of the obligatory sacrifices, was brought voluntarily. Likewise, Christ gave himself willingly to God as a sacrifice: "No one has taken my life; I give it willingly." (John 10.18)

3 Hear, all uncleanness and pengejag must not even be talking about with you; Such shameful for Christians.

James 4: 5-6 Or do you think there are empty words when Scripture says, With holy zeal requires God the spirit he has made to dwell in us. But greater is the grace he gives; Therefore it says, God resists the proud, but to the humble he gives grace.
He requires something back because he has let his spirit live there, greater is the grace He gives the humble. What does that mean? God will see results. He is not talking here about the grace that forgives, but the grace that is breeding. James is talking about the equipment you get to live a dignified life, when you represent your Creator.

4 Dirty stories, foolish talk and coarse jesting is also inappropriate. Rather say thanks to God!

What language should we choose to use? It's in the Bible, Ephesians 5.4. "Dirty stories, foolish talk and coarse jesting is also inappropriate. Rather say thanks to God! "
One of the commandments forbids the misuse of God's name. It's in the Bible, 2nd Genesis 20.7. "You shall not misuse the name of thy Lord, for the Lord will not be abusing his name be guiltless."
God asks us not to use bad words at all. It's in the Bible, Colossians 3.8. "But now you must rid yourselves of all such things as these: anger, wrath, malice, slander and crude talk."
Our attitude towards life is reflected in what we say. It's in the Bible, Proverbs 13.3. "Whoever guards his mouth preserves life, but he who speaks rashly itself."
Those who follow Jesus should rethink what they say. It's in the Bible, Colossians 4.6. "Speak always friendly words, but let them have seasoned with salt, that ye may know how to answer everyone."
Our language affects the people around us. It's in the Bible, 1 Timothy 4:12. "Let no man despise you because you are young, but set an example for the believers in word and deed, in love, in faith and in purity."

5 For you to know that no one who commits adultery, living in immorality or covetous man, and therefore you worship an idol, be partakers of God and Christ's kingdom.

What is fornication in thoughts? Unclean and immoral desires. God sees all this, for he knows the heart. Matt 5:28 But I say unto you, That whosoever looketh on a woman to lust after her has already committed adultery with her in his heart.
Remarriage for believers is to initiate an unclean conditions that will benefit both ourselves and others into perdition.
Failure to live according to God's word, is something that Scripture equate with being an idolater!

6 Let no one deceive you with empty words! For there is such a thing as doing God's wrath affects the disobedient.

There are plenty of people who will say that it is not so dangerous. God has forgiven, others are judgmental and arrogant etc. No, it is the words of Scripture as the sole and our guideline here, nothing else!

7 Do not common cause with them!

It is always in this time the household enough and more people who will tell you what Satan will what God wants. Satan is ruler of this world and God. Are you saying yes to sin you say yes to darkness. We are encouraged to not make common cause with the world and the flesh children. We must all take care not to not fall into the enemy's clutches!
(End quote).

Here's what Mister Hanvold writes about the person he obviously equals and admire:
In December 2015 wrote Jan Hanvold following on his official Facebook page on KrF and US policy:
"Although Knut Arild is a nice and decent boy. Is his policies completely behind. In the international perspective, then it's amazing to look at Donald Trump "!

Jan Hanvold printer that is:
"Then there are stunning to look at Donald Trump"!

I can not take what Donald Trump when really Jan Hanvold statements are on his level, it tells her.

That believers be deceived fool of Vision Norway and Jan Hanvold is me totally incomprehensible!

How long have we come away from God when Hanvold can be perhaps the most prolific Christian preacher? And as fleas Christian Norway for 100 Million In A Year?

Here are some of Jan Hanvold statements that are in the same primitive level as Donald Trump's statements, both are really as similar as two drops of water.

They have very much in common. Both are divorced and re-married three times. Capabilities to dritte out others, and even goes "free"!


They see themselves as men, but actually the opposite. With their primitive and poor ethical and moral life and realities!

These are people whose abilities make themselves admirable, but that in no way whatsoever follows the standards they require for others! I am convinced that a leader who is unable to restrain himself, who lacks self-control and comes with such crass comments. They are not fit and able for a task manager!

When one thinks about that Jan Hanvold to be a Christian. Yes, a preacher Pastor and Apostle, then realize one that here we are dealing with a false prophet as Jesus warned against would come many of the end time.

Matt. 24. 11 and many false prophets will arise and deceive many.

Here are some article about Jan Hanvold many horrible and strange statements and opinions!