No. 1348: Whoever causes one of these little ones which believe in me, for him it was better that it was hung the upper millstone around his neck and he were drowned in the depths of the sea!

No. 1348:
Whoever causes one of these little ones which believe in me, for him it was better that it was hung the upper millstone around his neck and he were drowned in the depths of the sea!

Picture of me and my wife Berit. Had not conveyed this message without all had been in care in my own life, it is the condition for everything we do in the kingdom of God!

Room. 15 17 I have therefore glory in Christ Jesus in my service to God; 18 For I will not dare to speak of anything except what Christ has accomplished through me to lead the Gentiles obedient, by word and deed, 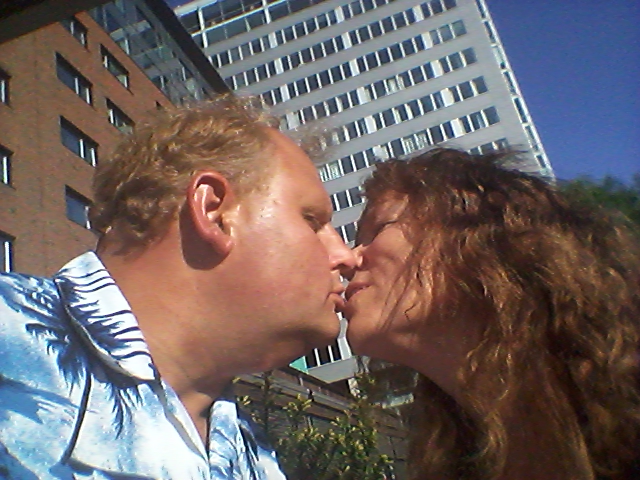 Matt. 18 6 But whoso shall offend one of these little ones which believe in me, for him it was better that it was hung the upper millstone around his neck and he were drowned in the depths of the sea.

The guiding people to assume this role. In fact, it is not well some of Jesus' teaching that is so sharp against them.

Jesus himself was a teacher - Rabbi and there was no criticism of him, he was perfect.

But for us, like me and others who will guide others, we show the wrong way so the verdict is against us "tough"!
Therefore, not many of us would rather be supervisors.

James 3 1 My brethren not many of you become teachers, seeing ye know that we shall receive heavier judgment!

Let me give two examples of bad and erroneous advice.

Here it from TOSKO as it is described in various papers.
Blue. in the newspaper's Day: http://www.dagen.no/Nyheter/ekteskapet/%E2%80%93-Kristne-tar-for-lett-p%C3%A5-gjengifte-391072

During the break this Saturday meetings Christian Press Office a divorced Christian woman and man. For the benefit of themselves and their former spouses, we have given them the fictitious names "Berit" and "Knut".

They are both 58 years and have been separated from their spouses for many years. But it has not taken away from them the hope of a time to be reunited.

- When I married so it was clear that this I do for the rest of your life, telling Berit.

Her voice cracking and she takes to tears. Her seven years younger man traveled from her in 2003. Berit met him in town and they had two children together in marriage that lasted 10 years. He was not a Christian.

- I think he had thought long that he wanted out of the marriage before he finally came up with it. He was used to commit adultery and fornication from before and continued enough in the same court in marriage. I used to trust people, but has enough in retrospect that he was not entirely to be trusted, says Berit.

When the man announced that he wanted a divorce was Betty's first thought was that if the marriage would not last a lifetime, so she could not believe in God anymore. Faith in God and faith in the sanctity of marriage hung so strongly together.

- I gradually realized that I just have to stand in faith. Whether he is cheating and does not keep his promise, so I have given a promise I intend to keep whatever he manages to, because I believe in God.

During Saturday's gathering shared a married couple's story of how they found each other again after the divorce. Betty's Hope is that God also will reunite her with her husband.

- I hope that he is a Christian and that we can be a family again. For it's our kids missed, says Berit tearful before she continues:

- I have prayed to God that we can live together as Christians, and that we can be a witness to others and live a life in God, she says.

Here is an example that remarriage is not allowed, when they entered into the marriage as a believer, in other words, were the children of God - children of light.

Knut has been separated from his wife for 14 years. He saw himself as a wholehearted Christian and was actively engaged with relief and evangelism.

- We got married after knowing each other for a short time and met quickly to problems. We fought a lot, we had few common interests and I had at times a violent temper, admits Knut.

Gradually also took alcohol control. It meant that he was almost unbelievable.

- It was really just because I was so drunk that it was not a physical infidelity, he said, adding that the incident further aggravated the situation and that his wife shortly thereafter wanted divorce.

Before he was separated had not Knut made his many thoughts on what the Bible says about divorce. That changed when he came across an article written by the then bishop of Pakistan's Lutheran Church, Arne Rudvin.

- I got to meet him and we had great conversations about what the Bible says about the lifelong commitment of marriage. Had I not been convinced what God's word says I would easily have been enticed to find me someone else, says Knut and says he has asked God for forgiveness for his past conduct.

Although it is now 14 years have passed since his wife left him, hoping and praying also Knut that he would one day get to experience to be reunited with his wife.

- I was scared when I saw how few Christian leaders and people around me took marriage seriously. I have experienced being laid hands on and prayed for that marriage links must be broken and that "everything must be new" so I can find another. I thought for a while even that this was right, he says.

- Most children have a desire that the parents should be fond of each other, says Knut and mentions the time he would tell his children that he would move out.

- The two oldest cried. But dopey at 5 years was silent and went out on the porch. When I arrived after I managed only to say that I loved him before he interrupted and said: "I will not listen, go and kiss Mom!", He says with a laugh emotional.

- Divorce Children will often try to be loyal to both parents. But in reality they have been betrayed, he said.

Barclay Stevenson believes all Christians who want to marry should be through a rigorous course first. He thinks some young Christians take snap decisions.

- One should really ask God for the right spouse and not get married until you know that it is God's way for me, says Stevenson who also emphasizes that God can restore marriage, even those who came lopsided from the start.

- No matter how the condition is early in a marriage so God can restore it. No marriage is simple. At times it can be very tough and one can struggle with big problems. So it is required that both are set to go the way of God, says Stevenson.

Jesus' words are reasonable dramatic: "He who seduces one of these little ones which believe in me, for him it was better that it was hung the upper millstone around his neck and he were drowned in the depths of the sea!"

For my part, I am reasonably boldly for two reasons. One is that I'm not re-married, the other is that I have received revelation about this.

Then, a meeting with so powerful words of Jesus primarily humble. But at the same time, there must be someone who is able to speak and learn about this.
I think that I and the Heavenly blog is such a mouthpiece for God.
Hence the tremendous resistance yet.
We convey a message in from heaven!