No. 1349: Christians do not believe that perish if one lives in sin, yet profess the name of Jesus!

No. 1349:
Christians do not believe that perish if one lives in sin, yet profess the name of Jesus!

Photo by Derek Prince who was a great Bible teacher, but even poorer judgment that he could be a believer marry a divorced lady! 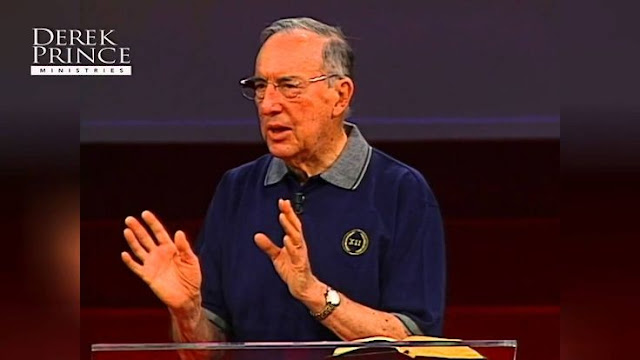 1 Cor. 12. 2 know that when ye were Gentiles, let yourselves dragon to dumb idols, according as ye were gone. 3 Wherefore I give you that no one speaking in the Spirit of God says, Jesus is anathema and no one can say Jesus is Lord! but by the Holy Spirit.

All Christians, and it happens, we fall into sin. It is possible to say Jesus is Lord, but it is to have Jesus as Lord we need God's Spirit in order to clear!
This is "normal" that we sometimes fall short, but it cleans the blood of us constantly.

1 Jn. b. 2. 1. My children! I write to you, that ye may not sin; And if any man sin, we have an advocate with the Father, Jesus Christ the righteous: 2 And he is the propitiation for our sins, and not for ours only, but for the whole world.

Is it so that it is once saved - then you always saved?

Think seriously, we face a holy God who does not accept sin or any kind of disobedience from our side. We have Jesus, but he can not vouch for us if we want and choose to live in sin. Eg. live as gay, be re-married or in other sins. When will the blood of Christ have zero effect and significance.
If we choose to live in one or more proved sins.
I'm very, very happy that it is possible to come to God, no matter what he has done. Even as a Christian, and as me to have been a believer for over 35 years.

Let me take a concrete example!

Jan Hanvold have confessed that it was a pity to separate and marry. He confessed sin for quite so much, but it remains the most important. What?

He does so much good saying a lot. Then God will have mercy on him. He confessed his sin say others. Third says that he believes at least. And others say different, but anyway. The most important thing is missing, and the hardest. What is it?
To repent, and come in a legal position to God, and what is it?
He must either live single, or return to his first wife.
This sounds difficult? Yes, of course it's very difficult, but must Jan Hanvold not do anything with the life he has chosen to live?
Of course, he has even brought himself up in this situation and must "self" solve it. He must take the first steps, and so it is that he has to leave Inger who is not his wife by the word of God, but his mistress after God's word.
In other words, Hanvold fornicators and adhere to a harlot and will perish eternally, no matter how much he claims that one or the other!

Has so much more in store here, but this has been so powerful, that I think that for most people this is more than enough to dwell with and ponder.