No. 1350: Bishop Tor Berger Jørgensen is determined that none perish, this is so contradictory it may remain that our choices no consequences or get!

No. 1350:
Bishop Tor Berger Jørgensen is determined that none perish, this is so contradictory it may remain that our choices no consequences or get!

Photo by Jan Aage Torp who have gone forward so bad it is possible to destroy his own family, and try to destroy me and the Heavenly blog with a fictitious review and more. If I were to have met such a person in heaven, the heavens had been no heaven. It is clear that there are two exits on life. Whether an eternal glory with God and Jesus. Or so goes the lost, and here there are different opinions what perdition includes. 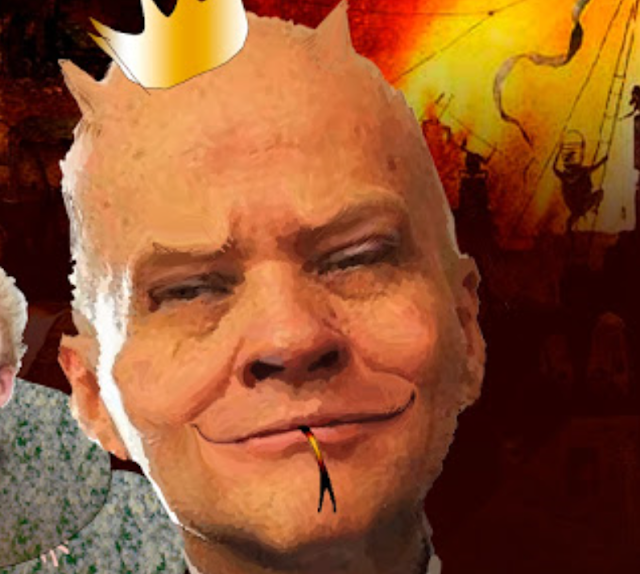 But scripture is very clear that life has two exits!


This writes Bishop Tor Berger Jørgensen:
The Bible says that once must all bow the knee and confess that Jesus Christ is Lord.
It does not assume that any should perish, come hell or live away from God forever.
It's time to say this clearly.

This verse is then very easy to parry. This year Rosenborg champions, and this "confession" allt, but there are still few of anyone who "confess" that Rosenborg won the series which is Rosenborg trailers. So it is with Jesus, that many will, or all will confess that he is Lord. It will not say that everyone recognizes him, ellet Jesus recognizes them.
When interprets a a scripture so badly it is possible to do!

This is from my commentaries mentioned passages:

Philip Wiper Letter 2. 6 He was God,
but did not consider robbery to be equal with God.

Here is the incarnation. Jesus as the firstborn and only was Father fully equal and Father shared everything with. Jesus was in his preeksistens with the Father from ancient days of said Mika. But in the fullness of time he came into the world and became a man. God himself descended into Jesus Christ.

7 He renounced his own,
took on the form of a servant
and becoming like men.
And being found in appearance as a man;

We read several places about the intimate contact there is between the Father and the Son. Joh.e.17. 4 I have glorified thee on the earth when I finished the work you gave me to do. 5 And now I ask you, Father, give me the glory which I had with thee before the world was. Jesus renounced this glory of 2 reasons.

1) It pleased the Father that Jesus showed 100% submission to his will.

2.) When he became a man he could reconcile our sin and die in our place.

8 he humbled himself
and became obedient unto death, even death on a cross.

It was a humiliation for Jesus to be a human being and eventually suffer a criminal's death by dying on a cross. But he was obliged against his Father just as Isaac was in 1.Mos.b. 21 But Jesus was not only belittled in his death, his whole life was a humiliation with the way he was treated, mocked and opposed. It culminated in a total legal protection way to be judged on the front of Pontius Pilatius and at later when the verdict was carried out at his death as a punishment.

9 Therefore God exalted him
and gave him the name above every name,

Since he was so humiliated he was also elevated. God has already exalted him but unfortunately do not see the vast majority of people this, but we as believers see it, hallelujah. Jesus has a name that is greater than all. Disease, problems and afflictions, Kings, Presidents and all other names and titles!

10 that every knee will bow in the name of Jesus,
in heaven and on earth and under the earth,

All present in Heaven bent enough for Jesus after he came back, except the Father. But one day all the earth shall do it. Underground must be understood by all people who have died and all demons, Satan himself will one day bow to Jesus and had to acknowledge what we rescued already doing; Jesus is Lord!

11 and every tongue confess:
Jesus Christ is Lord, to God's glory!

Now I mentioned this already under v.10. But to confess Jesus as Lord is a sign of one is saved and born again. When Jesus is Lord there is none beside Him as Lord. Idols, head of state, religion founders, other skilled and talented people, but they never come close to Jesus because he is the King of Kings and Lord of Lords (Åpenb.19.16).

Here part related article on this topic that I advise you to read: