No. 1352: Those who helped Jews and others during World War 2 has been honored with a memorial park in Hekkveien 9 oppaforbi Carl Berners Plass!

No. 1352:
Those who helped Jews and others during World War 2 has been honored with a memorial park in Hekkveien 9 oppaforbi Carl Berners Plass!

It has been established a private park that everyone should go to watch.

This is from Wikipedia:
Sugar Loaf Mountain Memorial Park!

This is a nice place - a park that honors Carl Fredriksen Transport also known as Sugar Loaf Mountain Memorial Park is a small green area north of Carl Berners Plass in Oslo. During the Second World War was one of the central refugee routes to Sweden organized from this place and the area was in the years 2012 - 2013 worked as park with monuments honoring those behind this refugee route.

Refugee Ruta started relatively random, the nursery Rolf A. Syversen in Sugar Top road. It was located just east of the hillock, where Hekkveien go today. Four Jewish men came the fall of 1942 running into the nursery and asked for help. This fall was the Norwegian Jews were arrested, and large parts of Milorg in and around Oslo rolled up. Many had to be bailed out of the country. Along with the policeman Alf Tollef Pettersen, his wife Gerd and wirepuller Reidar Larsen managed four, with many good assistants in a few hectic winter months in 1942 - 1943 to get around 1,000 Norwegians transported safely to Sweden. The activities were organized under the assumed name "Carl Fredriksen Transport." In 1943 revealed the Germans operations. Alf and Gerd Pettersen and Reidar Larsen managed to escape to Sweden. Syversen itself was taken. He was shot at Trandum year.

The initiative to commemorate the park were taken by the artist Victor Lind. He had long worked with war history when he in 2008 visited the place - and discovered that no memory of this dramatic rescue feat. Lind worked until park plans in collaboration with the architectural firm Snøhetta and curator Per Bjarne Boym. 27. October 2012 stood mayor Fabian Stang for the opening of the first stage.

The small park area is somewhat secluded in a cliff on a small hill, but is accessible from Privet Drive and via a walkway from Hasleveien. On top of the park is located a stone star with the story of the refugee effort.
The address is Hekkveien 8, right oppaforbi Carl Berner subway and right next to the Mormon church in Oslo, The Church of Jesus Christ of Latter-day Saints called congregation local opposite.

Photos of the park, taken by me Jan Kåre Christensen. 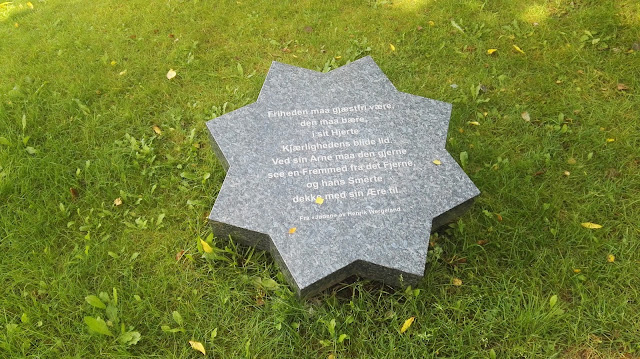 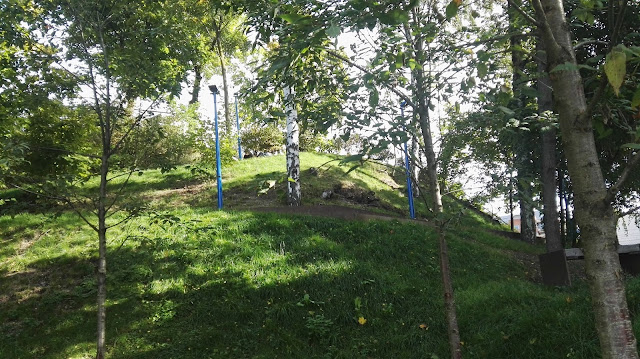 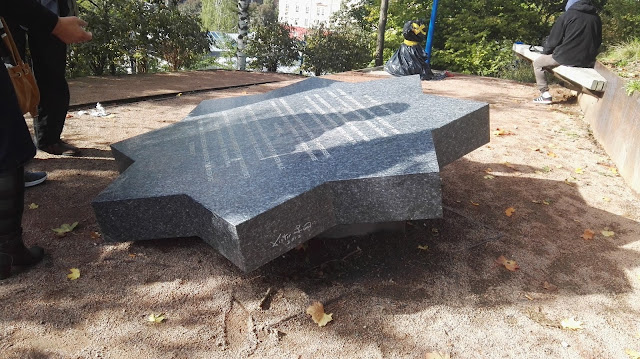