No. 1357: Jesus - the King of Kings and Lord of Lord - would not that he could lay his head, but lots of false accusations against him!

No. 1357:
Jesus - the King of Kings and Lord of Lord - would not that he could lay his head, but lots of false accusations against him!

Image of Jesus, which will eventually take over the management and control of this earth. He is the upcoming regent and world leader! He is and always remains the same. Savior of the world, the world regent and the true image and expression of God! 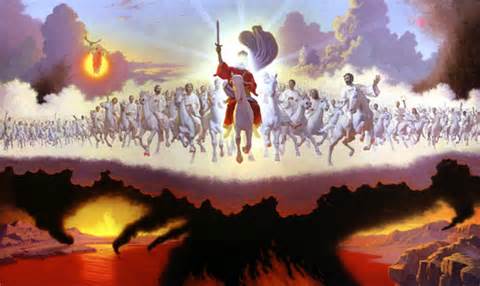 From my commentaries Revelation 19 11 Then I saw heaven open, and behold there was a white horse! He who rode on it is called "Faithful and True," for he judges and fights fair.

Who is this man on the horse? It is Jesus Christ, Son of God and God Himself! He is invincible as he has already fought the evil of Calvary and there is victory and the foundation of all other kinds are shadow boxing to be considered against Calvary and Gets Mana game.
Kol. 2. 15 He disarmed the rulers and authorities and put them up to ridicule when he triumphed over them in it.

12 His eyes are like blazing fire, and on his head he has many crowns, and he bears an inscription with a name that only he himself knows.

It's the same traction because it is the same person that we encounter in Revelation book 1. That he has many crowns speeches that he has won and fought several battles. The secret name speaks of strength comes not from other people but from the hidden life with his Father.
Joh. e. 17 21 I pray that they all may be one as you, Father, are in me and I in you. Here they also be in us: that the world may believe that you sent me. 22 I have given them the glory you have given me, that they may be one as we are one: 23 I in them and you in me, that they fully can be one. The world will know that you have sent me and that you have loved them as you have loved me. 24 Father, I will that where I am, the ones that you have given me, be with me, that they may see my glory that you have given me because you loved me before the foundation was laid. 25 Righteous Father, the world has not known you, but I have known you, and these know now that you have sent me. 26 I made known to them your name, and will do it again, that the love you had for me may be in them and I myself may be in them.

That it is the same man who hung on Calvary on the middle tree is clearly evident here. His name is the Word of God. We can not separate Jesus from God's word and His teaching and instruction. It is the same case and person.

14 armies of heaven followed him upon white horses, clothed in fine linen, white and clean.

Who comes with him? His animal and blood-bought bride. We shall toge down from heaven on white horses. That we come upon white horses carry messages that we do not make war but peace. But first Satan and all his allies overcome.
1. Exodus 49. 10 The scepter shall not depart from Judah, nor a lawgiver from between his feet, until Shiloh come; and the nations will obey him.

15 And out of his mouth goeth a sharp sword; with this he will turn the nations. He will rule them with an iron rod and tread the winepress filled with wine of the wrath, of God the Almighty resentment.

When Jesus will rule this earth for 1,000 years is not it true that everything is accepted. It is with a clear mandate from his father about how everything should be from a to z. It is with a rod of iron: and he that is disobeying the Lord shall die and not get rain.
all repercussions for people and Satan's rule set will be removed, but it will also be a day of reckoning for all nations how they have included placed themselves above Israel and how they divided the land to the Jews just as it has suited them.
Joel 3 6 For behold, in those days,
at the time when I turn fate
Judah and Jerusalem,
7 I will also gather all nations
and bring them down into the Valley of Jehoshaphat.
I will enter into judgment with them
about Israel, my people and my property,
as they scattered among the nations.
They shared my country.

16 On his robe, upon his hip, it says a name written: King of Kings and Lord of Lords.

This name is not hidden anymore. Now it is obvious what name the Father has given him. Then everyone else deal with him, on the basis of who they really are dealing with. Not baby Jesus or the suffering Jesus, but the sanctified.
File. 2. 9 Therefore God has highly exalted him and given him the name above all names.

17 And I saw an angel standing in the sun. He cried with a loud voice to all the birds that fly under heaven vault, "Come, come together for God's great feast!

That what here utspinner is terrible. Through the great tribulation will over half the world's population die in just the two great wars. Gog war and Armageddon battle. It is a hatred and rage against God, his church and Israel underpinning.
Matt. 24. 28 Where the carcass is, the vultures will gather. Carrion is Israel and the vultures are all world nations that goes with the Antichrist in the world history's largest and last field rebellion.

We read about this war several places in the word of God. Blue. matt. 24-25, Mark 13 and Luke 21. that there is such open meat can not be understood in any other way that here everything is within the latest and worst and most deadly weapons that are not only threatened, but used in combat. There are many reasons that those who attack Israel also will turn against each other when they see how it will end.

19 Then I saw the beast and the kings with their armies, gathered together to war against the rider on the horse and his hosts.

Here it becomes an overt battle between Antichrist and Jesus. Between Satan "church" and the church of God. How will it go? To win for Jesus-
2 Thes. 2. 8 Then the lawless one will appear. But the Lord Jesus Christ comes in his glory, he will destroy him with the breath of his mouth and destroy him.

20 And the beast was taken, and with him the false prophet, who made during the animal's service and with them seduced everyone who took the beast and worshiped the image of it. Both were thrown alive into the lake of fire burning with brimstone.

Here the beast - Antichrist - caught along with the false prophet, there are many false prophets but only one who is the False Prophet. They are cast into the lake of fire is the beginning to the end of their competent. They are thrown into the lake say that they never get any opportunity to repent and when the fire has made its impact had been removed forever, also their bodies, soul and spirit has returned to God who gave it.

21 The rest were killed with the sword that goes out of the rider's mouth. And all the birds ate their fill of their flesh.

It says here that they were slain with the sword and the birds ate their fill of their flesh. We need to understand that sharing voice and it speaks of Satan and all that went with him got to show their true selves and eventually so was their path. God is fair that lets everyone get a chance to show who they really are.
(End of quote).

Matt. 8. And Jesus said to him: The foxes have holes and birds have nests; but the Son of man hath not where to lay his head.

Swedish Bible: If so, then svarade Jesus honom: "Rävarna hava the hue, och heaven Fåglar hava Nast; but Människosonen has no plats där he can vila their huvud. "

To put it short, the world people are betting everything on this life. We as believers, we look forward to what lies ahead. In other words, we live for two different things. The world people of this world, we as believers for the upcoming and invisible world!

Heb. 11. 26 Esteeming the reproach of Christ greater riches than the treasures of Egypt; for he looked forward to his salary.

Word. 10. 28 The righteous gladness, but the wicked hope will come to nothing.

This is the word of God, which he tells us in plain language that whatever we achieve in this life. Is that nothing up against what lies ahead.

Room. 8. 18 For I reckon that the sufferings of this present time are not worthy to be compared with the glory which shall be revealed in us.

Psalm 17. 14 from people with your hand, O Lord, from men of the world, which have their portion in life, and if belly you fill with your taxes, which are rich in sons and leave their abundance to their children. 15 I shall in justice see your face, I will, when I awake, with thy likeness.

Better than this it may well not be said?
Many pagans look as successful and admirable, but it is only "out!"

The real truth is that we all are destitute without Jesus. All our wealth and our "excellence" comes first by the belief that
Lamb of God!

Psalm 73. 16 And I thought about it to understand this; it was a nuisance in my eyes / 17 - until I went into the sanctuary of God upon their demise. 18 Surely in slippery places them; you left them, so they perished. 19 How they were destroyed in a moment! They went under and took end with horror. 20 As they hast trodden a dream when one has woken up, so stern you, Lord, their skyggebillede for naught when you wake up. 21 When my heart was grieved, and it stuck me in my kidneys, 22 then I was senseless and ignorant; like an animal, I was against you.

When Jesus, our Master and Lord had it that he could rest his head. He was an outcast in this world, we can we as believers expect so much more? Hardly!

Therefore, let us do like Asaph, see what the results are finally!

This was Asaf testimony finally:
Psalm 73 23 Nevertheless I am continually with thee: thou hast holden my right hand. 24 You guide me by your counsel, and afterward optar thou me in glory. 25 Whom have I in heaven? And when I have you, I have no desire nothing on earth. 26 My flesh and my heart, but God is the strength of my heart and my portion forever. 27 For behold, they that are far from thee shall perish; you destroy all who fall from thee in adultery. / 28 But for me it is good to draw near to God; I put my trust in the Lord God, to declare all thy works.

For a witness, a lovely statement, for an end result!