No. 1347: Remarriage is today the very "worst" sin in the church of God, then it is the sin that is accepted without some say in from!

No. 1347:
Remarriage is today the very "worst" sin in the church of God, then it is the sin that is accepted without some say in from!

I've written about Jan Hanvold, because he is a leading figure among the believers that make Satan and his demons get safe passage into the church of God and among the believers. Why? Because Jan Kaare Hanvold is the word of God an adulterer, fornicator, and who will not inherit the kingdom of God! 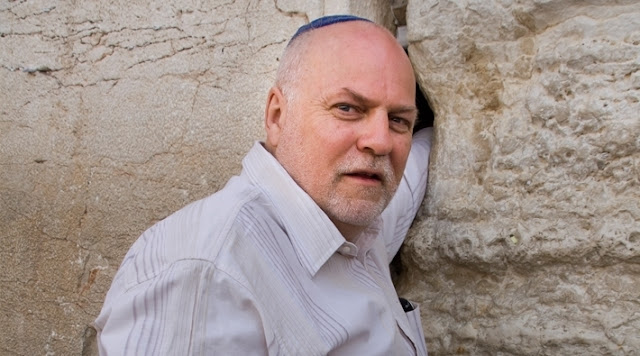 But what the scripture says, it is the only thing that is essential.

Scripture says very clearly that for believers, so marriage is something that was a lifetime!
To the other door, and only then is it not adultery for Christians to remarry.
Marries one again while the other spouse lives - or one that is divorced, so driver than adultery. And is an adulteress and adulterer / adulteress!

Here there are no "loopholes"! The marriage lasts a lifetime, got you again or a divorced you are an adulterer or adulteress scripture says!

Sexual sins are also the sins of God's word is referred to as the gripping most to our personality and in our spiritual life. Therefore, Satan and the evil spirit that remarriage should flourish in God's church. When he demos the legal right to still rule the church of God.

1 Cor. 6. 15 Know ye not that your bodies are members of Christ? shall I then take the members of Christ and make them members of a harlot? Certainly not! 16 Know ye not that he which is joined to an harlot is one body? For it is said: The two shall become one flesh. 17 But he that is joined unto the Lord is one spirit. 18 Flee fornication! Every sin that a man doeth is without the body; but the immoral man sins against his own body. 19 Know ye not that your body is a temple of the Holy Spirit who dwells in you, which ye have of God, and ye are not your are? 20 For ye are bought with a price. Price: therefore glorify God in your body!

Here it is again and again, fly sexual sins, above all remarriage as this is sinning against his own body!

Satan has the legal right to manage and direct the church of God. If we open up for remarriage as God's church has done today, so we give Satan and the evil spirit safe conduct in the church of God and among us believers!

Luke 11 24 When the unclean spirit is gone out of a man, he walketh through dry places, seeking rest; and finding none, he saith, I will return to my house whence I came out. 25 And when he cometh, he findeth it swept and garnished. 26 Then goeth he, and taketh with him seven other spirits more wicked than himself, and they enter and dwell there, and the last gets worse with the man than the first.

Is remarriage so bad? Give visa short with the code of a thief. It's not so bad? With then you have not really given a Thief "legal" right to lose you for all the money in your account. So it is really God's church today do with opening up to remarriage. Satan and his demons, we have issued visas short with the code, he will only lose us all that he can. He does not give anybody anything "grace! He will take absolutely everything from us, and he "saves" no!

I wrote in the headline the following: "Remarriage is today the very" worst "sin in the church of God, then it is the sin that is accepted without some say in from!"

We know what is worst of all, it is we know nothing about, but is threatening.
Let me take an example, a tragic example. My wife's brother was very sickening, and the doctors were confident that it was cancer. But the cancer? They checked this for several years, but did not out of it. Then a black doctor who recognized the symptoms immediately, and gave the correct diagnosis within one hour.

Unfortunately, this was too late, but the others had remained on during a long time with many samples and equipment, they found a man out in a matter of moments. He knew it all over again, from before!

I notice and recognize that while there is "law" and it is defended that remarriage is allright. Not least among the leadership in the church, God will never sanction the church seem like he can, incapable and will!

Remarriage is simply sin for believers, not something we should condone or defend!

Luke writes: "Then goeth he, and taketh with him seven other spirits more wicked than himself, and they enter and dwell there, and the last gets worse with the man than the first."

We see it today, a pastor is re-married. Eldstebroderen have a daughter who is re-married, the other eldstebroderen is re-married. Or, as it's called today, head council. So propagates this downward, and finally it is really all the congregation affected by the demonic powers who then come across the church. Seven times worse than it is in the world scripture says. Then it's become such that the whole church is under such intellectual pressure. Even those who are not re-married, that attending meetings and participating in parish collection will put it out of "play"!

We are accomplices and complicit in this!

This is what is so sad and alarming. If "pastor" fornicators, so it becomes a reverse "blessing" than the words of Psalm 133. 1. A Song of Ascents; of David. / Behold, how good and how pleasant it is for brethren to dwell together! 2 It is like the precious ointment upon the head that ran down on the beard, Aaron's beard, flowing down to the skirts of his garments, 3 As dew of Hermon, which descended upon the mountains of Zion; For there the Lord commanded the blessing, life for evermore.

I know that this is perceived as hard for many, for there are so few who preach the real truth. But you will know the real truth? Keep up with the Heavenly blog and supporting me and the service that God has given me. When you are not cursed, I am convinced, but bless mighty blessed!