No. 1345: God's church is from Satan, which all remarriage testify, as they should have been shut out of the church community!

No. 1345:
God's church is from Satan, which all remarriage testify, as they should have been shut out of the church community!

Picture of a potato cellar Jan Hanvold said here on TV that he had to lose to take itself! Is there such preachers we have received in Norway where sex and again sex is the only thing important in life? Everything else is unimportant? 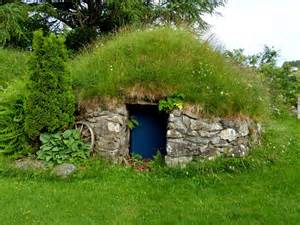 To live and talking Hanvold and many, many who are divorced and gjengiftede as believers. And still are preachers and fleas, wonder and deceive God's people here in our little store Norway!

1 Cor. 5. 1. On the whole, it sounds about fornication among you, and such fornication as is not even among the Gentiles, that one is joined to his father's wife. 2 And ye are puffed up, and have not rather mourned, that he that hath done this deed might be taken away from you. 3 For I verily, as absent in body but present in spirit, have already, as though I were present, concerning him that hath done this, 4 he shall our Lord Jesus Christ, giving and my spirit, with our Lord Jesus power, 5 to deliver such one to Satan for destruction of the flesh, that the spirit may be saved in the Lord Jesus. 6 It is not smukt what I boast of. Know ye not that a little leaven leavens the whole lump? 7 Purge out therefore the old leaven, that ye may be a new lump, as ye are unleavened for our passover is sacrificed for us: Christ. 8 Therefore let us keep the feast, not with old leaven, nor with malice and wickedness, but with sincerity and truth unleavened bread! 9 I wrote to you in my letter that I should not with fornicators - 10 I did not altogether with the fornicators of this world or with the covetous and extortioners, or with idolaters; for then must ye needs go out of the world; 11 but what I wrote to you was that you should not associate with anyone who is called a brother be a fornicator, or covetous, or an idolater, or a railer, or a drunkard, or robber, not even to eat with him. 12 For what have I to do with judging those outside? do not ye judge them that are within? 13 But those who are outside, God judges. Put away the evil from among yourselves

2 Cor. 2. 1. But also for my own sake guardians I me that I again have come unto you with sorrow. 2 For if I grieve you, who is it then that makes me happy, without which I do regret? 3 And just in the øiemed I wrote, that I might not, when I came, have sorrow from those who ought to have enjoyed, as I have confidence in you all that my joy is of you all joy. 4 For out of much affliction and anguish of heart I wrote to you with many tears, not that ye sorrow, but that ye might know the love which I have in you. 5 However, there is none that has caused grief, then it's not me he has caused grief, but in part - that I should not be too hard - you all. 6 It is enough for him with the punishment he received from the majority, 7 so that contrariwise rather to forgive and comfort him, lest he perish in even greater sorrow. 8 Therefore I beg you to let love prevail against him. 9 For to this end also I wrote, to know the proof of you, whether ye are obedient in everything. 10 To whom ye forgive anything, him forgive and I; for what I have forgiven - if I had anything to forgive - I have done for you, for Christ's face, that we in the person of Satan; 11 for we are not ignorant of his thoughts.

The complaints 1. 10 The enemy laid hands on all her precious things; she saw pagan nations enter her sanctuary, those you had forbidden to enter your assembly.

God's church today either pushes sin remarriage under "blanket" or defending it. The first Christians were closing such people out of the church!

For a vast difference between the first Christian community - and today's Christians here in Norway. It's beyond recognition, in Norway is sinful affirmed. There are so sorry for the poor people, who have not received it.

But what the scripture says, it is the only thing that is essential. And scripture says very, very clear that for believers as marriage is something that was a lifetime.

To the other door, and only then is it not adultery for Christians to remarry.

Here there are no "loopholes"! The marriage lasts a lifetime, got you again or a divorced you are an adulterer or adulteress scripture says!

Here in Corinth was a person who lived in adultery, just like today gjengiftede do. How was he treated? That's exactly how we should treat those who do not live in accordance with God's word. They should be banned from the congregation, and the inner life of the church.

But what we see in today's Norway? It is simply charge up.

Those gjengiftede as believers, they can hold all the titles, functions and roles.
There is no obstacle, only hitch is so like me. As warn against this, we are seen to be anything but biblical. How far is apostasy come?
How far into the night we arrived? Could it be blacker than it is now? It is pitch dark in the church of God in Norway today!

Corinthian congregation took very, very closely at this with some living in sin!

Those gjengiftede, they are upstairs. Sin closet arrogance.

1 Cor. 5. 1. On the whole, it sounds about fornication among you, and such fornication as is not even among the Gentiles, that one is joined to his father's wife. 2 And ye are puffed up, and have not rather mourned, that he that hath done this deed might be taken away from you.

Note that the person who had "clear" to obtain his father's wife, then surely his stepmother? He was proud, just like Jan Hanvold and all others who live in adultery is.

This would lead to black, but here the Apostle Paul in giving them clear teaching. Dettingen required exclusion, which they did. And then came the brother of himself, repented and received forgiveness. That being handed over to Satan that it stands for, is really not to have access to the Christian community!

I ask, is it okay with Jan Hanvold stating plainly that he could not live alone. He had to go down in a potato cellar and take themselves for him were not able to say no to their carnal and male desires.

Scripture says when known the following:

Room. 8. 13 for if ye live after the flesh, ye shall die; but if ye mortify deeds of the body by the Spirit, ye shall live.

This does not apply to ministers, pastors and others who will lead the church of God? They are exalted above God and His word? They are "excused" for everything? Even to arrange their lives according to God's word? Of course not, this is nothing but a deception. Is anyone really going to follow the word of God, then there are preachers, priests and pastors in the church of God!
In other words, such a condition is the church of God, is what I had to headline in this article more relevant than ever to point out:

God's church is from Satan, which all remarriage testify, as they should have been shut out of the church community!