No. 1331: Malika Bayan appears to be a woman who is a drama queen, which she knows how to put himself in the center!

No. 1331:
Malika Bayan appears to be a woman who is a drama queen, which she knows how to put himself in the center!

Picture of a woman with a veil, which is both attractive and beautiful and who dresses a woman.
Therefore, I am really against prohibition, but that this is illuminated needed in the highest degree! 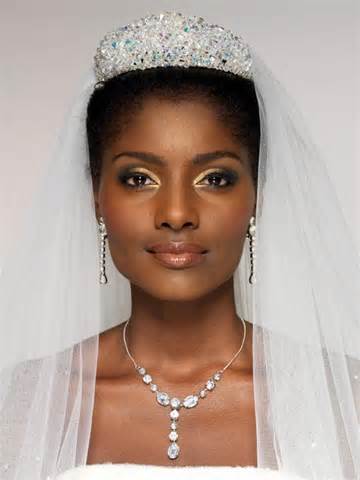 The verdict against hairdresser Merete Hodne appear to be fabricated, and the application of law against her is of the dubious battle!

But what speaks Quran on Hijab? Here are the scholars Mahyar Faravardeh telling us about this.
It's like I've said with far less knowledge of the Koran, this is a political and cultural garments!

Retrieved in from value debate what Mahyar Faravardeh writes in a post and some comments are very sobering and instructive:

Same God who requires hijab of women, also requires that women should not use make-up and appear in public, because they can stimulate men's will.

It is District Court in Sandnes to consider the question of guilt in hijab-trial and determine whether there was discrimination motivated, but when it comes to the religion itself, to go public without a hijab is as sinful as make-up and prove to other men!

The complainant in this case used all kinds of makeup products to look like a pretty and modern woman in court, but when it comes to hair, she pulls out 14 years ago. It does not make sense. Same God who requires hijab of women, also requires that women should not use make-up and appear in public, because they can stimulate men's will.

In due can all go out as they wish, but a practicing Muslim should not choose a sin, but opt ​​out of another. It is not salable in Islam.

About a woman being taken by molarpolitiet on the streets of Tehran - with strong makeup Malika Bayan had in court - will she be led by female molarpoliti a minibus, where she at best get paper towels and are asked to sweep away makeup. In addition, she writes under papers that she will in future take account of hijab law.

Shiite regime in Iran has spent enormous resources in nearly forty years with the desire to get women to go in chador (long robe that covers the hair and surround the body). They did not get it but was happy to introduce headgear as well as a series of instructions regarding costume, makeup and appearance. The regime needs headdress for the control of women and as a political flag.

Also in Aceh province north of Indonesia controlled by sunnittiske Islamists, the girls running moped stopped by morality police on the streets due to bad hijab or makeup. Therefore; being painted as bad as going without or with bad hijab.

About Malika not politically motivated, as she said in video footage outside the courtroom, but headwear is a religious and police's symbol and Islamists, in terms of states and organizations, using it to control women and through them society.

Since I read a lot of detective novels at a younger age, I thought; it is possible that the whole thing was a setup to get a hair salon owner to react strongly? This is because it goes with headgear can within reason not sit in an open salon and get dyed her hair without men see her hair.

Hijab in the Quran

The word hijab has come seven times in the Quran and the meaning of the word in these seven cases which barriers to be seen from all directions, but none of these apply, or is directed to the hijab meant for women. The significance in those cases refer to the horizon, sunset, wall and curtain.

In chapter 33 comes guideline for men who visit the Prophet's house and the word hijab also in this verse means curtain.

33:53 "O ye who believe, do not enter the Prophet's houses, unless you are invited to a meal, and then not without awaiting mealtime. But when you are invited, then came. When you then eaten, so moves you back, without indulge in convivial conversation. This annoys the Prophet, and he is ashamed of yourselves. But God is not ashamed of the truth. When you requester Prophet's wives for anything you need, then do it from behind a curtain. This is most seemly for their hearts and. you must not wearying the messengers of God, and do not ever marry his wives after him. It would be a big thing in God's eyes. "

None of these supporting hijab concept dictates that women must cover their hair. Only once has come in the Koran that women should draw their veils over their bosoms. It is talking more about not display their adornment except to their husbands, curb their gaze and guard their chastity. Because hijab according to the Koran really means a set of clothing, appearance, way to see and talk and behavior, not headgear. The woman who wears headgear, but makeup, talking and laughing loudly, looking at men and show their adornment have not understood what is in the Quran about hijab.

Chapter 24:31 "And say to the believing women that they should lower their gaze and guard their chastity, and not display their beauty and ornaments except what must ordinarily appear. Let them draw their veils over their bosoms and not display their adornment except to their husbands, their fathers-in-law, sons, stepsons, brothers, nephews or their wives, or their slaves, or men who serve them, but is beyond sex desire, or child who does not understand women's nakedness. Let them not stamp their feet so that it can be known what they hide of ornamental. Repent all of Allah, you believers, so that you may be successful "

Quran gives the same advice also however. Chapter 24:30 "Say to the believing men that they should lower their gaze and guard their chastity. This is purer for them. Allah is Aware of what they do. "

Can we demand that men cover their hair because of this verse?

I think I dropper to write, as this is more than enough to digest for most people I guess!