No. 1322: Vebjørn selbekk and newspaper The day is open like a barn door if someone is homily, but tight as a potty if someone is re-married as believers!

No. 1322:
Vebjørn selbekk and newspaper The day is open like a barn door if someone is homily, but tight as a potty if someone is re-married as believers!

They are overprotected and is never mentioned except through me and the Heavenly blog by and large it all, for a hypocrisy. For an obfuscation. Scripture is clear, neither the gjengiftede or those living in other types of sins, shall inherit the kingdom of God, this is what Scripture says and teaches.

Here remarriage among Christians, homosexuals, lesbians and other sins juxtaposed, and it qualifies us to perdition and be cut off for Heaven and God's eternal kingdom!

Here is an article that rather Day burden included, than to write so peripheral as they do. But they are too cowardly to, unfortunately. But then it is well with the Heavenly blog, we speak where the second tier. Or where other denies the truth:


Nr. 555:
Re-married preachers is a "taboo topic" for the Christians!

I and my wife can now look back on over 25 years of marriage with silver wedding and three children. Secret # 1 for us to have been, and is, that we do everything to be spoken out about everything. Then you need some time to each other. We have included this year has been on two holidays just the two of us where we primarily have traveled to speak out about everything, then everything else. Think we are in a model, and the secret to "success" is not that difficult though wish. 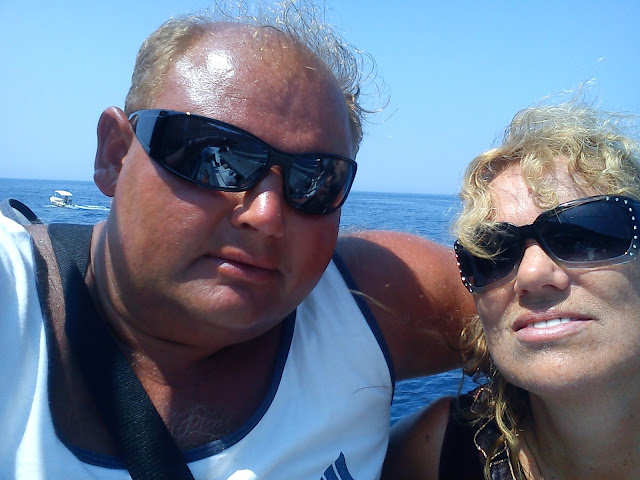 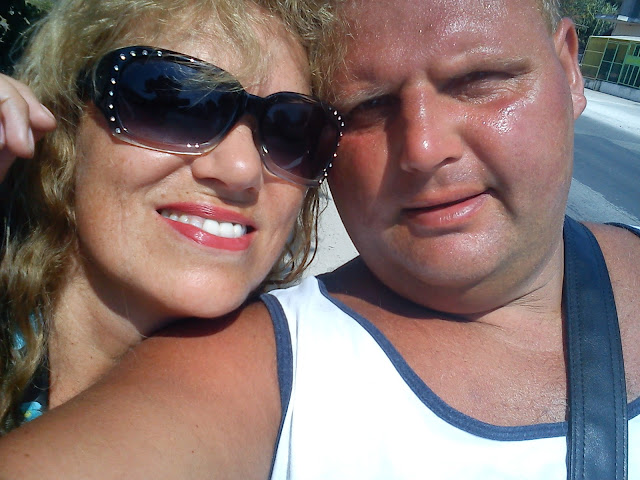 The church's vocation, mission and ministry are above all to be the pillar and foundation.

1 Timothy 3:15 But if I tarry long, that thou mayest know how thou oughtest to behave thyself in the house of God, which is the living God, the pillar and foundation.

We as believers - as a Christian church fails all our most important task if we permits and generally accept what is pleasing to God in our midst. And when it comes to marriage, it's the most important questions to not fail and go wrong on when it is self adhesive in society and church. At the same time the marriage relationship between the Church and Christ, so Satan will attack the marriage so strong and destroy. Something that he unfortunately in a too large extent and extent have succeeded.

Why? There are several reasons, but the weakness is. Secondly, I would mention that we can never pay attention to others in order to "protect" them. And we experience anything negative in our own life, your family or circle of friends there is always the word of God, and only God's word is a guide for life and learning among us believers.

What does the Scripture? This is what we have to deal with, nothing else!

There is mercy for one who has experienced a breakup, but not the possibility of a second marriage while the other spouse lives teaches the New Testament. Thus it is to live in adultery to enter into a new marriage, and when ministers to be and is a role model does. Then disaster and sin "highlight" come into the church of God, it can not get worse and invoke God's judgment than this!

Why is this so seriously, and there is no forgiveness?

There is forgiveness for this, by repenting, not in any other way. And the severity is enormous great as the choice of a spouse is the most important choices in life by accepting salvation in Christ Jesus.

How to cope with and treat those who have distinguished themselves as believers and married again, what scripture says?

Matt. 18th 15 But if thy brother shall trespass against thee, go and tell him privately! if he shall hear thee, thou hast gained thy brother; 16 but he will not listen, then take yet one or two with you, that every word may be established by two or three witnesses words. 17 But he is not on them, tell it unto the church: but he did not hear the church, let him be unto thee as an heathen man and a publican.

Scripture provides guidance here too. First, you go in private, not in public to warn. Secondly, take someone with you, and does not help it, you shall bring it before the congregation. And repent not he feel then, he / she shall be excluded from the church community.

Unfortunately it does not work like that today, so can not churches in Norway claim either to be true Christian churches, but God's word stands forever!

What I have learned:

When God began to show me various things, I took direct contact with the person that rhyme with less success. There were some who received the word, but unfortunately, the vast majority were negative. This was in the 1980s. We see the fruits of this today. Chaos, disorder and flesh prevails in the church upon the face and all.

Why is it that preachers and those in management especially bad and as I write the headline: "Gjengiftetde preachers is a" taboo topic "for the Norwegian Christians, but it is also the very worst and most dangerous sin that is widely accepted and accepted! ».

For several reasons. Can name a few, that is a pattern to the flock, they should be a role model and should be Christ "almost" as they are his messengers. But here they fail, and the time. Should there be a change, so must all Christendom in any way shaken. Now drop come this far, I do not know if there is any way back without God intervenes in a supernatural way? But for my part, I have not given up trying to keep up what scripture teaches, it is clear in his voice. Gjengiftetde for believers to commit fornication, and they shall be brought out of the church! And of course, never preach!

Includes eventually some of what Øyvind Kleiveland printer, which itself is separated as believers but not re-married. Thus he lives in accordance with what the scripture says, that as believers not to remarry again, but either settle or live single. This is something that Paul uses only once is Jesus' commandment, it is that remarriage is not allowed among us believers or Christians:

1 Cor. 7 10 The married I command, yet not I, but the Lord, that a wife should not separate herself from her husband; 11 but she is separated from him when she abide, being unmarried or be reconciled herself with her husband - and that a man shall put away his wife.

I think that ONLY if marriage is seen as a lifelong covenant is broken only by the the death, divorce among Christians lose. Otherwise ALWAYS carnal Christians find a lever to live out their carnal desires. I read online about Gary and Linn Byberg, who believe that Christians are in danger of getting the same degree of cohabitation, divorce and infidelity among active church members in the rest of society. They challenge Christian churches to counteract this development through open and honest community. It is respectful of the couple's experience. They have kept the family teaching in churches throughout the last ten years, and the former leaders of Family Focus in YWAM. In the interview highlights the key principles for the families on "even keel", by creating a climate that makes people speak the truth about life, creating greater awareness of the subject, have life close groups and greater honesty / openness. This is good, but it is still something I called for in connection with the marriage position churches in Norway.

I think if not ALL Norwegian churches get a wake-up call in terms of their view of marriage unbreakable, so this trend will only continue and continue. Unless churches across the country will open their eyes to the biblical commandment that a married couple who have been married earlier, a poison, they are bonded to each other while they are both alive (Rom.7.1-3); even if they are separated, so there will be a change at all. If a person is convinced that if the marriage is dissolved, there is one choice that apply; either to live the rest of their lives as unmarried, or be reconciled to her husband, then divorce go down considerably. How many married people find it more cozy to live in "a room and kitchen" with any joint children every other week or once every 14 today than trying to find a way to live with his spouse in a few years? I think the number is low. Teaching congregations across this country that God's word has not changed in this point, I think is the ONLY way to get the changes to appear in Norwegian Christian churches, and thus in every Christian.

Many Christians still live by half the verse in Rom.81, and do not even know that there are more. They believe that the Bible says that there is no condemnation for Christians, but they could not be further from the truth. See the difference on translation of Rom. 8:1: "There is therefore now no condemnation to them which are in Christ Jesus." This is in the 1988 review, 1930 translation and a variety of modern translations. But look what Luther's translation of the 1545 King James translation, Young's Literal Translation and a number of other translations say: "There is therefore now no condemnation to them which are in Christ Jesus, * who walk not after the flesh, but after the Spirit. " Some manuscripts have omitted second part of the verse, but this was included in the Norwegian Bibles until early 1900s. Bible Society follows a text tradition that has with these words in verse 1, where reading the way in the United Webster's third edition and the Nestle-Aland 25 - 27 version does not include these words. Publisher Bible translation of 1997 with them. But those same words come back to Rome. 8:5, and the meaning is not to be misunderstood: The Christians who live a life of carnal desires, it is condemnation.

Works of the flesh - FRUIT OF SPIRIT

The Bible says that the flesh and the Spirit are against each other. And it is only by walking in the Spirit that you are not going to complete the lust of the flesh (do carnal deeds). It is easy to see which works can be described as fleshly, relative to a marital cohabitation. (Emphasis is mine.) Gal 5.19 to 23 works of the flesh are obvious. They are: adultery , adultery , impurity , lasciviousness , idolatry, sorcery, hatred, strife, jealousy, wrath, selfish ambitions, dissensions, heresies, envy, murders, drunkenness, revellings, and such deeds. About these works I tell you beforehand, just as I also told you in time past, that they which do such things shall not inherit God. But the fruit of the Spirit is love, joy, peace, longsuffering, kindness, goodness, faithfulness, meekness, self-control. The law is not against them. (Bibelforlaget, 1997)

A person who looks for opportunities to live their lives according to the commandments of God, will show fruit good and in line with the description of the fruit of the Spirit. The last word there is EGKRATEIA, as short and okay means "to keep clear sexual". In other words: Do not have sex with someone other than the person one is bound for life (first time for both parties). People who do not live by this, perhaps in Christ Jesus, but there is condemnation to them, since they live by the works of the flesh. And those are the condemnation.