No. 1335: There are Christians - especially pastors, priests and responsible as the main blame for the resolution of the Norwegian society!

No. 1335:
There are Christians - especially pastors, priests and responsible as the main blame for the resolution of the Norwegian society!

When Christians can accept and accept him as a really accept absolutely everything and everyone.
Jan Kare Hanvold have risen far, far above God and His word to distinguish and remarry umpteen times.
Trocar down those who say he accepted, and gaining acceptance both for his life and preaching. In other words, the otherness we Christians called, is now gone.
And we have become invisible, tasteless and completely one with the world we were going to win for God! 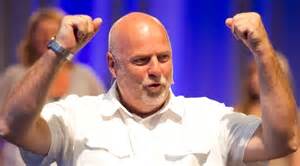 Matthew 5 13 Ye are salt of the earth; but when the salt loses its savor, what shall it be salted? It is no longer fit for nothing, but to be cast out and trodden under foot of men.

The Heavenly blog and my service is certainly the smallest, with least support and most hated web portal ?!
Yet, soon the only place you'll hear the word of God in undiminished power and strength spoken and lived!

When I read Christian - believing people write and speak of secularisation, apostasy and other in time. Then I stated, frustrated and displeased, they have not understood anything at all to the spiritual and moral laws of society.
It's never the unbelievers who should be blamed for anything, they only follow their Lord.

Have I been too radical and dispensed some when I have warned against sin in God's church? Sa especially remarriage and other sins?

No, and again a no. When I look back, I realize that I've been too kind, pliable and gullible. These false prophets and bad shepherds who demand to live as they want. To not warn against these is a very, very great sin!

These false prophets and shepherds who are re-married many times repeatedly, they are required to be taken into account. But even they say most, and attacking all that oppose them. Whether it's preachers or not public figures!

We Christians are called to be salt and light in this world, which prevents decay!

But what are we? We have become so equal this world, that they do not see any difference!

What then has happened?

Luke 14 34 Salt is a good thing, but when even the salt loses its savor, what shall it be salted? 35 It is fit neither for the soil nor for the manure it is thrown out. He who has ears to hear, let him hear!

This is where God's church in Norway stands, we have become so one with this world, the world is not doing anything other than what happen with stale salt. It is useless and is thrown out!

What is the main reason for this? Of course there are more "shallow" and many things to point out. But above all, it is the lukewarm and bad standards that are among today's preachers, priests and others with confidence within the church!

I'm writing in the headline the following: There are Christians - especially pastors, priests and responsible as the main blame for the resolution of the Norwegian society!

Can not tell it well and clear enough. About a preacher, foundation, church, church or whatever it is apparently doing much good.
But does a priest or preacher living in sin with remarriage, then it is only to reinforce apostasy when the word of God says that remarriage for believers.

I have not been clever and radical to warn against sin congregation. Therefore also this enormous apostasy in the world where gays have gotten really the same rights and opportunities as sign and gjengiftede have. Where they can jump from one partner and the next. And where they get the best sex that Jan Hanvold say where I will be!

Here are some article I have written about this topic before, which is as relevant today as they were when I wrote them!