No. 1323: For this simple article, the Karsten Enerud furious only because it points out sin among some who sing public gospel, but live against Jesus commands

No. 1323:
For this simple article, the Karsten Enerud furious only because it points out sin among some who sing public gospel, but live against Jesus commands

Photo by the late Ludvik Karlsen which unfortunately set the door on white gap for remarriage in with Emanuel Minos.

With that they both both defended remarriage and to oppose those who me! 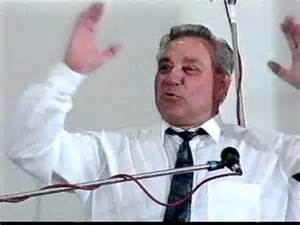 It is well soon time that you take off your jacket judge now. You've used it for quite a while now. God will judge adulterers and fornicators. (Not you)

This I answer here on the blog:

I did not take up preaching in Pentecostal i. But you harass my children public image. Although some have been unlucky in life, deserve them and meet the kind Pharisees who you pocketful of rocks, and hiding behind a computer. I do not bother to write on your blog, therefore I sent emails.

Okay, I'll hide behind a computer? How can you reach me?
I write in public, you're lying about this!

Peggy Enerud Fjeldberg and Lilly Henriksen are public figures when they come forward and sing gospel. They are announced and also sings on the shitty TV channel Vision Norway! They are public figures and when they are not hung out, but analyzed on the basis of what God's word says about people. Where they fall vertically through being re-married as believers - both!

Man is really unworthy to sing about Jesus and the Gospel if we are not living according to biblical standards. This we read many, many places the word of God.

1 Cor. 6. Dare any of you, having a matter against another, go to law before the unjust, and not before the saints? 2 Or do you not know that the saints shall judge the world? and if the world is judged by you, are ye unworthy to judge the smallest matters? 3 Know ye not that we shall judge angels? How much less in temporal things!

We as believers, inclusive judge angels, should not we be able to judge / discern between what is right and wrong? Between what God's word says and teaches, versus what our flesh wants and will?

Yes, of course. I have no plans to not speak out, that no one who is re-married as believers. Are fit and are allowed by God's word to go public. They must step down. Clearing his life and get everything in the right "track." Then they can both sing, testify and speak the gospel. The good news - the message of the Lord Jesus!