No. 1332: Two shoes and Arnhild Gjendem one Apostolic preaching about marriage, or delusion? Or something in between!

No. 1332:
Two shoes and Arnhild Gjendem one Apostolic preaching about marriage, or delusion? Or something in between!

Image of head of TOSKO here in Oslo, Arnhild Gjendem. 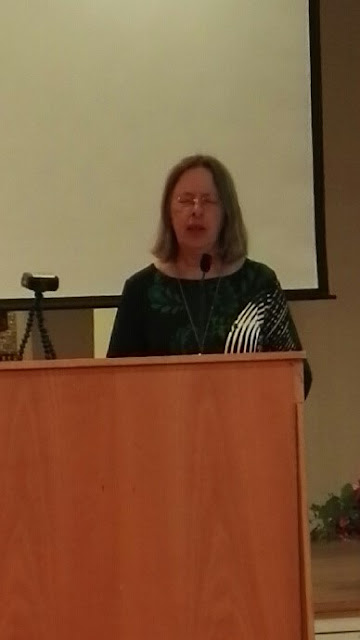 Which unfortunately refuse new believers with a turbulent past to marry.
God's Word says about such following:
1 Tim. 4. 1. Now the Spirit speaketh clear words that in the coming times shall they fall from the faith, paying is joined to seducing spirits, and doctrines of devils; 3 Forbidding to marry.

So it also states that a woman should not be a teacher and stand over man, it may be because that one is unable to distinguish between children of Satan and God's children?
They learn quite correct about what God's word says to God's children, but totally wrong when it comes to nations that are coming to faith!


The truth is probably in between, they learn correctly the bible speaks of remarriage is adultery for believers. But when they learn that this also applies to children of Satan - they are not believers - then there is delusion!

It is clear that for not believing it still is not the requirements that are set for the children of God - children of light!

It is the categorical juxtaposition of that marriage valid for believers who are not believers in the same way as Arnhild Gjendem and two shoe engages with, which is a leaven!

There is a vast difference between believers and non-believers, the children of Satan and God's children!

Kol. 1. 13 he delivered us from the power of darkness and brought us into his dear Son,

Those who come to believe, they will wash away their sins, all the sins!
Washed away all together, to start again!
From the day we are saved, set we accountable for all that we do!

1 Cor. 6. 11 And such were some of you; but ye are washed, ye are sanctified, but ye are justified in the name of Jesus and in the Spirit of our God.

The contrasts could not be greater than it is between us believers in Jesus and those who do not accept Christ!

But who comes to God's word and to? Or Jesus and the Apostles teaching? It is we who believe that Jesus is the Messiah, the world hope and our savior! With others, the New Testament church of Jews and Gentiles, no other!

What then applies for us Christians? The word of God, and especially the New Testament saying that remarriage is adultery for believers.

Where do TOSKO and Arnhild Gjendem an excellent job, and a service for the Lord and for the benefit and necessity for us humans!

I'd finished up with some fabric in from tosko.no who have really much good to offer, in spite of its heresies with regard to new believers who impose something that is not God's doing.
All new believers starting 'all over again! ":