No. 986: God has not called us to rebuke the world's children, but only and alone those who profess the name of Jesus!


No. 986:
God has not called us to rebuke the world's children, but only and alone those who profess the name of Jesus!

When believers condemn openly others, especially those who are homosexuals / lesbians it is against Jesus, Paul, and what the first Christians stood for and taught!
We will then glowing coal on the non-believer, even if they are homosexuals, lesbians, gjengifede or what they are now!

1 Cor. 1. 24 but for those who are called, both Jews and Greeks, Christ the power of God and the wisdom of God.

Matt. 18. 15 If your brother sins against you * •, then go to him and ask him to liability in private. If he listens to you, you have won your brother. 16 But if he does not listen, take with you one or two more, after two or three witnesses shall every matter be settled. 17 If he does not listen to them either, tell it to the church. But if he will not even listen to the church, let him be as a heathen or publican for you.

As far as I know about it is that the Norwegian church has a few priests and also a former bishop who is gay / lesbian. And no gay / lesbian preacher or leader within its dissenting Norway. That openly stands up and says that he / she is there so others can take a position on it.

In Norway otherwise we have a bishop Per Oskar Alfred Kjølaas who divorced and married his secretary who of course was far younger than his wife. And a number of priests and other laymen within its the Norwegian Church.
Here, I mention him in an article a few years ago:
http://blog.janchristensen.net/2011/08/nr-162-hvorfor-vil-gamle-predikanter-ha.html

If we free church Norway so it's really list as a long painful years. With leaders, preachers, singers, ordinary church members which number only goes one way, straight to "the sky!".

Who is the one then really attack if one speaks against the so-called homosexual?
As I see it, the world's children as we shall win for Christ.

Who is the one then really attack if one speaks against the so-called gjengiftede believers?

When one speaks against those who are re-married as believers, who speak a really accept all the Protestant Christian Norway as it is today full affirmed with remarriage confuse the crowd!

The "believers" are under counters so they behave!

When a Muslim stray into the Church and afterwards screaming up as it testifies judgment which is completely behind. I had never lent a church to a Muslim, never!
And an artist who supports the homosexual takes a hero on the way by. To ne investigate in advance, or get the person all the attention she wants.

But why warns a non against remarriage? Sin here is much, much more extensive and widespread in Christian churches than homosexual / lesbian sex is. Why? Because it is clearly not God who leads the, but the Evil!

Had God and God's word has been the decisive had warned against ale types of sin, God's word makes. Remarriage of believers, which is adultery. That men lie with men or women with women. Murder, theft, idolatry, etc.

1 Cor. 6. 9 Know ye not that the unrighteous shall not inherit the kingdom of God? Do not be deceived! Neither the sexually immoral, those who worship idols or adulterers, nor men who lie with men, or somebody sleep with, 10 neither thieves, greedy, drunkards, revilers, nor robbers will inherit the kingdom of God. 11 Such were some of you before. But now you are washed, you are made holy, you have been made righteous in the Lord Jesus Christ and by the Spirit of our God.

An article I wrote about this topic some time ago:


No. 707:
The church operates with church discipline in the world but not of themselves!

The logic of many who call themselves Christians (value ) conservative is apparently this : de-Christianization of Norway is terrible and those who rebukes against legal abortion , homosexuality , proarabiske / Israel -ness etc. etc. should not be criticized too much . But this is very often a cover for their own sin to be supportive of anything to avoid being put in the light of God with their lives.

The false prophet Jan Hanvold is a classic example of this is exactly described above. But even is both a false teacher , seduces , living with his third wife ( a whore buck by writing ) and in all respects it is the word of God describes as a false prophet. 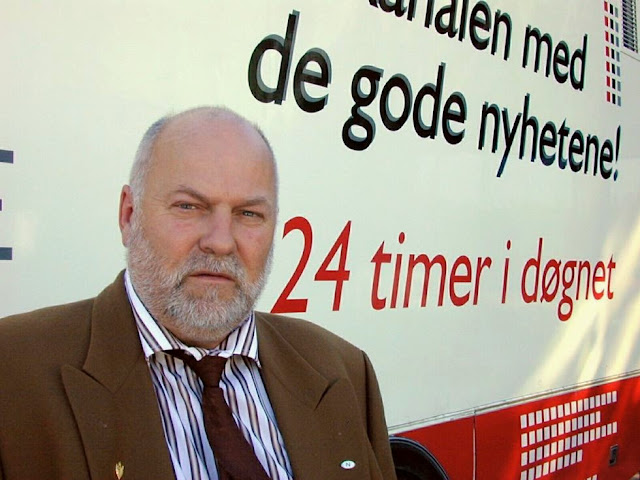 There are some things that are important to remember. When Jesus rebuked the Jews in his time it was on the basis that Israel in Biblical terminology was contemporary " church " . When Paul revealed to Peter sham , it was that they both belonged to the Christian community.

Similarly , Paul says that if sinners will not repent , so this should be published in the church. One would not associate with someone who is going to be a Christian brother but living in sin.

Several places in the Old Testament describes how one sinner can damage the whole congregation . When the people of Israel were about to enter the country it happened several times that someone sinned . This was the reason they lost the war and lost thousands of men. Sin was also the cause of disease , slangeinnvasjoner and many other tragedies . I have often wondered if this is a major cause of Christianity's strong decline in Norway .

But it also says :

1 Cor 5, 12: What have I to do with judging outsiders ? Is it not those inside you to judge? Those who are outside God judges . It certainly dangerous things you can do is to judge those outside while condone sins committed by those inside . Then the maximum hypocrisy .

The reason that Christianity has been marginalized not come from the outside. It comes from within. It begins with some liberal views on some more " innocent " sins . You condone this and that . But it is such " acceptable sins " which opens the way for the larger sins .

The first Christians were " known " to let the world's children astray !

Acts 19 37 For you have brought these men here who are neither temple robbers or mocked our goddess.

It was the fierce goddess one of the seven wonders . As the "whole" world worshiped and worked there she stood and was right in Ephesus. The apostles said her not a word about and when they were saved selling accessories with her ​​idolatry that could make them rich . Then they burned everything up , and everything went to " play ".

But where did the first Christian admonition and guidance ? Solely within the church , not outward to the world and the world's children. What do Christians today? Is with right index finger to the world when they can not tolerate and will have their index finger directed at them as Scripture teaches we should. We are set to have an internal justice in the church , not outward to the world. But dark men and women darkness they walk in darkness , it looks like to be as unbiblical and far away from what the apostles were acting and was on.

They named so pious that if Christians we can endure and that we experience as unbiblical and unhealthy . They shall we leave it to God. But Scripture does not teach this. We will even judge angels , how much more not within the church? This is going in the service of Satan not to warn , we are required and that the church will survive and move forward . So it is imperative that the inner justice works and that there is healthy, biblical church discipline .

How and what do we preach facing the world's children ? Scripture gives clear instructions. We are to preach the word of the cross and demonstrate the kingdom of God .

Mark 16 : 15 And he said to them, " Go into all the world and preach the gospel to all that God has created ! 16 He that believeth and is baptized shall be saved. But he that believeth not shall be damned. 17 And these signs shall follow them that believe : In my name they will cast out demons , they will speak with new tongues; 18 And they shall take up serpents . And if they drink any deadly thing , it shall not hurt them , and when they lay hands on the sick, they shall recover . "

But towards other believers , how can we be? Totally different , we should warn , admonish and guide . Or so we are complicit in their sin and transgression . Do not ignore and leave them to "God" !

It is not love , biblical or healthy to let these false prophets get to walk freely in the congregation . And those who warn against this and this , they are viewed with suspicion , boycotted and put out suspicious and bad rumors. Among other that they do not progress, even a rogue , should be concerned with other things and much, much more.

Scripture speaks who said that we should warn against other believers who do not live and preach in accordance with God's word. We will not conduct church discipline in the world , but within the church !