No. 1084: Since the Trinity is not a biblical doctrine, one must adapt it, or try to adapt God's word for it to concur with the heresy!

No. 1084:
Since the Trinity is not a biblical doctrine, one must adapt it, or try to adapt God's word for it to concur with the heresy!

Photo of a bed, do you think that only Yahweh and no other is the only true God? Then you have enough spiritually speaking a "bed" as appropriate. 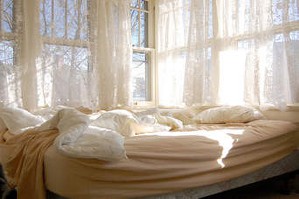 Isaiah 28. 20 for the bed is too short to stretch himself out, and the blanket too narrow to wrap himself in.

So it is with the Trinity, it is like a bed that is too short, that hurts. Therefore one must adapt these teachings either by its own theology, or customize Word of God after Trinity. Much better to reject this teaching, and let God's Word guide than!

It is very difficult to argue with those who have chosen to believe in the Trinity as their theology is structured so that all goes out to confirm their own beliefs. This is arrogance and arrogance behind, and a very great uncertainty as to what the bible real say about this topic.

There are certainly thousands of scriptures explaining that Jesus is not the only true God, it is only Yahweh as it is, God the Father.

But always try to slip in a Bible verse or something, which is poorly translated, for there to explain the unbiblical and weird Trinity. Let me take a verse.

This verse uses the Trinity for all it's worth + much more.

Room. 9. 5 Whose are the fathers, and of whom is Christ according to the flesh, who is God over all, blessed forever. Amen.

Note that here there is a lot of commas, and that is what is crucial to understanding this verse right. Then we basically built on something significant, how God's word is translated for it to be right translation and not adapted for it to concur with another teaching.

Arne Jordly as translation: v. 4: For it was they who were israelittere who had son named, the glory, the covenants, the legislation, the service of God. This belonged to our fathers and from them is the Christ descended after the flesh.
v. 5. He who is above all, God be blessed in times! Amen.

Here tell this translation that it is God the Father - Yahweh - who is blessed for all times!

Basic text: who is above all this is the everlasting God, he is of Jesus and all the things mentioned in verse 4 etc.
To use this verse for this that Jesus is God is so flawed it is possible to remain!

As I see Trinity mostly they have an abnormal urge to vindicate his own faith, as they basically are somewhat uncertain on his own standpoint. Had they really been sure, they had also endured to investigated this topic even more. And let only and solely God's word be a guideline. But here's what I intend. There are so many things that come forward. But let me three things to which biser that Trinity is a dubious and an un-biblical teachings.

Hebreb. 6. 1. Let us therefore leave the elementary teachings about Christ and go on to perfection, so we not laying again the foundation of repentance from dead works and faith in God.

So this is that God created man, with this it says in Genesis 1 1 26 And God said, Let us make man in our image, after our likeness: and let them have dominion over the fish of the sea and over the birds of the sky and over the cattle, and over all the earth and over every creeping thing that creeps upon the earth. 27 So God created man in his own image, in the image of God he created him; male and female he created them.

The basic text is the Elohim as Gods. When should it stood:
And the Gods said: Let us make man in our image, after our likeness: and let them have dominion over the fish of the sea and over the birds of the sky and over the cattle, and over all the earth and over every creeping thing that creeps upon the earth. 27 And the Gods created man in his image, in the image of the Gods created he him; male and female he created them.

Furthermore, claims the Trinity that when Lot was visited by three men, so this was the Father, the Son and the Holy Spirit. But it says there in 1 Genesis 18. It was Jesus and two angels who appeared to Abraham. And when Jesus went ahead after the meeting with Abraham, so it says that two of the Persians who were with Jesus, they were back.

1 Genesis 18 1. And the Lord appeared unto him in the plains oak-grove, as he sat in the tent door in the heat of the day. 2 As he looked, he saw three men stood before him; and when he saw them, he ran to meet them from the tent door, and bowed himself to the earth.
33 And the Lord departed, after he had left communing with Abraham; and Abraham returned to the place where he lived.

19. 1. And the two angels came to Sodom in the evening, and Lot sat in the gate of Sodom; and Lot saw them, he rose up and went to meet them and bowed himself with his face to the earth.

Here we can see it clearly, it was Jesus and two angels who appeared to Abraham, not a common deity with the Father, the Son and the Holy Spirit.

Final Comment:
That said, there is no substance in the Trinity. It's like having a bed that is too short, a must when "cheat" and try to adapt to a bed that did not "fit. Why not just reject the whole doctrine of the Trinity and have a "bed" that is good, spacious and perfect?

I've done that, and here is some of what I believe and teach the article I have written on this topic in recent years.