No. 1091: Chrismesl true message - God has never made man to die - but he gave his own Son the task!

No. 1091:
Chrismesl true message - God has never made man to die - but he gave his own Son the task!

Notice the wording, God spared not, but gave. It was the Father who gave his own 'property' that we should be able to have to do with him.

What is it telling us? That Jesus came forth from the Father, therefore he perfected. But we, we are imperfect, because we have an imperfect and sinful origin. Therefore, the whole understanding of the Trinity absurd when one says Jesus is perfect, therefore he is God. Yes, Jesus is God, but not the Father, who is the only true God. And he is God above all gods. 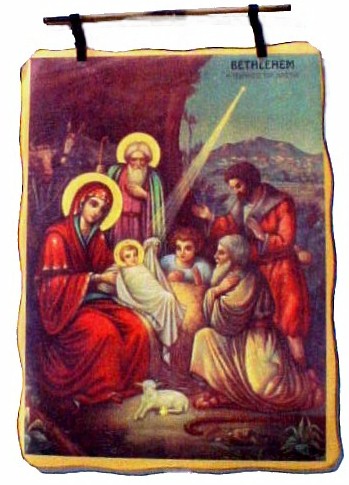 Room. 5. 12 Sin entered the world because of one man, and with sin came death. And so stricken death all men because all sinned. 13 There was sin in the world even before the law came, but sin is not counted as sin when there is no law. 14 Nevertheless death reigned from Adam to Moses, even over those who had not committed any crime such as Adam. Adam is here a complement of him that was to come. 15 But with grace it is different than the fall. Due to the the vertical to the many die. But grace, the gift of God is something infinitely greater: It is given in abundance for the many because of the grace of the one man, Jesus Christ. 16 And the gift is different than with man's sin. For the judgment of the one led to condemnation, but the grace toward many led to an acquittal, even though many had fallen. 17 Death dominion because of one man's fall. How much more shall not those who accept God's great grace and gift of righteousness life and get domination by one, Jesus Christ.
18 So then, as one man was condemnation for all men, leading one man's act of righteousness leads to justification and life for all. 19 How one man's disobedience the many were made sinners, going through the obedience justify many. 20 The law came for the fall should be large. But where sin abounded, grace much more abound. 21 For just as sin reigned in death, grace reign through righteousness to eternal life through Jesus Christ our Lord.

Joh. 13. 3 Jesus knew that the Father had given all things into his hand and that he was come from God and went to God.
28 I came from the Father and have come into the world. I am leaving the world and going to the Father. "

Therefore, it is not unnatural that Jesus shows us who God is, if he is not the only true God. But came forth from him.
And we, what we? Just look around, read newspapers and watch TV. You see that we are all of the old Adam, will resemble him all too well.

This is from my commentaries Hebrerbrevet 1. 2 But now, when they are come, he has spoken to us by his Son. God has appointed heir of all things, through whom he created the world.

Now the Son. Joh. e. 1. 17 For the law was given through Moses; grace and truth came through Jesus Christ. Through him have him created the world that makes Jesus on the same level as God and yet he is not the Father who is the origin of everything.

Kol. 1. 15 He is the invisible image of God, the firstborn, which stands over all creation. 16 For in him all things were created, in heaven and on earth, visible and invisible, whether thrones or dominions or principalities or authorities - all things were created through him and for him. 17 He is before all things, and everything composed by him.

Father does nothing without the Son and through.

3 He is the radiance of God's glory and the exact representation of his being, sustaining all things by his powerful word. When he had made purification for sins, he sat down at the right hand of the tall.

Kol.1. 18 He is the head of the body, the church. He is the beginning, the firstborn from the dead, he saw in all things He may have the preeminence.

Jesus is both the largest and premier. He is the first that has been discontinued by the Father. As the Father created and the only one who is like him. He exudes the Father as he is without it being in fragments. As it was with the Prophet and all other people. Kol.1. 17a He is before all things.

When he became a man he served our sin and then sat down at the Father's right hand!

4 So he has become better than the angels; for the name he has been given, is so much greater than theirs.

The Jews believed in angels. But Jesus was no super angel, but something far more than that. He was God's only begotten Son. We are adopted sons and daughters of God, but never begotten.

It says right out, that God the Father gives all the light he wants us to have and wear. Jesus its "light" was 120% so he is Divine, for the rest of us we are "smaller" light. Some do not sound at all, it is they who have not accepted salvation in Christ Jesus. After you have accepted salvation, then begin light, and the light will become stronger and stronger, until we stand within its God be life.

Word. 4. 18 The path of the righteous is like the morning light, which steadily grows until the day comes.

Room. 12. 3 By the grace I have received, I say to each of you: Do not think too big thoughts about yourself, but think soberly! Each one should stick to the measure of faith God has given him.