No. 1086: I can not warn against all, such as roaring lamb with prophetic ministry and pastor and prophet Per Ivar Winnæss even if he is re-married!

No. 1086:
I can not warn against all, such as roaring lamb with prophetic ministry and pastor and prophet Per Ivar Winnæss even if he is re-married!

Photo of the self-proclaimed prophet who has collaborated with the false prophet Jan Hanvold, no wonder that here they live both as adulterers. 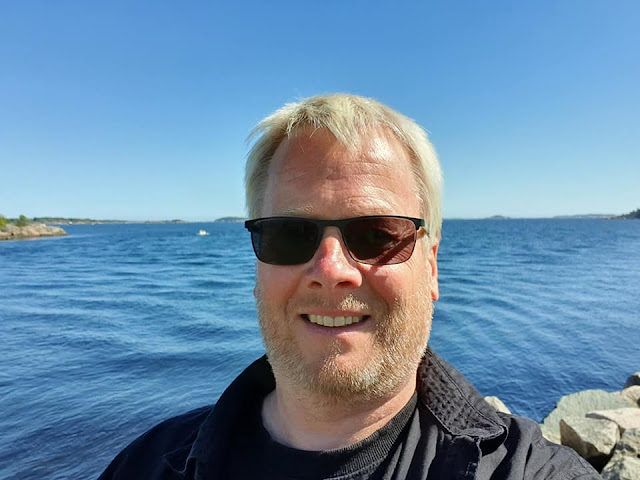 NRK reporter Are Sending Osen (left) being interviewed by Per Ivar Winnæss, founder of the church roaring Lam and prophet school.

There are people who contact and tells so much about other believers. It's bad the stories. But my main focus is to warn against gjengiftede ministers and leading positions. Of course other believers as well, but in fact, remarriage is now so normal and ordinary, that I capabilities, powers and can warn against anyone who is re-married as believers and preachers. Time, effort and inspiration is not enough. A person who actually part are keen to warn the contrary, it is roaring lambs prophetic ministry headed by pastor and prophet Per Ivar Winnæss. What is so sad with him, as it is with so many today, he is re-married as believers. But I capabilities not and no time to warn against him although I have shown this for years that he is re-married as believers and God's word is an adulterer and live in sin and as an adulterer.

Per Ivar Winnæss, who is it?

Is the founder of The roaring Lam was born on 14 July 1961. That he now feel that the time has come for a prophetic tv channel, in the year when he celebrates 20 anniversary of his prophetic ministry, 15 years for the prophetic magazine The prophetic voice and 10 years for roaring lamb is special. This from their own home, and he has several children and marriage before, and with other re-married with new children and new wife. This scripture says is adultery, living in sin and he is by the word of God an adulterer and is also then "married" with a prostitute, this is totally unbiblical one Shepherd to live in such a way. But I can not, can not and capabilities not to warn against anyone who is re-married as believers and pastors in the church of God, it grows me over the head!
Here some article I have written on this subject:

Has received some inquiries regarding Jornstrand, I have nothing against him, but he has something very welcomed me. Of course this is just sad and not in honor of someone. But in this case I am the way I see it, completely innocent and there is not anything I can get rid of that.

Nr. 518: The cardinal sin of Pastor Jan Hanvold that he is himself guilty of adultery and two are "married" for the third time!

The cardinal sin of Pastor Jan Hanvold that he is himself guilty of adultery and two are "married" for the third time!

You write a lot about Vision Norway and Pastor Jan Hanvold. But you write sometimes so much that it is the cardinal sin of Pastor Jan Hanvold that he is even guilty of adultery and two are "married" for the third time, it will be gone. Then everything else he does, preaches and what it had to be also be wrong. Otherwise, stand in brotherhood and God's blessing upon you and yours. If you do not agree with what I write?

What Hanvold have said on Radio 107.7 in Oslo several times is that you write that he himself is to blame for his two adultery and he could not and would not live solitary word of God says. Is totally agree with you. He will be supported out of the church scripture says and left to Satan so that he shall if possible could go itself! Picture that Satan is behind Hanvold and to which he belongs and serve by virtue of their sinful life and hideous theology. And those who in some way are with him to share in his sin and come in ledertog with demons to a greater or lesser extent. So serious is this, Hanvold and Vision Norway is like a malignant tumor that makes greater and greater damage for which it is spreading, and continue

Nr. 498: Inger and Jan Hanvold are pigs in a spiritual sense when they are living in adultery!

Nr. 498:
Inger and Jan Hanvold are pigs in a spiritual sense when they are living in adultery!

You write about Pastor Jan Hanvold and his new flame that he has children with Inger Hanevold. Agree with you that they are not biblically married, but what do you think the two would do and those who support them, what they should do once they have been misled and deceived? Agnar P

Here is "cohabiting-couple 'Jan and Inger Hanvold pictured. Scripture says that they are living in an invalid marriage according to God's word and thus is the only way if they are to live according to the bible to break up and start a new life on their own sides. Inger Hanvold is really free, but I would not recommend her to remarry when her iniquity is very big and ugly in the eyes of the Lord!
Lagt inn av Jan Kåre Christensen kl. 10:46