No. 1087: 10 outline of end-time image you should and must know not to go astray, and have a right understanding and vision of the end times!

No. 1087:
10 outline of end-time image you should and must know not to go astray, and have a right understanding and vision of the end times!

There have been many good preachers through the target vessel race that has posted about the prophetic word. One of them is now deceased John F. Walvoord where we have a book lying on our website which is very good and readable. There are Bible Store Prophecies that I would recommend anyone to read free on our website. 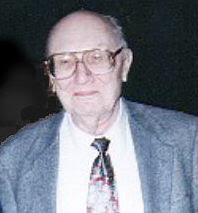 Seeing that many go astray, not least in their understanding and vision of the end times. This is nothing new, we read that the Apostle Peter stated philosophy about the deep wisdom apostle Paul had:
2 Pet. 3. 15 and heed patience of our Lord is salvation; even as our beloved brother Paul wrote to you according to the wisdom given to him, 16 as also in all his epistles, speaking in them of these things; in them it is something that is hard to be understood, and that the unlearned and unstable wrest, as they do also the other scriptures, unto their own destruction.
I also call upon reading my commentaries for the Book of Revelation, but here comes the ten main one should and should know to go right, and to have a good and healthy understanding of the end times.
1) The starting point to understand Christianity, in a right way. Is that one sees that Christianity is a "Jewish religion" where it was Israel who were chosen by God. But the church came in as a parenthesis. Before Israel to repent and accept their Messiah. Viewing one not there, so have a completely wrong and no ability to understand the prophetic word in a right and healthy way (Romans 9-11).
2.) That the nation of Israel became an independent state and got back Jerusalem is the clearest and surest prophecy that the Messiah Jesus will return to earth to establish peace and order.
1 Exodus 49. 10 The scepter shall not depart from Judah, nor a lawgiver from between his feet, until Shiloh come; and the nations will obey him.
3.) For the congregation to finish before Jesus will bring the bride home, there will be two main lines. A dropout line from the word of God, and a line where Bible-believing cabinets will be crucial. The latter group will have to look at Christianity persecution and others, as "normal" and one can expect more and more of!
4.) Jesus' return will be in two sections. One to retrieve the church - the bride to his home. The second where he returns to Israel as their redeemer, savior, savior and Messiah.
5.) Egypt will be the guiding and leading the country in the Muslim block. What I think about this and many other things you can find in the article, commentaries on Revelation rather than someone else, as well as the blogs.
6.) Jacob tribulation (actually the last part) or the great tribulation, will be in two periods on a ca. 3 ½ years. Together, we the great tribulation - when even the holocaust goes over the world will be on well 7 years.
7.) Europe and the Antichrist will be the leading continent against Israel and rule the world in a period of 7 years. We can say that it restored the Romerriket prophet Daniel spoke.
8.) The entrance to the 1000 årsriket will be Armageddon slag, as one can say that the entrance to the great tribulation will be Gog war. Two great world wars lie ahead after what God's word speaks.
9.) 1000 year kingdom will be King Jesus and Israel's great honor in the fellowship.
10.) In 1000 year kingdom will be a short war between Satan and Jesus, but it will be short-lived and with a final result where Satan will lose in along with their allies. Then comes the judgment before the white throne. And secondly where God creates or renews our earth and the whole universe will be open for children of God and those who are found worthy to participate in the world!
Final Comment:
I have a lot of heart here, really I could have imagined to make an application with several ministers where one conversed over the prophetic word. But you who are reading this, you have questions? Submit it Tikl me by mail: