One of the most famous Christian singers are now oppatgift. She sings and acts still, when the Christian Norway awake? This is to accept Satan's deeds and be involved in them. 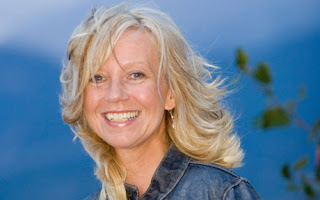 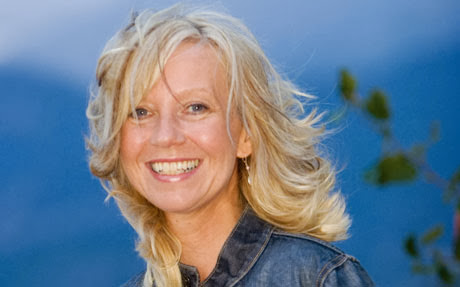 That is right, is that she will never get acting and being in a Christian scene when she fails, abilities and are able to control their own lives. Here is the writing clear.

1. Tim. 5. 8 But if any provide not for his own, and most of his household, he hath denied the faith and is worse than an infidel.

According to the Soldiers for Jesus / Heart Strings Int'l Board's statement on the disclosure side of Solveig sites, they were divorced. Courts in Colorado Solveig granted sole custody of the couple's three children, 3 March, 2008. Also on Solveig's website is an announcement for her upcoming wedding to widower Jim Chaffee 30 May, 2009. Solveig is now by her maiden name Exploration Haug. Ken Henderson was married to Beth Burrows 27 November, 2009.

Both are, of course, "innocent" signs and both are now remarried after the divorce. Inviting Solveig Henderson to sing and participate in meetings and concerts is to legitimize the sin and the works of the flesh!

Ken Henderson was married to Beth Burrows 27 November, 2009. In other words, there's now no possibility of reconciliation when they both are re-married. Fine, but when a head is not interested in following God's word, then to be a Word handmaid as Solveig L. should be, is really stepping on the word of God with his life. The problem here is not primarily because she is married again, but she's still on stage and act as a Christian artist and evangelist. This is not the Bible, though, she had been sitting on the last bench and kept silent set could not say anything because she has only responsible for themselves and the living God. But since she want to remain in the forefront and on a platform, makes it completely different.

Our life says more than 1000 words

When one is unable to live like the font teacher, but in opposition to God's word, then is one to litter and spread a gospel of his life. This is shabby and those who invite her, they are helping to open up the probe and what he stands for.

Many believers are so supposedly against homosexuals and lespiske, it is good. But it is as much sin and adultery to be re-married like this. It is the same God and it is in the same Bible that remarriage, and homosexuality is a sin!

What is the solution?

The solution is simple and clear. That Solveig Henderson as a private person attending meetings is quite all right. But it is not good, is to invite her to have meetings and concerts when she lives to God's word and God's word speaks of a man should not be re-married to possess a spiritual service and a spiritual office!

Church of God imitates the world

The low standard non believers do for the day, it "emits" the church of God. The only difference is that the "Christians" do not accept the sin away. But like a little later also accepts the "believers" everything! The church today is in the process of being conformed to the world.

The complaints 1 8 Jerusalem has sinned greatly and so has become unclean; all who honored her despise her, for they saw her nakedness, she sighed and turned away. 9 Her filthiness clung to her skirts, she did not think about what end it would take with her when she fell down in a strange way, no consoling her. Lord, see my misery! The enemy has triumphed. 10 The enemy laid hands on all her precious things, for she saw pagan nations enter her sanctuary, those you had forbidden to enter in your church.

The heathens are come into the church complains Jeremiah. Today, "believe" one in Christ but live like the heathen, if not worse.

Who will win who?

If we win the world? The church is almost exactly the world in the way of life and attitude. This we now see is Satan who is the head of the church is not Christ!

She can sure be a nice and pleasant lady, but she does not live according to God's word, that is what I oppose and that the writing speaks so strongly against.

The top of an iceberg

1. Tim 5 24 Some people's sins are evident, and precede them to the verdict, but in others they follow after. 25 Likewise, and the good deeds obvious, and that it is not so with, but not hidden.

This with remarriage is "visible" sins, but when we do not grab hold of them, what with all the others? Satan has greatly want the whole Christian world that accept remarriage, especially the Protestant part of Christendom.

She is so kind

There are those who believe that if some is good, then they are exempt from following God's word. No one has immunity to the word of God. Solveig L. is a vulgar and bad role model. She has shown and that she has bad decisions. That is why she will not be in service!

When we study God's word, then we find out is clear that both the old covenant, the new covenant in the coming 1000 year kingdom so they will serve the Lord with a "platform" service not be re-married as believers. This I have written about before and not repeat myself but posting links for this topic.

The problem is not the one who points out that

The problem is not one to point this out, but there are those that open up for this and those who live as remarriage, as a Christian. The world's children shall take and give to her is bad, but it is when the believer does this, which calls on the wrath of God full measure. What it is to sin against God's spirit? What is the sin unto death? It's bl. a to accept remarriage, especially those who have a "platform" service.