No.. 938: Those who are re-married as believers are being protected, but those living with a partner of the same sex, are being attacked! Why make such a difference when they both live to God's Word?

No.. 938:
Those who are re-married as believers are being protected, but those living with a partner of the same sex, are being attacked! Why make such a difference when they both live to God's Word?


This question here, I find that very strange, that one sees red when viewing certain kinds of sins. While other types of sin, both overlooked, defended and full extent permitted to live in!


Picture of me and my wife. We have an excellent marriage and have remained together since 1987. In other words, it is approaching 30 years. Succeeding a non marriage as a nothing on a soapbox to make teaching writing. When God's word is here abundantly clear:


1 Tim. 5. 8 If anyone does not provide for his relatives, and especially for his family, he has denied the faith and is worse than an infidel. 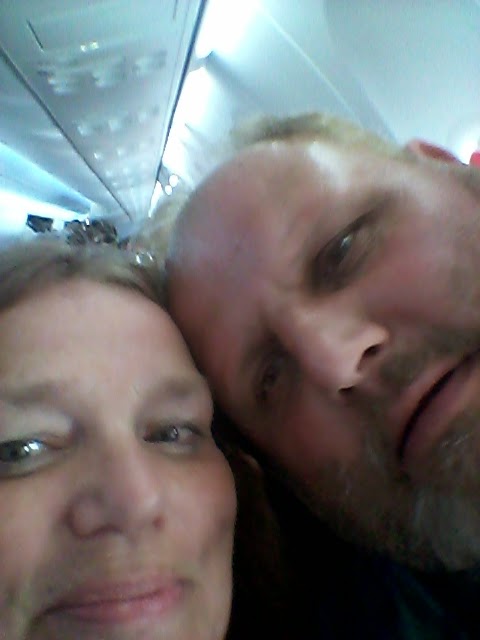 When Scripture speaks so clearly that no one takes care of his wife and family it over and out with essentially all of Christendom. Why then becomes your marriage so abandoned?


1 Tim. 5. 8 If anyone does not provide for his relatives, and especially for his family, he has denied the faith and is worse than an infidel.


Then we can not open up to a type of sin, but shut for another kind of sin, we do so undermines we God and his word.


James 2 10 For whoever keeps the whole law and yet stumbles in one of the commandments, have been guilty of breaking them all.

Jesus or Paul never allowed divorce for believers only were living away from each other for some time. And then one would prioritize prayer and fidelity!


Divorce was something that belonged to the old covenant for it was not reborn. After rebirth - was remarriage foreclosed!

Why should then the homosekulle condemned, but not those who will be faithful also violates God's commandments?

But those who have x number of marriages and relationships behind them BEFORE SALVATION; ALL THIS IS bygone!

The old has gone, but what in the new life? Then apply only one thing. Creation scheme. That it is a man and a woman, who holds together a lifetime. It was this that was so revolutionary with Jesus' teaching and the Apostle Paul continued.


Matt. 5. 31 It is said, 'Whoever divorces his wife must give her a certificate of divorce.' 32 But I tell you that anyone who divorces his wife for any reason other than adultery, he is guilty of the commission of adultery with her. And whoever marries a divorced woman commits adultery.


Notice the words of Jesus; "I tell you." When he walks directly behind the creation, in which there is only one true way. God created man to a man. And a woman should and must hold together a lifetime. All without passing this is a shame!


1 Genesis 2. 18 Lord God said: "It is not good for man to be alone. I will make a helper of the same kind. "19 The Lord God formed every beast of the field and every bird of the sky of earth. He brought them to the man to see what it would call them. What man called every living creature, it got the name. 20 Man gave names to all cattle and to the birds and to all the wild beasts of the field. But the man himself did not help of the same kind.


21 Then the LORD God made a deep sleep to fall upon the man. While he slept, he took a rib and closed up the flesh. 22 By rib Lord God had taken from man, he built a woman, and he brought her to the man.


"Now it is bone of my bones


and flesh of my flesh.


She shall be called woman,


24 Therefore shall a man leave his father and his mother and hold fast to his wife, and the two shall become one body.


25 Both were naked, the man and the woman, and they were not ashamed of each other.

Psalm 1 5 Therefore the wicked will not be standing in judgment, and sinners not the righteous church.


Now select one to open up for remarriage among the believers. But on the door mostly been closed for lesbians and homosexuals. This is and remains wrong. Now both the gjengiftede and other sinners in God's eyes, but here select one to open up to these kinds of people who choose the way of sin. Then it is also right and proper that the optionally lesbian and homosexual are allowed to romp and hold on. It has with justice principle. It is biblical right is that both those who are lesbians, gays and re-married as believers should not belong to any church! But has chosen to open the door up for a type of sin, then it is no more than fair that when it freely to anyone and everyone if one should put aside God's word and let righteousness principle underlie!


Then it's just a lifelong relationship with a partner who is not of the same sex as themselves is what the New Testament teaches. All without passing this is a pity. It's that simple really.


Find than a partner of the same sex as themselves, it is a pity. Find than a new partner after divorce, it is a pity. But why make the distinction? There is something God does not do. After word of God as are all equally far from God as living in sin! It apply themselves lesbians, homosekulle, remarriage or what a shame it had to be. All these people have opted out God and chosen to follow their own flesh and road and desires!