Nr. 490: Pentecostals and Charismatics are foremost in the time of the false prophets and seductive intellectual currents of the time. How has this happened?

Pentecostals and Charismatics are foremost in the time of the false prophets and seductive intellectual currents of the time. How has this happened?

Pentecostalism, not least here in Norway and Sweden started as a mighty and wonderful God. Today is rife with false prophesies and seductive intellectual currents within its these contexts, not least in the Nordic countries. Illustrative image shows the two big chiefs when Pentecost came here to Europe. Thomas Ball Barratt and Lewi Pethrus, two lovely and wonderful men of God as opposed to the current leaders within its PinseKaresmatiske the Christianity that Jesus said would be wolves in sheep's clothing in a far largely 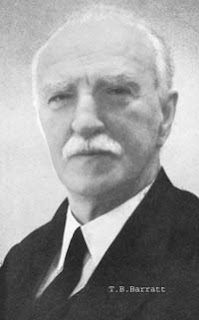 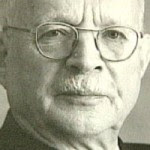 Matt. 7. 15 Beware of false prophets, which come to you in sheep's clothing, but inwardly they are ravening wolves! 16 By their fruits ye shall know them: Do men gather grapes of thorns, or figs of thistles? 17 Even so every good tree bears good fruit, but a corrupt tree bringeth forth evil fruit. 18 A good tree can not bear bad fruit, and a bad tree can not bear good fruit. 19 Every tree that bringeth not forth good fruit is hewn down, and cast into the fire. 20 Therefore shall know them by their fruits. 21 Not every one that saith unto me, Lord! Lord! will enter the kingdom of heaven, but he who does the Heavenly Father. 22 Many will say to me in that day, Lord! Lord! have we not prophesied in Your name, cast out demons in Your name, and done many miracles in thy name? 23 And then will I profess unto them, I never knew you: depart from me, ye who lived in lawlessness! 24. 10 And then shall many be offended, and shall betray one another and hate one another 11 and many false prophets will arise and lead many astray. 12 And because iniquity shall abound, the love of many will grow cold most. 13 But he who endures to the end shall be saved

I believe and have experienced the Pentecostal message that wonderful, lovely and pretty!

The starting point and what was brought to Europe by Pastor Barratt from the U.S. I believe in, experienced and preach. That after salvation is an experience called the baptism or baptism in the Holy Spirit with tongues as a sign. Let this not be any question dear friends. But what has happened along the way and that has brought the PinseKaresmatiske movement under what the Lord Jesus said would be people who do iniquity, and he did not want to acknowledge? I think there are several issues here to take with you, whether this is a short article about a very large and wide topic we will shed light on something so you can get an understanding that this was happening here is a form of mass seduction worldwide within its PinseKaresmatiske the direction in Christendom.

1) Jesus rebuked the not to believe in signs, wonders and miracles. But he rebuked them for living in lawlessness. Than was so "free" that was a slave to sin.

Joh 8:34 Jesus answered them, Verily, verily, I say unto you, Whosoever committeth sin is the slave of sin.

Today is sin so permeated and received such entry within its PinseKaresmatiske the part of Christianity that no other place. Why? Even Lutherans, Adventists, Catholic, Jehovah's Witnesses and other do not live in sin so that PinseKaresmatiske Christians. What did Jesus say about this?

It does not matter what we really believe if we do not live in accordance with it, and the message that the Bible speaks of influence on us. It is important to learn just as many Pentecostals have done. But it is when we both learn and live just like we are great in the sight.

2) Jesus did not say they had experienced biblical things, "Lord! Lord! have we not prophesied in Your name, cast out demons in Your name, and done many mighty works in your name? '. They had believed, experienced and proclaimed "Pentecostal doctrine." And hallelujah and thank goodness for that. Yet his judgment upon them striking hard, judgmental and powerful: "I never knew you: depart from me, ye who lived in lawlessness." If we read the original text here that Jesus uses the word egnōn to know you. There is a very strong word. It means something like he did not want to be associated and want to be connected to these people when they are as far from him as it is possible to get.

Just think what we are experiencing here in Norway with all the divorce and remarriage within its PinseKaresmatiske the part of Christendom. I heard that in the U.S. then topped religious movement remarriage statistics, tragic!

3) Paul says the same thing but in a different way:

1 Cor. 13th 1. Though I speak with the tongues of men and of angels, and have not charity, I am become sounding brass, or a tinkling cymbal. 2 And though I have the gift of prophecy, and understand all mysteries and all knowledge, and though I have all faith, so that I could remove mountains, but have not love, I am nothing. 3 And if I give to feed the poor all that I possess, and though I give my body to be burned, but have not love, it profits me nothing.

Neither the Lord Jesus Christ, the Apostle Paul, or I will take away the "Pentecostal message." But it must be lived out through God's holy men and women, then preached and praktisereres. We can not neglect certain things and take care of other things. Eg. a person who is re-married, gay or not living in accordance with God's words, and should not preach at all!

4) The apostles Paul says that one can have, "angels, prophecy, and understand all mysteries and all knowledge, and though I have all faith, so that I could remove mountains, I give to feed the poor all that I possess, and though I give my body to be burned. " But do not live as a believer and love. What are you then? "No,". It's incredibly sharp and judgmental word apostle comes with here. Who would not have had such a preacher who is a multi husband in all areas. But live than not in accordance with the biblical message we are and nothing remains. We must and will subdue our bodies every day, to the way a role model and victories after having done all!

Final Comment: for me so appears the ambivalence that we see within its PinseKaresmatiske Christianity as worse than anything within its Christianity. In many ways PinseKaresmatiske movement was 1 \ 3 evangelicals. Third New Agers and 1 \ 3 worldly. Then we have also the prototype of the false prophets in the time that God's word warns us against and who it is prophesied will emerge and be a big part of Christianity before Jesus comes to take the bride home to heaven.