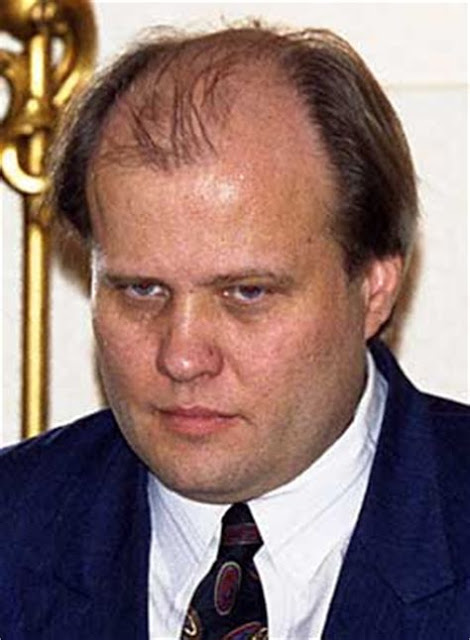 Picture of me, Jan Kåre Christensen, which of us two would you like as a believer to succeed? 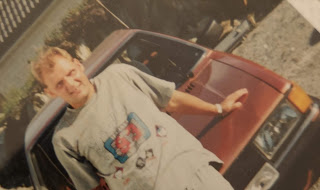 Torp who is divorced and remarried as a believer, and who exploits others to get millions that are sick and in a very vulnerable situation.
Or me, who earns my own money and lives on it.
And that what we spend on our business is the emphasis of funds that my wife and I spend on our own income.
Unlike Jan Aage Torp who, as far as I know, has a single penny earned his entire adult life on his own work?
Only by getting funds from others, including a Serber he used to sell his apartment as Torp "tapped" for 1.4 million straight into his own pocket of this money. When he was asked to pay the money back that Torp had then spent. Did Serber be told to keep the money for himself that he had given to Torp, talk about being a crook!

Matt. 7. Take care of the false prophets! They come to you in sheep's ham, but inside are the voracious wolves. 16 Know the fruits of the fruits. Do you pick grapes from thorn bushes or figs from thistles? 17 A good tree bringeth forth good fruit; a bad tree bringeth forth evil fruit. 18 A good tree cannot bring forth fruit, and a bad tree cannot give good fruit. 19 Every tree that does not bear good fruit is cut down and thrown into the fire. 20 Therefore you shall know them in the fruits.

When Jesus teaches his most famous spokesman and at the same time one of his most important talks - the Sermon on the Mount - then the main message is what role models do you have!

In many ways, Jesus constantly sets up opposites here in the Sermon on the Mount. Where it culminates in whether you build your house on sand (adventures, emotions, human acceptance, money, etc.) or on the rock (the word of God and Christ.)

But we humans are "sickly" concerned with having role models, therefore this personalization of sports stars, rock stars, business executives etc.

This with role models is much more "natural" and important than we actually regard as important on a daily basis. From childhood, our parents become our greatest and most important role models, and others come in as grandparents, teachers and others. Then it will be teachers, sports stars, rock stars, business leaders, publishers etc.

In the Christian area, it is without doubt our preachers, leaders and shepherds.
This is what Jesus really addresses here in the Sermon on the Mount.

Let me take an example if I could take more.

Here the poor in the Spirit are lifted up, for you are the kingdom of heaven.
Then a description further down on how they are. They now mourn, they are meek, those who hunger and thirst for righteousness.
While it is in the "cards" that you are not like this, you do not belong to the kingdom of heaven either.

Then, in fact, we come to some of what is most discussed in the Sermon on the Mount, which you will occasionally find in Luke's gospel. But you have the whole speech gathered in Matthew 5 - 7 chapter. It is that the shepherds - Jesus' followers - are role models for good or evil. They are either true or false shepherds, true preachers and teachers. Or false and illegitimate publishers and shepherds.

Jesus speaks of those who are "great" and true in Matthew 5: 19 and beyond. He continues on the same theme including in Matt. 7. 15 and beyond. And we find it embedded throughout the Sermon on the Mount that we carry either good or bad fruit, all because we are true believers or false.
I and Jan Aage Torp are both preachers and teachers for others, but it is really the only similarity we have except that we both are called Jan and are born abroad. He in Japan and I in Denmark.
But otherwise the similarities are gone, then it is the inequality that dominates whether we both believe in the word of God, Christ and speak in tongues.

Jan Aage Torp is divorced and re-married. I am not, here is the most important and greatest difference in terms of God's word on us. Why?

I have many, many other things to address that are different between me and Jan Aage Torp, but when one falls through in such an area as marriage. Then one is disqualified from being a preacher, pastor and shepherd. In many ways one can say that Jan Aage Torp is like King Ussia, who became leper and thus was excluded from Israel both as King and "member."

Is remarried and remarriage among preachers so important?
What does the word of God say?

We read that the scripture gives a clear testimony of the priest in the old covenant how he should live, who was in the same responsibility to God and his fellow men as the preacher and overseer stand in the new covenant. Leviticus 21:14: "A widow, or a divorced, or a dishonored woman, or a harlot, he shall not marry. Only a virgin of his people shall he take for a wife.
We read that God gives the same testimony and demands the same of the priest during the coming 1,000-year kingdom to serve the people of Jerusalem in Israel, where law and justice are to be adopted. Ezekiel 44:22: "A widow or a woman whom her husband divorced shall not take for a wife, but for the virgin of Israel only. But they can take a widow who is a widow after a priest.
When Scripture is so clear about the pastor in the Old Covenant and under the 1000th Kingdom, it is no less clear when it comes to the congregation's pastime, we who live under the most glorious and greatest privilege of all; "One woman's husband".
Just as Scripture says it is demonic and seductive to deny a preacher and overseer to marry (1 Tim. 4: 1), getting under the same negative conditions is accepting and allowing publishers to marry. new while the spouse is alive. It is only at death that it may be right for a supervisor to remarry again, and then with no one who is not divorced!

"Cardinal sin" to Jan Aage Torp is not only his misguided teaching, that he utilizes weak people to give Million amounts to him and that he reported to me, etc. Standing in the lead with obvious criminals such as Torodd Fuglesteg and Arnt Arnesen from Stavanger who have written under several "deck names" or psynonym names like Ansgar Braut are his most used and known.

This is supposed to be the image of Arnt Arnesen who has written under the name Ansgar Braut. 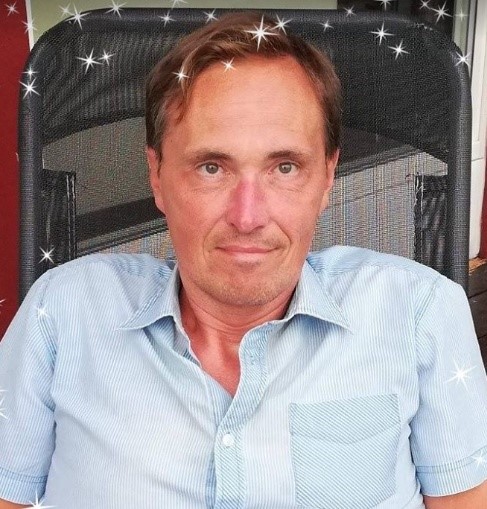 Picture of Torodd Fuglesteg who is the biggest webmaster I know of, who has been driving and running the fake Smyrna blog that I have become the nausea of ​​many once. 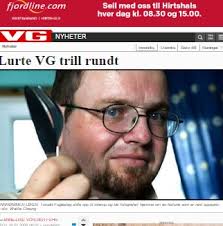 This is just the fruit of an unconverted life as a "believer", something he is not.

Who do you want as a believer to have as your role model?
Me who lives 120% clean, works and earns my own money.
Live and learn in accordance with God's word.
Or Jan Aage Torp who neither lives nor teaches as the word of God and who believes that he is "exempted" to follow God's word at such an important point as marriage.
Where he believes the so-called "innocent" party can marry again. But when I asked him who was the so-called "innocent" party of him and his first wife, he couldn't answer it when they were both re-married today!
The whole of Jan Aage Torp is viewed from the word of God nothing but a great "miss," it is so unbiblical life and he learns that scripture says of such as he follows:

2 Tim. 2. 26 And awake again from his intoxication in the snare of the devil, whom they are captured by, so that they must do his will.

2 Pet. 2. 10 Mostly those who go after flesh in unclean desires and despise domination. The self-righteous roller cocks! They do not tremble to mock the high powers, 11 but angels who are greater in power and power do not blaspheme the Lord against them; 12 But these, as well as unreasonable animals, born of nature to be captured and perish - they must, because they mock what they do not know, perish in their habitat 13 and receive the wages of injustice. They want to spend the day at the well-being; these abominations and stains, they betray in their deceit when they are guilty of you; 14 They have eyes full of harlotry and insatiable in sin; they endure unconfirmed souls; they have a heart practiced in sickness, the children of the curse! 15 They have forsaken the way and gone astray, following the way of Balaam, the son of Beor, who loved the wages of unrighteousness 16, and was rebuked for his own righteousness; 17 These are waterless wells; The night of darkness is ready for them. 18 For as they speak boastful, empty words, they entice in fleshly lusts by the delusion of those who have just fled from those who go astray, 19 promising them freedom, those who themselves are the slaves of malice; for what one lies underneath, he is and has been slain by. 20 For if they have fled from the uncleanness of the world, knowing our Lord and Savior Jesus Christ, and being caught up again by it, and subduing it, the latter is worse with them than the first. 21 For it was better for them that they had not known the way of righteousness, than that they knew it, and turned away from the holy commandment which was delivered unto them. 22 It is as if the true saying goes: The dog turns to its own vomit, and the washed sow falls into the mud.

This is an accurate description of "Pastor" Jan Aage Torp, not much to follow after you ask me.

How is my life and service?

I live in Along with my only wife, go to work and earn my own money with which I brought myself and my family and service.

Get some support, but the emphasis is on my wife and I.
Live as I preach and dedicate myself every day to the living God.
Reads God's and Prayer regularly. God directs and governs my life and service.
Everything is in the hands of God Almighty.

Here are some articles related to this article: