No. 1504: PBE here in Oslo was initially very positive when Kaja Aubert Lange was a case officer, it indirectly tells me that I speak true, while District Court Judge Edvards Os conveys lies and falsehoods!

No. 1504:
PBE here in Oslo was initially very positive when Kaja Aubert Lange was a case officer, it indirectly tells me that I speak true, while District Court Judge Edvards Os conveys lies and falsehoods!

PBE here in Oslo was very positive to us at the beginning when we had Kaja Aubert Lange as case officer.
This I document here, among other things. in a document further down the page.
Today, they are so negative and difficult they can remain. They appear to be like a chameleon, then it's not easy! 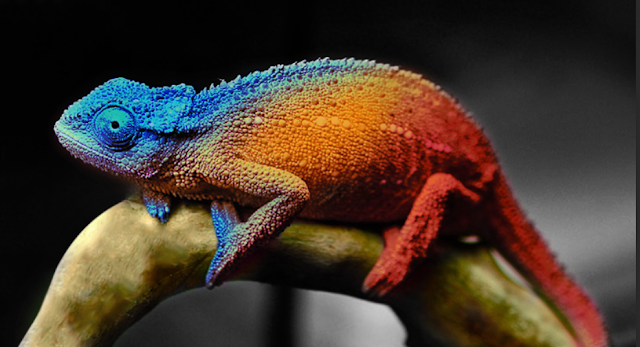 A judgment should not build solely on indians, but it always speaks in one direction. That's how it is with this fight here between us and the "public" Norway!
Do not remember the Planning and Building Administration here in Oslo.

Having gone through old documents, I would say in our opinion that this clearly reinforces my explanation.
That we have on several occasions received verbal commitment to build masonry on old wall without searching as it was wall in there before.

At the beginning of 2012 - 2014 the period between them, the PBE ratio to us was 120% positive.
After Kaja Aubert Lange was taken off the case, everything became different.

Blue. then I see from old documents that the neighbors were harsh at us that we made stairs down like any other house that is against the Stormyrveien has.
Before that we had a dangerous rope that we climbed up and down, as PBE wants us to return to.
We have rented out since spring 2013 and this a smaller part of our home.
As we share our sports booth.
In 2015, PBE was on a hidden visit here by Kjell Henning Thon, since then we find that PBE has almost done everything they have been able to gag us.
They went from being nice and positive, to the opposite.
We wanted an inspection both from PBE, the Civil Ombudsman, the court and you, but no one will come except for a hidden inspection when I and my wife were at work.

Kaja Aubert Lange defends, among other things, our right to both rent in the home and stairs. After our closest neighbor sent mail that everything with us was illegal and we were running illegal rentals, something we've never done as far as I know.

I write about this in an article that I want to reproduce here, how the district court judge Edvards Os in my opinion overlook clear facts in this case.

The lies against me from the Oslo District Court and from the guard around Jesus' resurrection are almost identical, talk that the successors of the Master will experience the same!

District Court Judge Edvards Os, those who kept watch at Jesus' tomb and some others "see" what they want to see. They "slept" with an eye and kept watch over the other. An impossibility of course, as with Os. He overheard the conversation I had, several years later. He's gossip is not there!

What they don't want and can see and hear, they dictate a story or "adventure". Such as doing half-lies are really worse than crooks as they want to look better than they are. Sad, but true.

Yes, "In the back country where the east is west and five and two are nine." Then it will not be easy to relate to such people. It's an impossibility.

What is so interesting about God is that we read about our lives in good and evil beforehand. Everything is actually written in the word of God, as here.

The main point during these negotiations was to make sure that was "waterproof" when I also wrote in advance about this, and talked well and long about it in court. But what does the judge do? This was the dishonest judge Edvards Os.

Well, he says in a lie story that I haven't understood what I've been told. It reminds me of what Jesus and his disciples suffered from lies. When Jesus had stood up, the guards who "slept" were paid to pay to say that his disciples had stolen his body. The lies of the guards of the tomb of Jesus and the court judge Edvard's Os are of the same age. How can you see someone stealing a "dead" body when you sleep and overhear a phone call that you are not part of or have heard of? It is of course impossible.
Jesus had stood up, but that this should not come out. Then there was a counter-action on this. Then with lies that the disciples had stolen his body. This was witnessed by someone who slept.

In our case there are similar liars as there are people who have not heard my conversation with our case officer, saying that it has never occurred. And if it has taken place, then they know what has been said, but not me.

This court writes Judge Edvards Os in the verdict against me. In the next section I tell my version. They are like night and day, like darkness and light.

Edvards Os writes this:
Significance of the guidance from the municipality. The initiative owner has perceived the municipality's guidance so that the support wall was not subject to application.

Such guidance is given on the basis of the information provided by the promoter, and oral counseling by telephone does not have a binding effect on the municipality.

In this case, there is a large discrepancy between what is allowed by the regulations and what is listed. We cannot see that it is probable that the municipality has given consent to a wall a v this size, placed in regulated road surface.

Of course, this is just a lie, and again a lie. He has no prerequisite for being able to make such statements when he has never heard or heard the conversation between us.

He behaves as if he is a psychic or predicts what has been said, and bases his judgment. Talk about acting like a crook as a court judge in my eyes. Such can then no one hold on.

Yes, I have received guidance several times, here is what actually happened.

We moved in here in 2012. In 2013 we called down to our then case officer Kaja Lange Aubert. It was called down 2-3 times, to make sure we did the right thing.

And, that the city of Oslo has not been interested in hearing our version at all, they had decided 3 - 4 years ago that we should get everything down.

What happened to the phone calls we had with our then supervisor Kaja Lange Aubert?

Do you remember remembering that we called down mid-May and August 2013? It is five years back in time, it is a long time ago and difficult to remember in detail every word as it was said, but in my memory she replied like this.
Then I asked about the following, we set up stairs and wanted to set up a wall. Trapp I think we set up 2013, when before this we had had a rope that we threw ourselves down on in the Stormyrveien, and believe it or not, it is until this level that the Oslo municipality has given us an order to return to that we should use a rope to throw us down on the road with. You do not believe it, but we had it before we built a staircase that the city of Oslo has ordered us to demolish, to grasp the one who can.

I asked what was needed to build a wall, to which I got the answer that if a wall had been built there before, it was not mandatory to build one on top of it. This replied Kaja Lange Aubert.

I said yes, and then Kaja Lange answered Aubert that then it was NOT APPLICABLE WHEN IT WAS BUILT A WALL FROM BEFORE!

I further said that we see a wall of 1.5 meters and 1 meter fence.

This was no problem, she said, as others from before have higher walls than you.

In 2013, I even called an extra time, for the sake of safety and asked the same, and the same answers were given.

BUILDING UP OLD WALL WAS NOT APPLICABLE.

As long as there was a wall there before, we didn't have to search even though the wall was different. In other words, we got permission in advance of our construction of a wall, that district court judge Edvards Os believes that this conversation has not happened. As well as knowing what has happened, only shows that the man must obviously be very confused and hold on as if he were in trance or something like that.

The same court judge Edvard Os tries to hear both a phone call and not hear it, talk about "super-man"!

We read that this lie that the disciples robbed the body of Jesus, this lie was very well fixed.

Matt. 28. 15 Then they took the money, and did as they were taught; and this reputation came out among the Jews, and has remained to this day.

This is the same as I / we have experienced. This lie that I / we have not been promised that we can build masonry on old walls, PBE here in Oslo would not have considered. Not the County Governor or the Civil Ombudsman, and now in Oslo District Court they continue to lie and thickness something that is not at all.

Talk about being crooks, it doesn't help to wear a jacket when you are full of lies inside!

So it was with those who kept watch at Jesus' tomb, so it is with these various public agencies we have had to do. And last but not least, now. District Court Judge Edvards Os who continues with lies and fabricates stories that have absolutely nothing of the truth in them, only lies and fictitious things, like pure adventure!
There is more credibility with Asbjørnsen and Mo, than it is with these. But that someone is lying, it's nothing new. As long as this present world exists, lies and truth will be interchangeable. But in the end, it says in the word of God that liars should not inherit the kingdom of God. When the kingdom of God breaks out, the lies also cease!
(quote worn).

Here, neighbor Roar Telje keeps writing shit about me. While wet then case officer Kaja Aubert Lange defends us. She did this on several occasions, which are clear indications that she was with us. And now in retrospect she will not admit this and other things. Why? Simply for one reason, I think the load has become too large.

Finally, add documents from Telje with his blackmail by us, and Kaja Aubert Lange who defends us. Also adds my answer, which shows that PBE was with us at first. Here was really me and Kaja Aubert on "team" against the ugly neighbor Roar Telje who gossiped to PBE and wrote the truths and shit about us.

Even inndisiene says that i speak true, but the whole "public" agency lies against us for if possible trying to gag us. Talk about going to the evil one! 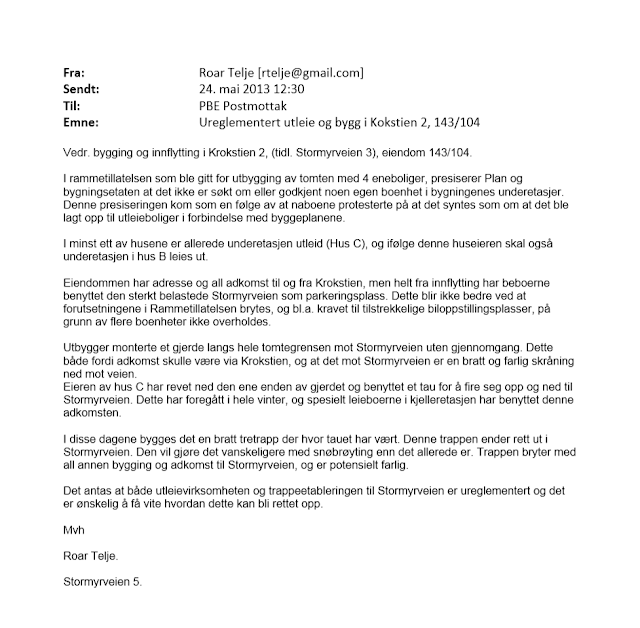 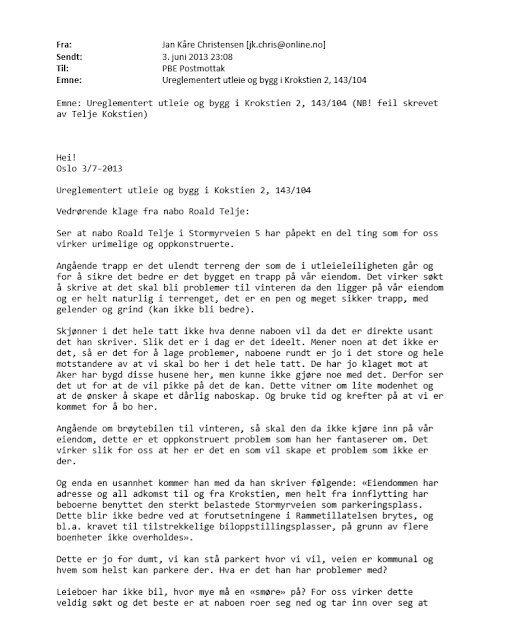 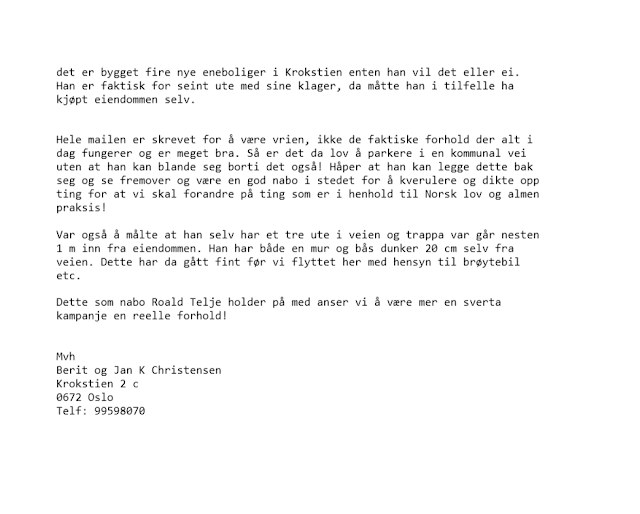 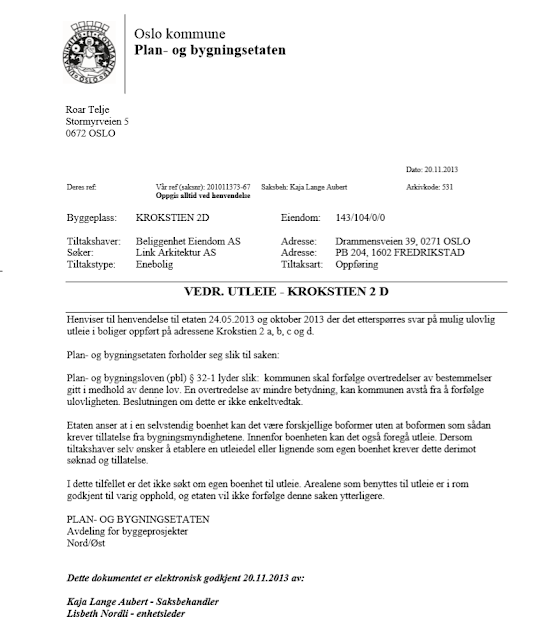