No. 1510: Although PBE here in Oslo will come to meet us now, we have been met with an unfair and meaningless neglect that is not worthy of a public agency!

No. 1510:
Although PBE here in Oslo will come to meet us now, we have been met with an unfair and meaningless neglect that is not worthy of a public agency!

Now I have written in other articles which treatment we have received from the public Norway.
It has been in my eyes maximum bad, unfair and will go so far as simple and degrading to being treated and lied to.
Almost like bullying to count!

But as a Jesus believer, then there is an enormous appetite in every way in such difficult situations that we have come up with, and are partly up to the point when the matter is not resolved.
If PBE has now come to meet us, then there is another way to go before the solution is in place.

1.) Praying to God and other believers praying for and for one is of unimportant importance. It cannot be overstated, the appetite and opportunity that prayer provides.

2.) We are Jesus' followers and will live as he did. Jesus prayed for his adversaries and those who wanted and opposed him. Those who also crucified him and executed him. Yes, not just executed him, they actually tormented, mocked and stroked him. Jesus prayed and forgave them.

Luke 23.34. But Jesus said, Father, forsake them! for they do not know what they are doing. And they shared his clothes between them and threw lots of them.

As Jesus' believers are, they will be guilty of living as he lived in this world.

No matter how bad everything is and how much wrong it has done to us, our calling is as a believer to forgive. Don't accept and believe that bad behavior is good, but forgive those people. It is the responsibility of God to catch up, and that is what all men will be passing by.

Room. 12. 17 Do not repay any evil with evil; put on what is good for all people's face! 18 If possible, keep your peace with all people! 19 Do not avenge yourselves, my beloved, but give up the wrath. for it is written, "I have vengeance, I will repay," says the Lord. 20 If your enemy is hungry, give him food; if he thirsts, give him drink. For when you do this, you collect coals of fire on his head. 21 Do not overcome evil, but overcome evil with good.

In this case and other issues that I have been with, such as with Jan Aage Torp and this case. So I can't see that I could have done things so much differently.
Now we are going to apply for PBE to get permission to have what we have built and we have been given oral permission to build. The fact is that I am proud of the very good building application we have already sent. That it was not accepted and we received approval is not to be understood. But here I add some of the application. As to show that we have done everything really well, this then was shunned is really a scandal. But I do not expect anyone to ever ask us for forgiveness or we will receive ecological compensation for all that we have posted. But I think God sees, and he pays for what he finds good.

Will also say one thing that we as believers are in a conflict. I have experienced this myself that there is a great difference between being a pagan in this world and a burning Jesus believer.
Let me mention an example that is very striking. Before I became a believer I could do things that were applauded. But then one does the same as Jesus believers, and then one becomes contradictory. What is it? There are Spiritual powers and Spiritual powers that affect people as the word of God speaks. We must be aware of these.

Here from my Bible commentaries Ephesians 2: 1. 1. You were once dead because of their iniquities and sins.
Isaiah 59. 2. "It is their iniquities that distinguish between you and your God. Their sins hide his face, so you do not hear. "
Misdemeanors = wrong deeds that separate us from God with a deep divide.
Sins = to bounce on the goal of our lives. Then God disappears for us. The blessing says, "The Lord shine upon you and be gracious to you." But sin hides the face of God so that it does not shine upon us so we can receive grace.

2 You lived in the present world's way, and led you by the ruler of the kingdom of the air, the spirit now active in the disobedient.

Paul takes care of himself: "Yes, we once lived all of them. We followed the lusts of our sinful nature and led us and our own thoughts. So we were by nature under the wrath of God, like the others. " Ef.2,2-3. It must become a before and now in a human's life if they want to hear Christ. It is not a question of being better than others, but becoming a Christian means a breach of this world's sinful being, and a surrender to Christ. . In Philippians, he writes, "Admittedly, I have what I can show of human merit. If anyone thinks he can trust that, I can do it even more. "But after his conversion, the tone has become another:" We have our praise in Christ and do not trust in anything human. "
In this clear Christ confession, he came into opposition to the people and to the religious leaders of the time. But after meeting with the resurrected Jesus Christ, it was impossible for him to preach any other gospel than he had received. The Holy Spirit had clearly revealed to Paul who he was. "I know that in me, that is, as I am in myself, no one lives well." He maintains both for himself and for everyone else that the only way to salvation was to turn to Jesus Christ to receive it undeserved grace and forgiveness from him. He even experienced the persecution he had previously committed to Christians. But he, who previously burned with hatred against Christians, is now burning with love for both Jews and Gentiles. “I have a great sadness in my heart. Something that always hurts me. I would like to be cursed and divorced from Christ, only to help my brothers and countrymen. ”Rom.
It is not difficult to register that anti-Christian forces are effective today. It goes on both preaching and forms. The most active in pursuing Christians are precisely those who think of themselves: "I have the right thing to do with human merit." The Word of Scripture, they all help reveal the great distinction between this world and the kingdom of God. Actually, this is only natural, writes Paul in Corinthians: "As a man is in himself, it does not accept the things of the Spirit of God. For him it is ignorance, and he cannot grasp it; it can only be judged spiritually. "" As soon as the contradiction is removed, it is to be a Christian nonsense. "

3 Yes, we once lived all of them. We followed the lusts of our sinful nature and led us and our own thoughts. So we were by nature under the wrath of God, like the others. 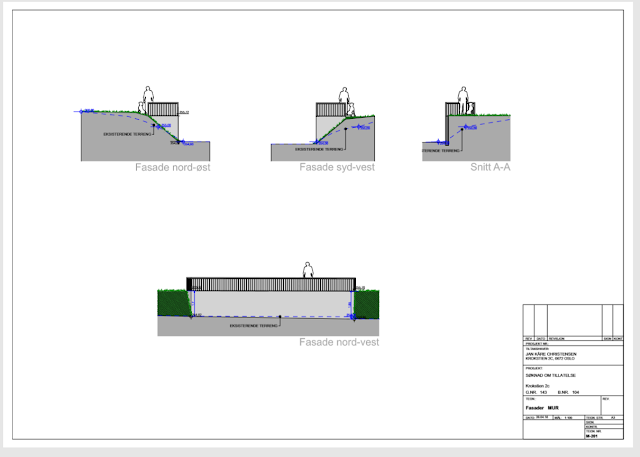