No. 1512: God wants us to experience "good" days as believers, after all the "battles" directed at us!

No. 1512:
God wants us to experience "good" days as believers, after all the "battles" directed at us!

Lewi Pethrus in the book writes victory times - break times in the chapter of triumph - our guiding principle the following: The victory of Calvary is the victory over everyone else!

"The big crowd began to fail him when he began to talk about his suffering and death. Even the twelve he had chosen as his apostles failed him and fled. Before that, one of them had succeeded in selling him for thirty silver coins to his enemies. The most trusted of them all denied their discipleship three times during the public trial against him.

He swore he didn't know him. Humanly, then, the beginning of Christianity ended with its founder hanging lonely and abandoned by God and people on a cross between two robbers. This was, according to Jesus, enemies of Christianity's breakdown in the very beginning, and many of the believing Jews saw his defeat for ever.

They did not see the plan of salvation of God that lay behind these seen so discouraging external events. But in what seemed to be the greatest defeat, the greatest victory for God's cause was ever won.

The victory at Calvary is the victory over everyone else! "
(end of quote). 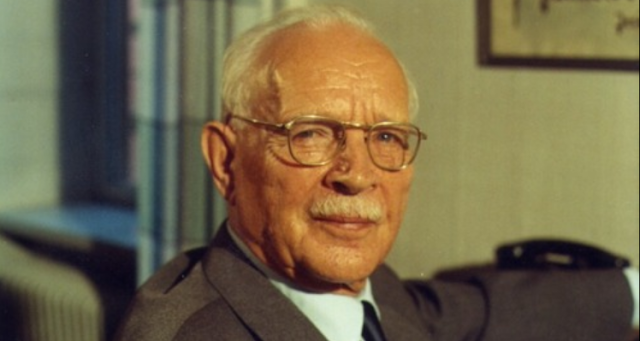 Luke 4. 13 And when the devil had ended all temptation, he departed from him for a time.

It's a time for everything the scripture says.

I have experienced that for the spirit life and living sanctified and clean. So, indeed, resistance, difficulty and trials are many times "better" than progress, tribute and "good" days. We see this, among other things. with King David.

1 Sam. 13. 1. The year after, when the kings usually go to war, David sent Joab and his men, all the army of Israel. They ravaged the Ammonites and besieged Rabbah. David himself sat at home in Jerusalem.

King David did something that "all" other victorious kingdoms have made after winning the victory, "to evade" the battle he was "set" to lead.
There is something called enjoying his otium, "resting" on the laurels or "sucking" on the caramel. For us believers it fits very badly, we are in a struggle that lasts a lifetime.

It's an enemy that's ready to take us, constantly more or less. At least if we think we can live like the world. It's really what King David did, he became too mundane. But there is an enmity between us and the world, where we can never sink to live on a worldly level as believers and believe that we are "exempted" from Satan's cunning and cunning attack, there we are!

We as believers stand in a completely different struggle than the children of the world. Where the world's children have a standard, God has a completely different standard. I think that became King David's path. He was not careful enough, it is exactly what the World Standard is, one is gentle on where God is careful, and where God is gentle, the children of the world are careful!
There are two different kingdoms facing each other and fighting.
God is very careful with morality and ethics, but more lenient with "silver and gold!" He owns all this world after all.
While the world's children are very careful with "silver and gold," where God is lenient as it is our morality, or lack of morality that separates us between us and us.

Isaiah 59. 2 But your iniquities have divorced you and your God, and your sins have hidden his face from you, that he may not hear.

God will "test" us so that he can see what lives in our hearts, and we ourselves can get the necessary self-knowledge we need.

Proverbs 24:10 If thou wilt be discouraged in the day of trouble, thy strength shall be low.

Satan has a "plan", this "plan" is very often God's "instrument" for his will to happen.
In other words, there is no one who "serves" God as "good" as Satan, when we as believers such as Jesus do not yield to Satan or our enemy's cunning play and attack!

This is the "normal" Christian life, that Satan, the evil powers and the world are after us to a greater or lesser extent. These are things that we cannot do anything about as long as this God of God is Satan. Now there is a lot about him, but at the same time it is evil in promoting God's will in this world in the sense that he "tests" and "tries" us to vYears of surrender to Christ are true and true.
At the same time, through his resistance, the "truth" comes out when the Evil One does not keep anything hidden from the outside world. He wants everything about us to come out, first and foremost, our mistakes. If he does not find anything there, then he distorts and lies, as it seems, as believers, anything but the one we are.

Jesus had the reputation of being a Samaritan and obsessed. I have the "reputation" of me through Jan Aage Torp and his disciples that I am a hater and Anders Behring Breivik a follower and disciple. The truth is so far from this it is possible to come!

It is through the difficult and trying periods of life that "resurrection" tomorrow knows than to appreciate and be grateful for.

We sing in Sildiregn at Nr. 171 A song about this: King Saul forbade all the people to eat - Jonathan ate of the Lord's barrel. He stuck his stick in honey ready. And his eyes got a shine so wonderful. Cows: In the rock honey is, in the rock honey is - Abundance of honey now in the rock is. Come, taste and see that God is good. In the cliff abundance of honey is. Rarely good and comprehensive song that tells about what I describe here.

It is illustrated here with the hard rock, the cliff. The rock is also a picture of Jesus whom Moses struck, just as Jesus was beaten. Then water came out from the cliff to the children of Israel. Through Jesus' wounds and wounds, salvation, healing and all good came to us.

It is actually a secular song by DeLillos that sings something about the same thing.

All this tells us that there is not always a fight, it is also a victory.
It's not always rain. There is also sunshine.
It is not only laborious, difficult, and troublesome, but we as believers are to experience a land flowing with milk and honey.

Exodus 33. 3. Go up to a land flowing with milk and honey; I do not want to go up with you because you are a stubborn people; Otherwise, I wanted to destroy you on the road.

Exodus 3. 17 And I have said that I will bring you away from the plagues of Egypt, and into the land of the Canaanites and the Hittites, the Amorites, and the Perizzites, the Hivites, and the Jebusites, into a land flowing with milk and honey.

It is either the land of milk and honey, or a desert. So it is with us as believers, we experience after difficult and trying periods in our lives as believers. That the exit becomes either a desert, or it becomes an abundance of life in and with God. A country that overflows with "honey and milk."

Efes. 6. 13 Take therefore the full armor of God, that ye may be able to resist on the evil day, and to stand, having overcome all things.

The story is under - educational - exciting!

What is great about Christianity and what we believe in is that our trials, suffering, and the negative we experience as humans are for a purpose. It both tests us, empowers us and it makes us know a perfect joy. It is because we have experienced the negative that we appreciate the positive. So from a Christian perspective, none of what we experience as humans is "negative!"
Everything is really "positive" as the "negative" has a "positive" effect on and for us. Now we could take so many stories and depictions from the Bible. Yes, the whole Bible. But let us include some words and phrases from Joseph.
Joseph was one of twelve brothers, the one most held by his father Jacob. At the same time, he also received the greatest revelations and dreams from God, then among his brothers.
This was no reason to be hated and later sold by their brothers to some traders, some Midianites.
It looked like he had "fallen" into the great accident when he was sold as a slave, and later ended up in Potiphar's house.
There were ha lie on and later ended up in prison, was it possible to end up deeper and in a harder and more preaching situation?
Hardly, but from that, his "exaltation" and God's plan also began to crystallize. Everything else is history for the acclaimed Bible reader?

Joseph began to declare dreams in prison, among other things. for two people, a mouthwash and a baker. He was also "forgotten" by these, even though he pointed out their dreams and came true.
2 new and long years passed before he had the opportunity to decipher new dreams.
But now it was not anyone's dream, but Pharaoh. The greatest and most powerful man of the time.
Here he pointed out Pharaoh's dream, and became after this man who was next to Pharaoh. Moreover, he was not only exalted, but his brothers came and bowed to him whom he had already dreamed of!

What does Joseph say after all he had gone through, even though very much of it was incredibly negative and degrading!

Genesis 50. 15 When Joseph's brethren saw that his father was dead, they said, "Only now Joseph does not lay hatred for us and repay us all the evil we have done to him!" 16 Then they sent messengers to Joseph, saying, " Before he died, your father charged us 17 that we should tell you this: Dear, forgive your brothers the injustice they did when they sinned and acted evil against you. Now forgive the injustice done by us who serve your father's God. "Joseph wept as they spoke to him.
18 Then came the brethren, and fell down before him, and said, Behold, we are thy servants. 19 And Joseph said unto them, Fear not; Am I in God's place? 20 You thought to hurt me, but God thought it good, for he would give life to a great people, as we see today. 21 So don't be afraid! I will take care of you and your children. "So he comforted them and spoke to their heart.

Notice that Joseph saw everything that happened as the plan of God, both with him, the brothers, and "the whole world!"

Now he had become the second after Pharaoh through this, he could not come up "higher".
All he went through was part of God's plan!
After evening, one evening comes.
After dark, the light breaks out!
It always goes to victory, joy and rest for us believers!
Lagt inn av Jan Kåre Christensen kl. 23:45