No. 1502: Marit Magdalena Øvretveit thinks to know that I have mental disorders when I repeat things more than "ordinary"! While the court thinks it's punishable!

No. 1502:
Marit Magdalena Øvretveit thinks to know that I have mental disorders when I repeat things more than "ordinary"! While the court thinks it's punishable!

Picture of Marit Magdalena Øvretveit who thinks and writes that I am "mental disturbance in their total lack of self-insight, and overwhelming repetition and disclosure of others as sinners." 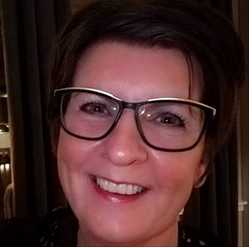 This writes Marit Magdalena Øvretveit to Anders Torp on his Facebook page about me.

Torp senior has not blocked me. Possibly because yesterday he mentioned my full name publicly, with criticism and claiming my full support for a certain Jan Christensen.
A man like Torp was convicted of his anger. Torps senior's accusations against me were totally misleading.

And as I wrote a little about here on the page. That I do not support the way Christensen is in the way. Nor against Torp.

Although I believe in the holiness of marriage. And what that means.
I also wrote that I suspect that he Christensen, may have a mental disorder in his total lack of self-awareness, and overwhelming repetition and disclosure of others as sinners.

And when I wrote here that Torp handed me in total inaccuracy and did this without being able to comment and correct him, he wrote that I could. But it is not open to comments there for me. Possibly why he does not double me out.
But then I got to explain myself here. And we can be sure that Torp senior reads everything that is written.
I also have to say that I support Anders Torp, full.
The form of exorcism practiced by some does not depend on one's grasp. And is of great harm to both small and large.
(quote end).

Here, one is accused of being mentally disturbed just because one repeats things. But there are many reasons to repeat things. I just want to set up some simple points for this.

1.) Have a monologue or discussion with different, more than one. Then you have to repeat things. Then to hear that one is mentally disturbed is real bad!

2.) After all, I am a "small" voice and actor. It is not that I am heard the first time I write or speak. Therefore, it is necessary for me to repeat the message. Then to hear that one is mentally disturbed is real bad!

3.) Much of what I preach, there is no one else who dares, wants or abilities to address. Therefore, it is necessary and right for me to repeat the message. Then to hear that one is mentally disturbed is real bad!

4.) There is so much lie and Fak News, then they are necessary and correct to repeat the truth. Not just once, but many, many times. Then to hear that one is mentally disturbed is real bad!

Final Comment:
Am I disturbed and lacking insight due to this as Marit Magdalena Øvretveit claims? In Oslo District Court I was convicted of a lot of writings when they had nothing else to judge me.
In my eyes, there is nothing wrong with neither me on the spiritual, spiritual or bodily plane. That others claim and claim this is really old new!
But God will in time bring my cause to these people, as the scripture says:

Room. 12. 19 Do not avenge yourselves, my beloved, but give your wrath. for it is written, "I have vengeance, I will repay," says the Lord.
Lagt inn av Jan Kåre Christensen kl. 11:59