No. 1690: Lawyer Brynjar Meling is absolutely right and the courts are wrong about the law enforcement that is used to me is only for a dirty game by the police and courts to conduct Christian prosecution!

No. 1690:Lawyer Brynjar Meling is absolutely right and the courts are wrong about the law enforcement that is used to me is only for a dirty game by the police and courts to conduct Christian prosecution! 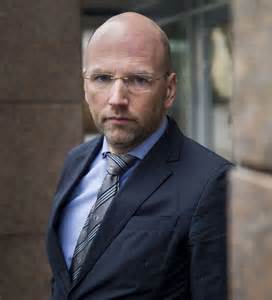 There has basically been a dirty "campaign" against me from Torp, the police and the courts. The justism of times is no doubt what I am convicted of not participating in the trial or discussed in court.Besides that, the code of law used against me is an abuse.Section 390a of the Criminal Code "for the occasional occurrence or other reckless conduct of having violated another's peace." I have never been close to breaking when I have never bothered Torp. He has been looking for me, he has searched my blog and else what I have written and spoken.In other words, this is an abuse of Norwegian law, only to get me.Therefore, we must make it clear that the "campaign" against me from the narrator Jan Aage Torp, the Manglerud police chamber and the courts here in Norway is nothing more than Christian prosecution. Without this element, this case had never been relevant. That's the only reason to get me is that I keep the word of God, and I'm also hated, disgusted and lied.Disputing!What has been written in this case, when the amount comes from a long word shift. Der Torp, the Searchlight, the False Smyrna blog and other actors have been writing to me for years. As I have largely responded to the heavenly blog. This is so far from section 390a of the Criminal Code "for the purpose of acts of unlawful conduct or other reckless conduct to have violated another's peace." It is possible to come, this law I am convicted of.Listen to Brynjar Meling's speech in Borgarting Law of Appeal, where he clearly indicates that this statute has never been violated.https://www.youtube.com/watch?v=AnLmUHtMdB8&t=5108s


The Justism of Time!1.) What I am convicted of never stood in the trial.2.) What I'm convicted of has never been discussed in any court in Norway.3.) The Act of Penal Code, Section 390a of the Criminal Code, "for the purpose of acts of unlawful conduct or other reckless conduct to have violated another's peace." Speaking of completely different things than I have done. I have never sent an SMS to Torp, have never sought him at meetings or private. The man I do not even know where and is not interested in either. The man I do not know about and never threatened or cursed him. Only written on the heavenly blog largely. Never ever written on Torp's many websites, not sometimes as far as I can recall. But he searches me, not least online where he can not get "enough" of me. Repeating me repeatedly, it is he who seeks me, I never him.

Final Comment:Ends with an article written a few years ago, which is as current today.

No. 1584:
There is no discrepancy between me and lawyer Brynjar Meling, which in my opinion has been used by Oslo tingrett and Borgarting lagret, to make it look nice, even if they have taken a fool!
https://www.youtube.com/watch?v=AnLmUHtMdB8
Picture of the Human Rights Court in Strasbourg in France for which this case is being tested.
Since, in my view, this case has not been dealt with in Norwegian justice system in a worthwhile and good way, since the whole judgment against me and the heavenly blog is the way I see it a big big dad! 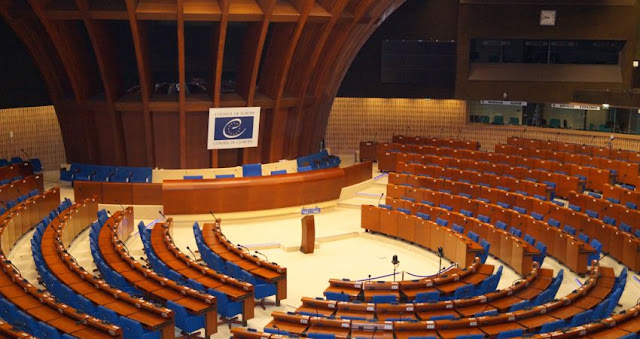