No. 1568: Vebjørn Selbekk fails to write about the heavenly blog in the newspaper The day because he is afraid that Jan Aage Torp is going to police him and make him judged is quite obvious !?

No. 1568:
Vebjørn Selbekk fails to write about the heavenly blog in the newspaper The day because he is afraid that Jan Aage Torp is going to police him and make him judged is quite obvious !?

The caricature battle began when the Danish newspaper Jyllands-Posten published in 2005 caricature drawings of the Prophet Muhammad. During 2006 serious acts of violence took place in several parts of the world, in response to the publication of the cartoons. It was the first time something that had been published in a national, Nordic newspaper had global consequences of such strength. The caricatures also became the beginning of an annual debate on the issues of freedom of expression versus religious sensitivity and the limits of freedom of expression also in Norwegian law.
Now, Vebjørn Selbekk is brought to silence, it seems that when he does not hurry or want to write more about the heavenly blog and the traumatic and Christian persecution that I will be exposed to by, among other things, Psychopath and fool The Apostle Jan Aage Torp who obviously knows to get both the one and the other over to the dark and evil side which unfortunately is denying others to speak freely and openly. So precious and important is freedom of belief and expression, it is like the very nerve of a living and good democracy!
Picture of a knocker Vebjørn Selbekk who obviously finds that here is the second and stronger forces in turn than it was during the so-called cartoon war. 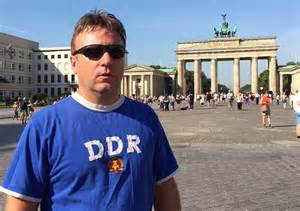 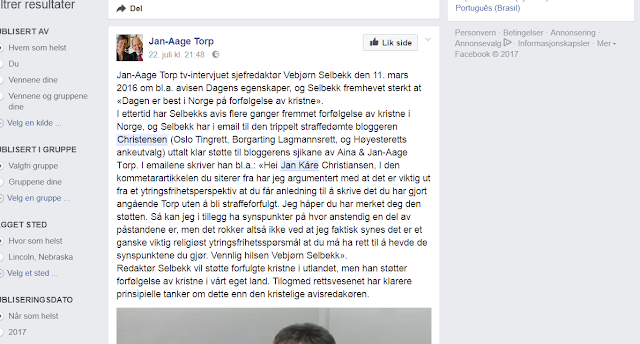 Final Comment:
What the Muslims did not do with Vebjørn Selbekk, looks like Jan Aage Torp is doing.
Selbekk obviously does not write anything about me and the celestial blog when Torp is able to get the police and the appeals over his side only he snaps and they are in place.
It is like an evil alliance against freedom of belief and expression here we see!
For example, Eva Nilsson and Randi Ingwersen defended me on Searchlight, they were hung out with names, personal data and much more. Jan Aage Torp and his allies are criminals who scorn nothing to achieve their goals!