No. 1569: We need 50,000, - I count on to win over Jan Aage Torp, the police and the prosecution force by getting the appeal again in Strasbourg and winning there!

No. 1569:
We need 50,000, - I count on to win over Jan Aage Torp, the police and the prosecution force by getting the appeal again in Strasbourg and winning there!
Picture of lawyer Brynjar Meling who will assist me in this appeal case. 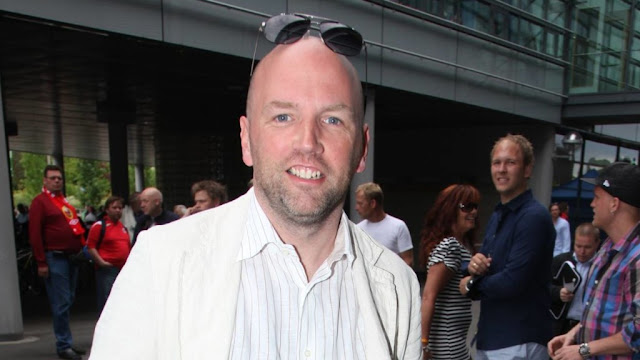 What makes this judgment and the case against me to a word of justice. That's what I'm judged for - the amount of writings - has not been dealt with in court!
That is why it is a justice word - that they have sentenced me to something that has not been a case in court!
Had they dealt with this in court in a good and thorough manner and I had been convicted. Then it would not have been an justice word.
It is that it has been neglected to address this in court, which they have so mistakenly condemned, making it all a fathers and laughing at it.
Had they not had the strange numbers that Torp came with, they would not have had anything. The whole judgment against me therefore becomes a justice word in my eyes,
As well as when the police defend indirect Nazis, Muslims and others who have gone far beyond me in encouraging violent acts and acts that violate Norwegian law.
Then the sentence appears to me to be totally unfair and that is because I am a Christian I have been convicted. So here we also get into Christian persecution.
If we assume that the police and the prosecution force are really in favor of freedom of belief and expression with this verdict, it is deeply tragic and incomprehensible that this case is not dealt with by the Norwegian Supreme Court!
Therefore, we want to appeal and promote the case before the Strasbourg Human Rights Tribunal and need all the prayer and help we can get.
Do you think we need a $ 50,000 to make this happen? Do you want to contribute?
Need prayer and support for further work and service, do you want to join?
Thanks!
Here is the account number in DNB: 0535 06 05845
Be blessed in the Name of Lord Jesus Christ!
The possibilities are many, but then we must stand together and help each other in the future!
Here's the math why we need that money, I sent this email to my lawyer:
Hello again, Brynjar!

But also want to get an answer from you. If you think this is worth all the work and that we can win in the Strasbourg Human Rights Court?

Only Torp has won with me is that I have to pay 15,000 kr to the treasury and lost reputation.

Does the Supreme Court also think its rejection of the appeal was very special when you were cheating on what I was convicted of writing a lot about Torp. Has not been dealt with in court.

Therefore, there are other possibilities to achieve other ways here in Norway? Or do you think we should go for the human rights court in Strasbourg?

As I understood Geir Jøsendal, the Norwegian state will pay you if the appeal goes through. As it costs from the appeal process begins.

Regards
Jan K
Got this answer back:
Yes. We obviously mean that. The matter is fundamentally important, it is still a mystery that HR would not look at it. (Norwegian Supreme Court, this is shortened to).
Your presentation of the economic is correct.
With regards
Brynjar N. Meling
lawyer
I ask again:
Thanks!
What is your stomach feeling to be able to win? 50/50 chance or better or worse?
Your anchorage was too "good", so it was rejected, I think. You eventually realized what was, I think so.
Regards
Jan K
I get this answer by Brynjar Meling:
It is impossible to estimate. But I think there are good chances of getting it in. If not we had not done this.