How often Jesus spoke of himself as God?

The apostle Paul gave a farewell address to the church in Ephesus where he said that after his death they would have perverse speech that attracted disciples to apostasy and deception. This is the Trinity, perverse speech about God and the Godhead! 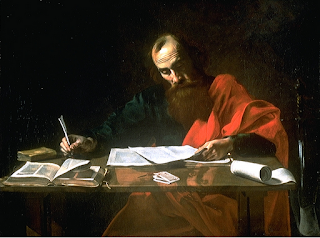 Let us now proceed in our study and a closer look at the next question. If it was Jesus' mission to reveal God to the world, and God was a Trinity, and he himself was a part of this trinity - then one would think that he repeatedly and in multiple contexts would proclaim himself as God. People could always difficult to come to faith in the Trinity, if Jesus is not revealed to them that he was part of it! But again we ask: Does the it really so, or we are talking again from wishful thinking? How often Jesus talks about himself as God in the four gospels? The answer is this time: No time! Never!

And again, I recommend readers to check whether what I say is true or not. Here are some interesting observations from the theological hold: In the Gospels Jesus never uses the title "God" about themselves. (RE Brown (Catholic theology professor), Jesus - God and Man, Macmillan Pub Co, 1967, p.86) Jesus never reviews themselves as God, but always says that he is the Son of God. (Hastings Dictionary of the Bible, 1909, Extra Volume, p.312) He (Jesus) taught that God is one and that he alone should be worshiped. He never called himself God, for he would not have kept the faith about him, which was sent to eradicate the false gods, .... would bring in another by the side of the One (dvs.Faderen). (Church Father Lactantius (240-320 AD) We must face the fact that NT research over the past 30-40 years has led a growing number of reputable NT scholars to the conclusion that Jesus .... certainly did not think about himself that he was God. (Bulletin of the John Rylands Library, 1967-1968, Vol 50, p.251) The gospels do not draw a picture of Jesus as God. (Alphonso Salmeron: Comm. In Evang., Prolog. Xxvi.tom.ip394)

In light of the traditional Christian view that Jesus is God, it is quite shocking to discover that the Gospels in the New Testament does not contain a single statement of Jesus in which he unequivocally states that he is God. Not once in the Gospels we hear Jesus say about himself "I am God" or something similar. In Greek, this statement would be ego EIMI ho theos and Aramaic, the language Jesus spoke, and all Jews in Israel at that time, it would be anahelah. Some of the most distinguished NT researchers agree with AE Harvey in his statement that "there is absolutely no evidence that Jesus spoke or acted as if he thought about himself that he was" a god "or divine" (AE Harvey, Jesus and the Constraints of History, (Philadelphia: Westminster, 1982), 168). The strong Trinitarian believers Brian Hebbletwaite agrees: "It is no longer possible to defend Jesus' deity by referring to statements by Jesus in the Gospels in the NT" (Brian Hebblethwaite, The Incarnation: Collected Essays in Christology, (Cambridge: University, 1987), 74). (Http://servetustheevangelical.com/doc/ChapterOne.pdf) There were certain basic rules or beliefs related to being an agent for someone in antiquity. The most basic of all was, like the later Jewish Rabbis expressed it, that "He who is sent, is similar to that sent him." Or, in words that are probably better known to those of us who are familiar with the New Testament: "He who receives you receives me, and whoever receives me, receiveth not me, but he who sent me. " These are words that the gospels tell us was used by Jesus in relation to the apostles, and, as I previously said, the "apostle" simply the Greek word for "one sent forth", an "agent". When someone sent an agent, the agent was given full authority from the transmitter to speak and act on his behalf. If the agent made an agreement, the agreement was binding completely, it was the same as if the person who sent him the agreement made in person. Conversely, if someone rejected an agent, so he rejected the one that sent him. The agent was thus functionally similar to the one who sent him, because he was a subordinate, obedient and surrendered to the will of the person who sent him. This helps us to understand what this is all about in John 5 The question is not whether there really is only one God - John confirms explicitly that he believes that there is only one true God. The debate however is about, is Jesus' relationship to the one God. Jesus said to do what God does. If he is truly God's chosen agent, there is no reason to believe that Jesus said nothing inappropriate or improper. This would certainly not be the first time God chose one of their agents to speak or act on their behalf, to preach their message and make their deeds. But the Jews, as portrayed in John's gospel, do not recognize Jesus as the one that has been chosen by God. That's why they accused him of "making himself equal with God." That is, the problem is not "like God" in itself, but about Jesus appears as he does as God's agent or not. The question is whether Jesus has been sent by God and is obedient to God, or whether he is a rebellious upstart who seeks fame by claiming divine advantage for themselves. The Jews accused Jesus of making himself equal to God, that is, they accuse him of putting himself on God's level by claiming that he does what God does when he really has not been appointed by God to such a thing. They therefore feel that Jesus is guilty of blasphemy. By claiming such a thing, he has offended God. How to describe Jesus' response to this accusation? He denies the accusation in the strongest! Listen to the words used: "The Son can do nothing of himself, he can only do what he seeth the Father do .... by myself I can not do anything ... it is not my own will I want to promote, but his will which hath sent me "(Joh.5: 19:30). It is said emphatically that Jesus is God's obedient Son and agent. In the ancient Middle East was the eldest son usually her father's principal agent. It was also expected of a son that he learned his father's craft through careful iaktakelse and by imitating his father. John has this in mind when he uses this type of language to justify Jesus' words and actions. Jesus does what God does, and as someone who has part in a Father-Son relationship with God, that is exactly what one would expect. Only if Jesus had been a disobedient son that he had imitated his father and made what he sees his Father doing. There is thus no monotheistic problem in John 5 The question is whether Jesus puts himself on equal footing with God and seeking his own glory in a way that takes away some of the honor and glory of God, who alone are applicable. John emphasizes that Jesus is truly God's chosen agent, and because it is so, then there is nothing inappropriate in his behavior. He does what God does - not as an equal God, number two, but as God's obedient son and agent, which he sent to the world. The same applies Joh.10: 33 where the same type of language used. Jesus is accused of making himself God. To his opponents saw it, this would be blasphemy, because they considered him to be a rebellious upstart and not a select agent. (James F. McGrath, Are Christian monotheist? The Answer of St. John's Gospel. Lecture given at the North of England Institute for Christian Education Sixth Form Study Day, University of Durham, 27 March 98)

Athanasius ... searches the New Testament in his search for something to strengthen his position, but the only lyrics he can find are two lines from the Gospel of John: "I and the Father are one", and "He that hath seen me hath seen the Father." But it is crystal clear from the context of these statements is that Christ speaks to represent God, not to be God. (Richard E. Rubenstein, When Jesus becam Good: The Struggle two Define Christianity During the Last Days of Rome, 1999, p.7) So we see that the evangelist (John) as a response to the accusations of the Jews that Jesus had made himself "like God", not only gives us a representation of the arguments to prove their mistake. No, it johanneiske Jesus does something more than this. He stressed that he never claimed himself to be on equal footing with God, but that his words however should be equated with God's word, because he is sent by the Father and only speak what the Father has commanded him to say. (Paul N. Anderson, The Christology of the Fourth Gospel: Its Unity and Disunity in the Light of John 6, Mohr Siebeck, 1996, p.218 ft.) Also in the fourth gospel, where we find a number of assurances of unity between the Father and the Son (10:30; 2:10 p.m., 17:11.21), it is emphasized that this device is a device between the transmitter and sending (5:19 - 30; 6:38-40), a unit of will and action that allows the agent to reveal his son emitter-father (12:44-50; 14:9) without compromising God's sovereignty. (The Anchor Bible Dictionary, Doubleday, 1997, "God in the NT") Christians in the past abused this Scripture passage (John 10:30) to prove that Christ is ... consubstantial with the Father. For Christ are not talking about someone being unity, but the agreement he has with the Father. (The French reformer Jean Calvin, Commentary on John)

If you manage to unite and stick to, as many NT scholars seem to do, that a critical study of the Gospels on the one hand reveals a Jesus without any awareness of being God and a Jesus who never says of himself that he is God and, on the other hand, believe that the Nicene Christology, in which Jesus is portrayed as "true God from true God," is the right religion wise summary of the New Testament witness? (Professor GH booby, Jesus as theos in the NT, Bulletin of the John Rylands Library, vol. 50, 1967-1968, pp 251-252) To believe that Jesus had an awareness of themselves as God, seem to tally very poorly on one's with the testimony he gives about himself!

People who believe that the Trinity is true and that Jesus was a Trinita, forced - as I see it - to admit a few things. They must first admit that he was true across through never told the truth about themselves to anyone! They must also admit that he allegedly expected everyone to believe he was God because he expected everyone to get to know the true (triune) God, never helped anyone up to this belief by telling them that he himself was God! This does not sound very good! Is it not more natural and logical to think that Jesus never spoke of himself as God precisely because he was not there?