Nr. 286: Evangelist and Dr. Emanuel Minos has made false and misleading prophecies, why is there no one who reacts to this, or no one is interested in this and not included in such things, or is it because everything should be accepted because the man has a household name and has been well-known Christian leader in the Pentecostal movement for many years and is trained?

Evangelist and Dr. Emanuel Minos has made false and misleading prophecies, why is there no one who reacts to this, or no one is interested in this and not included in such things, or is it because everything should be accepted because the man has a household name and has been well-known Christian leader in the Pentecostal movement for many years and is trained?

Toralf Gilbrant was a spiritual leader of the rare, underrated of all Christendom in Norway and the world at large. But in his old age he t.o.m. good for the false prophet Ulf Ekman, and he called for one of Scandinavia's largest Bible teacher, how blind and deceived, old "Pentecostal leaders" will be? 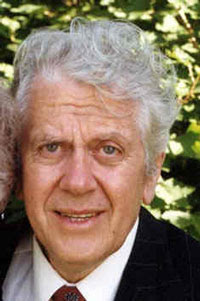 I like my good faith 31 years followed by Emanuel Minos on the outside of his service if I have talked with him a few times. Before, in the 1980s and into the 90 - century he seemed spiritual clairvoyant! We were then in the same church for a while, Filadelfia Oslo. But what has happened the past 20 years is really sad! It may seem as if he is good for everyone and everything! He used as an opener for the false apostles and prophets in the past, especially in the charismatic relationship.

Look Eva: Dr. Emanuel Minos' prophecy Oslokirken 2001-09-07 Read this powerful portrayal of Dr. Emanuel Minos' prophecy to Jan-Aage Torp in 2001. Dr. Emanuel Minos in September 2001 the phone rang at home with Pastor Jan-Aage Torp. It was Dr. Emanuel Minos, who went straight to the point: "Jan-Aage, you know how careful I am to convey the prophecy, because I have seen so much abuse. But I am led by the Holy Spirit to speak to you you to build an international church in Oslo that by God's grace will get the same effect and power of Kensington Temple in London. You shall not fear, because the Lord will guide future work. This is the provision that the Lord has for you, Jan- Aage. The best is ahead of you! " http://www.oslokirken.no/arkiv/profeti/artikkel/article/75127

He opened the door for the false prophet Aril Edvardsen

It was a battle between Edvardsen and Sharon Valley on one side and Emanuel Minos and the leading brothers in the Pentecostal movement on Edvardsen. Then they were 25 years and then "forgave" each other without a question of what should be forgiven or whatever controversy had actually been about. No, we should just keep quiet and smooth over who is a well known trick in the religious systems around. Minos Sharon visited the Valley in 2004 and thus he helped to legitimize the Edvardsen unbiblical views on almost everything in God's word. From Dominion Theology: to accept remarriage of believers over a low shoes! Edvardsen was a false prophet in the true sense as Emanuel Minos vouched for, and was as an opener for.

Toralf Gilbrant, David Ostby, Morgan Kornmo and many other "Pentecostal leaders" were or were spiritually blind priest Eli was there!

The priest Eli had spiritual vision and acumen enough to see God's way for Hanna's son, but not of their own. 1. Sam.3.13 says, "I will judge his house forever for the iniquity that he knew that his sons brought a curse on himself, but still did not keep them in subjection." No one can be convicted of involuntary blindness. The curse that came upon the priest, his voluntary spiritual blindness, caused it a cowardice, misunderstood father's role, indulgence for a new youth culture and that "love is blind"? Such a heart-searching, each pastor and church leader let go of his life. It can reveal excessive turbidity and incipient spiritual glaucoma. Paul worried about that he, who preached to others, even found to be unworthy (1 Kor.9.27) When the prophet came to warn Eli because he honored his sons more than he honored God (1 Sam.2.29) he warned him that this would "go out of his eyes" (v.33). But the priest counted little on the warning. The priest Eli, who was blind in his old age and let their sons commit adultery in the temple, extramarital relationships, they were bound by monetary greed, they were wine drinkers and ate the victim belonged to the Lord. It is sad when a relationship is not capable or will be responsible for the message and teachings for life, then it would be much better to take your pension with them to Spain or anywhere and lived a retired and shut up! But there is something about the spotlight that many will be fascinated and drawn against. It also did the false prophets of old days that Balaam, Hananiah, Jannes and Jambres. It is the doctrine that Jannes and Jambres that these "Pentecostal leaders" is entered below and any other deceived and false prophets stand for. They do not speak directly against Jesus and God's word, but they legitimize sin and everything else in the name of "Jesus". It is sad! O, the mighty fallen, and so deep!

Read it again: "An hors spirit has led them astray, and they have silt whore's role and abandoned their God." A man of God with secret sins in his life, an indulgent husband, a sensual man will get his spiritual sense of sticking to! He is blind and robbed of all spiritual wisdom or knowledge. This is what happened to Emanuel Minos and other "Pentecostal leaders"! "This I say then, and testify in the Lord: Walking is no longer as the Gentiles walk, which follows his empty mind. Their understanding is darkened. They are strangers to the life of God through the ignorance that is in them because they have hardened their hearts. feeling they have given themselves over to licentiousness, they live in all kinds of impurity and greed. " (Ephesians 4:17-19).

Hardened, callous and given over to sensuality - and practice all kinds of impurity and greed!

The hallmark of judgment is to reveal sin!

True judgment leads one to see their own personal sin in the heart and throw it out. It leads us also to see how far away from the ideal of purity, we have walked - and get back to the narrow path. "Thus saith the Lord of hosts: Do not listen to these words of the prophets when they prophesy unto you: they fill you with empty fancies. They carry out their own heart's call, not the words of the Lord's mouth. Again and again they say to those who despise me, the Lord hath said, Ye shall have peace! And to everyone who follows his hard heart, they say: The evil shall come upon you. But which of them has stood in the Lord's council, so that he saw and heard his word? Who has given heed to my word and heard it? Behold, the Lord's storm, his anger come out, a swirling storm winds. The swirling over the head of the wicked. Lord's anger will not turn back until he fully accomplishes the purposes of his heart. In the latter days ye shall understand it perfectly. I did not send prophets, yet they ran. I have not spoken to them, yet they prophesied. If they had stood in my council, they would let my people hear my words and bring them back from their evil way and from their evil deeds. "(Jer. 23:16-22). Conclusion: There is no need to rely blindly on a shepherd and head, but only in Jesus and God's word. And every true servant of the Lord will be held responsible not only for what you have preached. But their attitudes, behavior, they have worked with and everything else. Paul praised his young co-worker Timothy that he had followed him in and everything. This is where Minos and the vast majority of 'Pentecostal leaders' failure. They can probably give a good speech, but to follow them in life and realities will end in a disaster and right into Satan's grip, I'm afraid of ugly! 1. Tim. 4. 12 Let no man despise thee for thy youth, but set an forbillede for the believers in speech, in conduct, in love, in faith, in purity! 13 Add diligent oplesningen of Scripture, the exhortation, the doctrine, until I come. This was the exhortation and the wish of the apostle Paul to Timothy, then came the testimony that was 6 +, wonderful! 2. Tim. 3. 10 But after you have followed my teaching, my conduct, my intent, my faith, my patience, my love, my patience.