Nr. 292: Introduction to study of the Trinity or the doctrine of God!

Introduction to study of the Trinity or the doctrine of God!

Trinity doctrine is alien to both the Old and New Testament, it came in full with the Catholic church and has evolved into a currently empty worship of the Holy Spirit in Pentecostal \ Charismatic circles is basically an invocation of evil spirits. Hillsong is an example of how to worship the Holy Spirit and thus get into the demonic realm! 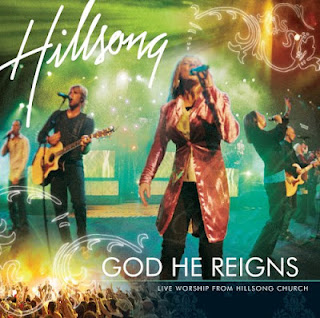 The purpose of this limited study is not to address the Trinity in its full width. If it had been the goal, would probably side's been a totally different! Our more modest approach here in this context only to travel only a few questions and try to find out what kind of answer the primary witnesses to Jesus' life and work - the four Gospels - gives to them. If questions can not be said to cover all aspects and details of the Trinity, they must at least be said to be very basic and important in its character. And as such, the answers you come up to, at least give a very good indication of what Jesus must have thought about who God is. About this relatively short presentation may seem like an appetizer and an inspiration for further study, much to be won. The theme is in fact in my and arguably overdue for further theological reflection: It is impossible to document what we now call orthodoxy within Christianity, while two first centuries. (Dr. Harold Brown: Here Said: Heresy and Orthodoxy in the History of the Church, Hendrickson Publishers, Peabody (MA), 1988, p.5)

All major recognized denominations account for a particular doctrinal doctrine of Jesus. Specialists in early Christian thought, however, places in question the arguments that have been used to arrive at this doctrine. Scholars NT researchers are asking themselves the New Testament at all teach this doctrine, and historians wonder about the violent throat you see between Jesus himself and fully developed Christianity. These questions are very disturbing, for they indicate that the Christian church can be in a more serious situation than initially assumed. It may be that we do not have to do with a basic good structure that only needs a little modernization, but a poor structure which may have need of a radical and pervasive nystrukturering. (Professor Don Cupitt, Cambridge, The Debate About Christ, London: SCM Press, 1979, p.7)

Was Jesus a Trinity?

Many Christians would argue with the strength that Jesus of course was a Trinita. As the other person in the Trinity - as many believe it is appropriate to describe Jesus - he was of course aware of both who he was and how the deity as a whole was put together. Since he was a part of the Trinity, he did not really believe in any doctrine of the Trinity - he just knew the whole with a perfect certainty that it was such a deity was! No one can actually know God better than God himself! And as humanity's great teacher, a witness and God's reveal, of course, Jesus communicated that his knowledge of God to the world. He was not called "Light of the World" for nothing! In Jesus' presence could not eclipsed, untrue or half-anne notions of God consist? When he preached and guided people to believe in the true God, he brought them always until a clear and confident faith in the triune God. And as a natural consequence of these two conditions - that Jesus knew better than anyone else that God was a triune God and that he always and everywhere true and faithful witness of this God to the people around them - we find a number of clear examples Jesus preaching at Trinity reproduced in the four Gospels. How many Christians will probably think, and something like this should just correct the situation could be described if the Trinity is really true. That Jesus of endless reasons to fail, or in any way confusing to tell the truth about the true God, appears at least not for me as a credible alternative. Provided that the conditions are right, I can not understand anything but that these must necessarily lead to a number of clear examples of the Trinity sermons of Jesus in the four Gospels! So far all well and good. But before we turn us completely satisfied with this description, it will probably not be so stupid to make a little bit of reality check of what is being said here. Situation is really as we are promised that it should be? Votes line of thought and its conclusion with what we see in the real world? If we find such. a lot of trinitarian texts in the Gospels? Draws the Gospels a clear picture for us by Jesus as a Trinity-believing person? Jesus proclaims constantly the Triune God when he preaches in the temple and in synagogues? Jews accuse him time and again to proclaim a God who they have never heard of before - a triune God? He proclaims himself as God? He sits down with his disciples in quiet moments and explain to them detailed and clear about God's Pentecost? He teaches them that worship should be directed against him? Assuming his friends and disciples a treenighetstro after listening to his preaching? These and similar questions are critical enough sense that you ask before you accept the truth that Jesus was a Trinitas as a biblical truth. Here in this study, we - as the title page already disclosed - just travel seven such critical questions. The answers will eventually emerge to these questions will definitely do something with your readers. If not all immediately begin to adjust his belief in God - it's a bit much to expect - the study should at least provide inspiration for further serious reflection, prayer and reflection. And who knows, maybe some - with me - one day will realize that it is not quite as obvious as many people believe that Jesus was a Trinity! Maybe someone with a today will agree with me that the following little humorous story provides a better and more accurate picture of Jesus' relationship with the Trinity than the example. The Athanasian Creed does! Jesus said, "Whom do but say That I Am?" And his Disciples answered and said, "Some say you are John the Baptist returned from the dead, others say Elijah, or Other of the old prophets." And Jesus answered and said, "But who do you say That I Am?" Peter answered and said, "Thou art the Logos, existing in the Father as His Rationality and simply, by an act of His Will, being generated (eternally), in considerations of the Various functions by Which God is related to historical creation, but only on the fact That Scripture speaks of a Father, and a Son and a Holy Spirit, Each member of the Trinity being coequal with every other member, and lock in acting inseparably with and interpenetrating every other member, with only an economic subordination Within Good , but no division Causing Which would make the substance no longer simple. " And Jesus Answering, said, "Huh?"

PS! Only a few brief remarks before we get started with the review of the questions. In short one can say that this program is built on two "pillars". The first and most important of these is the Scripture's own testimony. It does not come with anything else unless this column is in place. Scripture's own words, and it becomes critical! Each question we travel throughout the study, are therefore primarily considered in terms of what the four gospels have to say about them. In addition, it is also interesting to be able to document that a number of talented scholars have observed the same thing as a self in the Scriptures. This is particularly interesting when concurrent observations from orthodoxy own camp! The second pillar is called therefore the support of theological authority. Although statements from theological quarters, of course, does not prove anything, it's not going to get past the wide and heavy theological support provides a reassuring strength and weight to their own observations. A case is always stronger when more eyes have seen the same thing! Once one has recognized theologians and major theological encyclopedias in the back, it is also difficult to dismiss observations that weird or sectarian. With such support it must rather admit that observations appear to be serious and some observations in the highest degree is worth noting, and take seriously!