No. 689: Pastor Jan Hanvold supported President Vladimir Putin for 1 month . ago, now he has drawn support back on their Facebook profile to unknown reasons!

Pastor Jan Hanvold supported President Vladimir Putin for 1 month . ago, now he has drawn support back on their Facebook profile to unknown reasons!

Pastor Jan Hanvold is for my concepts almost crazy, narcissistic and a false prophet living in adultery . This I meant from the first time I saw him in 1983 , does not understand the Norwegian Christian people can hit him to his chest !

Photo by Jan Hanvold which supported Putin for 1 month . side with , inter alia, following statements : " Putin has done a great job ." But Hanvold that Putin has done a great job of annexing the Crimea peninsula which is opposed both international law and everything that a democratic and free country should and can do? For me and remains Putin an arrogant and dangerous power man who unfortunately Hanvold similar . But of course , in a far less scala and class. 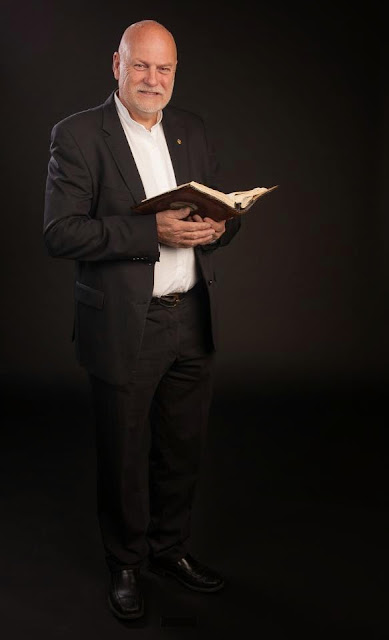 So wrote Pastor Hanvold for 1 month . side which is removed from his profile on Facebook for unknown reasons. He has not explained why or made ​​any concessions. Could it be that he does not benefit with this long ?

February 8th 2014 is this Hanvold Facebook profile : " Putin has done a great job, covered an amazing Olympic party. But ... in Norway we have some intolerant people who want to boycott the Olympics , "writes Hanvold . further , he writes: "And it's fantastic that they have created a facility to 300 billion . That will be a blessing to many , at least for 20 years . So we are now looking forward to , to see that Norway takes even more medals . We hope it gets Olympic record , " he concludes his post with .

Only 19 years old and I realized that the man was crazy , narcissistic and not fresh .

Actually it has always been at odds with Christian Norway when I have had such different perceptions and understanding of it all. Even when I was 19 I realized the first time I heard Hanvold " speech" in Philadelphia Bergen in 1983. when he was married to his first wife , but was already then in my opinion, almost crazy, narcissistic and a false prophet living in adultery . This I meant from the first time I saw him in 1983 , does not understand the Norwegian Christian people can hit him to his chest !

But God's word says very, very many places that Christian people rather than others to be misled by very many false prophets in the last days and they will have itching ears . And the result is difficult lawless times.

Here are some scriptures that speak of how it should be and will be in the end times . Therefore , this happens already foretold of one who knows the end from the beginning , God himself !

Matt . 24 11 and many false prophets will arise and lead many astray . 12 And because iniquity shall abound, the love will grow cold most .

Luke 18 8 I tell you that he will hasten to help their cause . But when the Son of man cometh, shall he find faith on the earth ?

2 Tim . 3 1 But know this, that in the last days will come perilous times. 2 For men shall be lovers of their own selves , covetous , boasters , proud, blasphemers, disobedient to parents, unthankful , unholy , 3 unloving , untrustworthy , false accusers , incontinent , fierce , despisers of good, 4 traitors, headstrong , puffed up, lovers of pleasures more than lovers of God , 5 having a form of godliness, but denying the power - and they turn away from .

4 3 For the time will come when they will not endure sound doctrine , but after their own lusts take themselves teachers in droves, having itching in the ear, 4 And they shall turn away their ears from the truth , and be turned unto fables .

2 Tess . 2 9 And his coming is after the working of Satan with all power and false signs and wonders , 10 and with all the deception of wickedness for those who perish, because they received not the love of the truth , that they might be saved. 11 And therefore God shall send them strong delusion , that they should believe a lie: 12 That they all might be damned who believed not the truth, but had pleasure in unrighteousness .

2 Pet. 2 1 But there arose false prophets also among the people , even as there is among you shall be false teachers , who shall be false teachers which leads to destruction , even denying the Lord that bought them , and bring upon themselves swift destruction . 2 And many shall follow after them in their wantonness , and for their sakes way of truth shall be evil spoken of 3 and covetousness shall they with pseudo- words make you into their gain. But the judgment of them of old time not idle , and their destruction does not sleep .

1 Joh.b. 4 1 Beloved believe not every spirit, but try the spirits whether they are of God ! for many false prophets have gone out into the world .

Acts 20 29 I know that after my departing shall grievous wolves enter among you , not sparing the flock ; 30 indeed, among your own selves shall men arise, speaking perverse to draw away disciples after them. ( end of quote ) .

I just calls for more spiritual sobriety . For me , it's Hanvold the type that actually you should even convert is seen that he was a false prophet. And if one does not see that he is a false prophet , what about the others who are much more cunning and better than him to disguise and show his true colors ? A praise I give to Hanvold , it is that he is straight forward and " honest " in his madness and delusions about most . But it is still allowed to think and act in a familiar ? Even today deceived and misled Pentecostal Charismatic Christians should have known that soon all the bells rings only Hanvold opens his mouth or writes on his Facebook page ? Scripture says at least that my sheep hear my voice . Following you Hanvold and supports Vision Norway ? Then I doubt your salvation , I must honestly say. It is then not possible to support Satan and his messengers , and still be a Christian ? Scripture says that one can not serve two lords and be in league with Satan , while serving the Lord . Hanvold is so far from God and His kingdom it is possible to get . Supporting this is the same as supporting the Evil , you bet !

2 Cor . 6 14 Be ye not unequally yoked together with unbelievers Samlaget for what partnership have righteousness and iniquity , or what fellowship has light with darkness? 15 And what concord between Christ and Belial , or what portion and part has a believer with an unbeliever ? 16 And what agreement is there between the temple of God with idols? We are the temple of the living God , as God hath said, I will live among them and walk among them, and I will be their God , and they shall be my people . 17 Therefore go out from them and separate yourselves from them , says the Lord , and touch not the unclean thing , and I will receive you , 18 and I will be a Father unto you , and ye shall be to me sons and daughters , saith the Lord , the Almighty. 07.01 . Having therefore these promises, dearly beloved, let us cleanse ourselves from all filthiness of the flesh and spirit , perfecting holiness in the fear of God .