No. 1061: Satan's ultimate goal is to eliminate all evangelical and Bible-believing Christians from this earth, then there are those who hold back from Antichrist appearance on this earth!

No. 1061:
Satan's ultimate goal is to eliminate all evangelical and Bible-believing Christians from this earth, then there are those who hold back from Antichrist appearance on this earth! 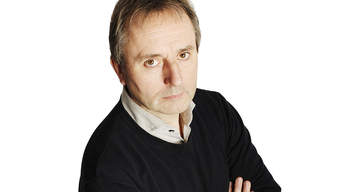 This is from the editor in chief of Our Land, Helge Simonnes, who warn against fundamentalist Christians and supports a society based on secular principles.


- It is not very big difference in the thinking of fundamentalist Christians and fundamentalist Muslims. The only thing I can see is that Christians do not go so far in violence, but otherwise there are much alike, said editor in chief of Our Land, Helge Simonnes, during a breakfast meeting organized by the Humanist Association in Oslo on Tuesday. "


Our Country is the largest so-called Christian newspaper, and Helge Simones is editor there.


Helge Simones who is editor in Our Land, as I see it he is triggered by demonic powers and ruled by those who can come with such horrible and falsehood claims that evangelical Christians in any way comparable to Isil and other fundamentalist Muslims.


Scripture says: 2 Tess. 2. 7 Lawlessness seems already with his power, but in secret. For he who still holds, must first be put away.


For me it is primarily the Catholic Church during the Dark Ages, secondly Lutherans especially in the 1600s that burned people at the stake who had with God. Which is like today's fundamentalist Muslims.


Secondly, I would say that to some extent the charismatic movement in the 1980s was extreme, but only we can compare with Isil is really the Catholic church, not today, but before!

Editor in Chief of Our Land, Helge Simonnes emerging as full of history, and what I dislike about Simonnes is that he does not think about the proportions of what he puts forward. What matters is not fundamentalism but what the nature of faith. Amish people are eg. fundamentalist, but extremely little violent, like all other evangelicals have always been and still is!


It is said that the Muslims have killed about 300 Million people who have not been called accepted by Muslims. And we take the war in Muslim countries, the figure is even higher. But what is posetivt with the Catholic Church, it has joined with it, while Muslims are doing it today.

Of homicide among so-called evangelical believers have been minimal. I know that in the beginning of the religious movement there were several who took his own life, there have been killings of "believers" who have killed abortion doctors. And a few years ago, there was a church outside Stockholm happened some kills in a Pentecostal church. It was in Knutby, the so-called knutby murder who is a Swedish criminal in 2004.


Likewise mentioned attitude to gays, - although many conservative Christians do not accept homosexual unions, it is far from such a viewpoint to what many scholars in Islam stands for, namely the death penalty. Should there have been credibility with Simonnes his speech, he had mentioned that evangelicals and Muslims are there so many fundamental differences with, it really is like night and day. We believe in God, and some norms and ethical thing in common, but in actual understanding and what it contains, is inequality so great that within its Christianity is much more relevant to compare today's Muslims with the Catholic Church during the Middle Ages. Not Simonnes advance and absurd thoughts and opinions! "


End Comment.
For me it emerges editor in chief of Our Land, Helge Simonnes their views that they really deserve just overlooked and grieve over! But since he is editor in chief of Our Country, so I have chosen to write a few words, and this article about his forgery and mendacious allegations which are hereby strongly exposed as a lie and a forgery.


Editor's statements show what we already know, that the criticism of Bible-believing Christians comes from within. By using terms such as "fundamentalist Christians" he puts believers in a negative light, giving the patron of anti-Christian forces.


I have long wondered what kind of newspaper Our Country is, but it has now become evident. No reason for Christians to subscribe to the newspaper.