No. 1059: There is a peep regarding Jan Hanvold many marriages and subsequent remarriage when to criticize him? It is this that is his Achilles heel!

No. 1059:
There is a peep regarding Jan Hanvold many marriages and subsequent remarriage when to criticize him? It is this that is his Achilles heel!


If one is concerned with Jan Hanvold fine Mercedes or his relief work in Moldavia, or whatever it might be that has a been outwitted by the Evil One!


There is only one thing that is the main focus with Hanvold, where he is stuck. It is his morality, or lack of morals to be re-married, nothing else!


Picture of a Mercedes who Hanvold brags that he has, that do not care a space. I think he could have both replaced Mercedes with another, less expensive car, and been equally blessed. But it gets him find out for yourself. But as a public preacher so he can not be re-married if there are two or ten times. He should be a woman's man and not re-married teacher word of God, he is there he lives in sin and is by word font an adulterer and adulteress. This is what is Jan Kaare Hanvold painful Achilles heel! 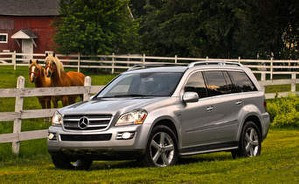 Seeing that Jan Hanvold criticized occasionally. It comes much, not least his money begging and promise of financial assistance if he thrust his TV channel.


All this is in the sweet and the whole immaterial up against his morals, or lack of ethics and morality!


Imagine also that most believers, especially in the developing world will never ever come up on our medical condition in the Western world. They have less faith? Not on your life!


I believe in moderation regarding the most in life. Hanvold is an extreme theme, but I do not think he is either lost or going to heaven if he runs around in a big Mercedes with 500 horsepower. And he does not perish if he earns 3 Million a year. And his wife 1 Million, this is for me totally insignificant to care about. That's what God's word says about him, not what others think and I mean! What's the problem with Hanvold? He lives in adultery by the word of God!


Here is some of what I've written about him as e well worth reading and reflecting upon. Everything else with Hanvold is really to miss the "target" or criticism about him. It is as I write in the headline: "There is a peep regarding Jan Hanvold many marriages and subsequent remarriage when to criticize him? It is this that is his Achilles heel! "


Criticizing Hanvold for something else is really wasted. We must go to the main point, or as being our criticism unwarranted. Had he not been re-married, so it might have been appropriate also emphasized these other things. Everything should be in place in our lives. With there are differences of sin to death and to do something that might not be too bad, but that others are offended by!


I think for example. not necessary to have all that might have Hanvold? But I do not care if he has an awesome fight or bad, or somewhere in between. That is what and how he lives out in the word of God. That's what he teaches from God's word. Here fall Hanvold vertically straight through on absolutely every level, so bad it really is. Fatter not know nor understand that there are some who are born-again believer who can work with him and set up on his TV channel. They are all accomplices in Hanvold transgression and sin.

Nr. 498:Inger and Jan Hanvold are pigs in a spiritual sense when they are living in adultery!

You write about Pastor Jan Hanvold and his new flame that he has children with Inger Hanevold. Agree with you that they are not biblically married, but what do you think the two would do and those who support them, what they should do once they have been misled and deceived? Agnar P

Here is "cohabiting-couple 'Jan and Inger Hanvold pictured. Scripture says that they are living in an invalid marriage according to God's word and thus is the only way if they are to live according to the bible to break up and start a new life on their own sides. Inger Hanvold is really free, but I would not recommend her to remarry when her iniquity is very big and ugly in the eyes of the Lord!

Nr. 506:
Jan Hanvold sent from Satan to test the Christians!

Excerpt from Today's article on the web: Thanks Evangelisenteret that Norway's Vision. Jan Hanvold handed celebrating a check that he did too little. Face value was NOK 100,000.

It's Evangeline Lies Centre's fault that we are. The Pioneers have something here, said Hanvold. (End of quote).

It is something God showed me 10 years ago that Vision Norway is a channel that Satan is behind, allowed upright to try the Christians, not the world. The basis for this channel is in three things. Lust for power, money and sex, never think that this channel has some of the living God. Here's Ludvik Karlsen who even said that he would send on this channel of pure selfishness (it says on the web courtesy of Hanvold itself).