Nr. 313: Final comment about my confrontation with the Pastor and Apostle Jan Aage Torp. He's probably Apostle, but not a true per se!

Final comment about my confrontation with the Pastor and Apostle Jan Aage Torp. He's probably Apostle, but not a true per se!

There are four areas that I have attacked and pointed out that no heads Torp goals. Secure more, but I have always tried to be specific and factual, even if Torp has swung from praise to almost curse and neglect of me. 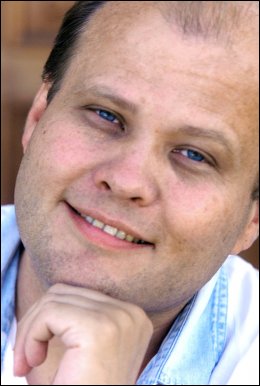 1) He is re-married as a believer and Pastor, living then in adultery.

2) False prophecy surrounds himself with. At least 90% percent of the prophecies told the man has not been the case thus shows that it is a lying spirit that is behind, not God's own spirit!

3) He is manipulative and does not go forward with pure motives, and to have sympathy or so is not good enough in his eyes. Swings from one side to the next, from praise to fy words.

4) When it is also in his case is not adultery as a basis for divorce after what he says. Then the writing sparkling clear that either he should have lived alone or reconciled himself with his first wife, found himself a new 20 years younger. This is shameful and he is not a pattern to the flock!

1. Kor. 7. 10 The married I command, yet not I but the Lord, that a wife should not separate herself from her husband, 11 but she is separated from him, then she vedbli to be unmarried or be reconciled herself with her husband - and that a man does not to separate himself from his wife. Luke 16 18 Whoever separates himself from his wife and marries another woman, he commits adultery, and whoever marries a woman divorced from her husband committeth adultery.

Here is Pastor Torp with her first and then second wife. As far as the writing teacher as he lives in adultery now that he really is not "legally" divorced from his first wife. And he now lives as a divorced and she then is his "2 wife, "living in adultery. This is what scripture teaches is not what Jan Kåre Christensen mean, think and think! All the time Pastor Torp tried to talk away from facts, and not related to what this is about, that disagreements about life and learning, not whether one is a good neighbor, etc.

For me it seems our disagreement is not on the human plane as Torp is good enough as a person, but that we are in total disagreement about the biblical and compliance with this. The Torp also then attach to my opinions and views I have, is constantly to derail what this is and is all about.

Torp builds his life on sand

It does nothing with major prophecies or other when one does not live and teach in accordance with scripture, here goes Torp completely wild. About Emanuel Minos has prophesied this or that does not matter if you do not live in accordance with the writing today! Guideline for the believer is a Apostle, or Pastor, what the New Testament!