How often criticized opponents Jesus to proclaim the Triune God?

It was not that the Trinity was established as a biblical doctrine. Simplified said it began with Tertullian and ended up with the atanasianske or Athanasian creed in which one had to believe in the Trinity to be saved and be a true believer! This is delusion demons directly learn and wayward spirits behind. From Wikipedia: Following the tradition was to the church father Athanasius, Archbishop of the 4th century, have been the first to formulate the creed, but it is now agreed that it must be newer, and that Athanasius can not be the author. Tertullian was well grown when he was a faithful and well-educated and tried to reconcile pagan beliefs with Christianity, therefore, he formed a trinity doctrine is the real truth about him! The first known citation of the creed is a bishop in southern Gaul (France), Caesarius of Arles (seemed like about the author. 520-42). It is expressly referred to a council at Autun in Burgundy in 670 It is directed against Arianism and it emphasizes the doctrine of the Holy Trinity and the doctrine of the incarnation. The Athanasian Creed is held as a dogmatic scripture in many Western churches, including the Roman Catholic Church, the Anglican Church and the Evangelical-Lutheran. In the Eastern Churches and the Reformed churches, this creed is not used. Together with the Apostles' Creed and the Nicene Creed is this considered among the three early church creeds, and that's it and, together with the Augsburg Confession and Luther's Small Catechism part of the Norwegian Church's Confession of Faith. 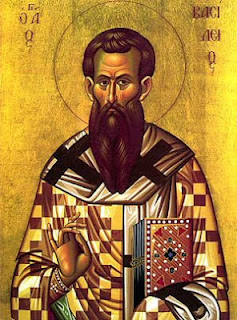 If Jesus really preached a triune God, this must have led to very strong reactions from his opponents! Jewish people was in fact known as strict monotheists who was very zealous in relation to their religious beliefs. If a man stood up and said of himself that he was one of three persons in God, they would be guaranteed to have reacted with dismay, anger and disgust! In this chapter we look for indirect evidence of Jesus' belief in God based on the reactions of his opponents. Jesus taught such a belief in God as the Jews were offended by? Or was Jesus' faith in God no problem for them? They accused Jesus ever to proclaim the Triune God? Personally I find no such allegations in the Gospels. I see nowhere that the Pharisees and scribes came to him and said, You blaspheme God, you say that God is three! Or: Away with this, he teaches a different God than the God of Israel, the God we know! Opponents have much to accuse Jesus, but accusations like these we never hear anything about! An indirect evidence that Jesus did not come with any new doctrine of God, is the simple fact that he was free to preach in their synagogues and in the temple at all times during his career. Can anyone imagine Jesus preaching the Triune God in these places? Another indirect evidence is the fact that many of the people - far beyond the crowd of close disciples - held him to be a prophet. This would never have done if it was common knowledge that Jesus preached a trepersons God! Perhaps the strongest testimony that Jesus never preached a triune God, is found in the proceedings against him before he is crucified. Jewish leaders are trying their best to bring forth witnesses who have something to accuse him. The interesting and striking is that none of these witnesses come with any accusations of wrong belief in God! They have heard Jesus preaching for years, but have nothing to say about his faith in God! This is not a complaint against Jesus! It is not a topic that will be affected! Could it be a stronger indication that Jesus never preached a triune God? Here are the frantically for something to accuse him, and they have nothing to say about his faith in God! The indirect witness of Jesus' opponents are unambiguous and clear: Considering how strongly Jews were conscious of their monotheism, it is interesting to note that the New Testament does not tell about some Jewish opposition, which accused the Christian movement for triteisme or polytheism, which was a common Jewish criticism later. (James Hastings, Dictionary of the Bible, Revised Edition by: FC Grant and HH Rowley, New York: Scribner, 1963, pp. 337, 338)

We can hardly imagine a doctrine that the Jewish people, those who so proudly kept their faith in one God, would have made a major revolt against. How can it be that the apostolic writings, as in so much takes up objections to the Christian faith and the struggles that followed in Christianity's wake, do not contain one word that suggests that objections were raised to the gospel because of the Trinity, not one word in defense of this doctrine, not one word that explains this doctrine, not one word in defense doctrine against the accusations and misunderstandings? This is an argument against the Trinity has evidence that almost force. We are convinced that if the Christian faith first preachers had proclaimed three divine persons who were all equal and infinite, and that Jesus, who had recently died on a cross, was one of these, would this particular doctrine have absorbed all others. Acts main occupation would have been to resist the constant attacks that this doctrine would have provoked. But the fact is that not so much as a faint whisper of resistance because of this when our ears from the apostolic era. In these letters we see not the slightest trace of any conflict provoked by a trinity doctrine. (William Ellery Channing, in historical speech: Unitarian Christianity, Delivered at the ordination of Rev.. Jared Sparks in The First Independent Church of Baltimore on May 5, 1819) In the early Christian period, there were no traces of any kind of Trinitarian problem or controversy. It was not until later this popped up, and then, there was also violent conflicts in the church. (Martin Werner (former professor at the University of Bern), The Formation of Christian Dogma, Beacon Press, 1957, p.125)

In the New Testament era, Christianity was clearly seen as an outgrowth from, and also a part of Judaism. ... It is striking the extent to which early Christian writers take many important aspects of Judaism for certain things. These are never discussed or defended, it is assumed simply that Christians will accept them without question. Jewish monotheism, for example, assumed that something almost self-evident: there is only one God. This is never questioned, and the subject never comes up as a contentious issue. (Christopher Tuckett, Christology and the New Testament, Westminster John Knox Press, 2001, p.13) Monotheism was something the Jews gloried .... Christianity's first teachers were never accused of the Jews (who certainly believed in God strict unit) to introduce a new teaching about the Godhead. (Frederic W. Farrar, The Early Days of Christianity. Vol.1, Boston, Massachusetts: DeWolfe, Fishing & Company, 1882, p.55)

When Jesus was never accused by his opponents to proclaim the Triune God, was the reason for this is quite simple and easy to understand. The reason was that he never did!