All prayer is directed to God the Father is not biblical prayer. It is through his son Jesus Christ we come into contact with the living and invisible God, no other roads lead forward. It was on the cross he atoned the sin but it was at the resurrection all this becomes available. Rooms. 1. 4 that after the holy spirit is declared to be the Son of God by the resurrection from the dead, Jesus Christ our Lord. The main evidence for this is that his tomb is empty down in Jerusalem, has been there myself and found him when he is risen! 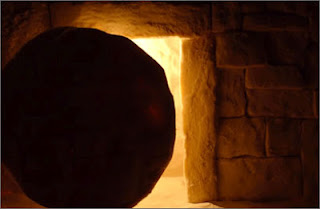 Very good questions and good reads. Will try to answer this and then refer to some links.

1) Can we pray and worship the Holy Spirit who pinsekarismatikerne do very much, the others do?

No, we can not find a single scripture that says we should pray, worship or desire of the Holy Spirit welcome in our lives as we see many misguided believers. The Holy Spirit works, but the spirit is God's active force or energy. Not a person and should not be asked to or worshiped!

2) Can we pray to Jesus and worship him, and he is the 'level' line of the Father?

No, but Jesus still has a very exalted position and posture. Our prayer life and our everything should be directed to God the Father. But Jesus is our mediator, intercessor, redeemer and savior. Therefore, it is not wrong or unbiblical to contact and communion with Jesus. The apostle John says that our society is with the Father and the Son. 1 John. b 1 3 that which we have seen and heard, we proclaim and you, that and I can have fellowship with us, but our fellowship is with the Father and with His Son Jesus Christ. This is from my commentaries Philip Wiper letter 2 6 He was God, but it is not that stolen to be equal with God. Here are the incarnation. Jesus as the firstborn and the only one who was fully equal to the Father and the Father shared everything with. Jesus was in his preeksistens with the Father from the ancient days of said Micah. But in the fullness of time he came into the world and became a man. God Himself came down in Jesus Christ. 7 He renounced his own, took on a slave and becoming like men. In his way he was as a man; We read several places about the intimate contact there is between the Father and the Son. Joh.e.17. 4 I have glorified you on earth when I completed the work you gave me to do. 5 And now I ask you, Father, give me the glory which I had with thee before the world was. Jesus gave up the glory of two reasons. 1) It pleased the Father that Jesus showed 100% submission to his will. 2) When he was human he was able to zone our sin and die in our place. 8 He humbled himself and became obedient to death-even death on a cross. It was a humiliation for Jesus to be a man, and eventually suffered a criminal's death by dying on a cross. But he obeyed against his Father just as Isaac was in the 1st Puree. b 21 But Jesus was not only humbled in his death, his whole life was a humiliation to the way he was treated, ridiculed and opposed. It culminated in a completely without legal way to be judged on the front of Pontius Pilate and later when the sentence was carried out at his death as a punishment. 9 Therefore God has highly exalted him and gave him the name above all names, Since he was so humiliated he was also raised. God has already elevated him but unfortunately I do not see most people, but we as believers see it, hallelujah. Jesus has a name that is greater than everything. Disease, problems and afflictions, Kings, Presidents and all other names and titles! 10 for that every knee shall bow in Jesus name, in heaven and on earth and under the earth, All present in the sky bent enough for Jesus after his return, except the Father. But one day the whole earth to do it. Under the earth must be understood by all people who are dead and all the demons, Satan himself will one day bow to Jesus and had to admit that we saved already do, Jesus is Lord! 11 and every tongue confess Jesus Christ is Lord, to God's glory! Now I mentioned this already in v.10. But to confess Jesus as Lord is a sign of one is saved and born again. When Jesus is Lord there is none beside Him as Lord. Idols, government leaders, religious founders, other talented and capable people, but they will never close to Jesus because He is King of Kings and Lord of Lords (Åpenb.19.16). (End of quote) And from my commentaries Hebrews 1 2 But now, when the last time has come, he has spoken to us through the Son. Him God hath appointed heir of all things, through whom he created the world. Now the Son. John. e 1 17 For the law was given through Moses, grace and truth came through Jesus Christ. Through him has made him the world to make Jesus the same as God, yet he is not that the Father is the origin of everything. Kol. 1. 15 He is the invisible image of God, the firstborn, who is over all creation. 16 For in him all things were created, in heaven and on earth, the visible and invisible, whether thrones or dominions, principalities or authorities - All things were created through Him and for Him. 17 He is before all things, and all composed by him. Father does nothing, but by and through the Son. 3 He is the radiance of God's glory and the image of his being, and he bears all things by his powerful word. When he had accomplished cleansing for sins, he sat down at the right hand of the Majesty on high. Kol.1. 18 he is the head of the body, the church. He is the origin, the firstborn from the dead; he looked for one and all can be first. Jesus is both the largest and foremost. He is the first that has passed out of the Father. As the Father created and the only one like him. He exudes the Father as he is without it being in pieces. As it was with the Prophet and all other people. Kol.1. 17a He is before all things. When he became a man he served our sin and then sat down at the Father's right hand! 4 Thus he has become larger than the angels, for the name he has is so much bigger than theirs. The Jews believed in angels. But Jesus was not a super angel, but something far more than that. He was God's only Son. We are adopted sons and daughters of God, but never begotten.

3) Is the Father "of" Jesus and we pray and worship him?

It is only and alone the Father is the only true God. Jesus came forth from the Father and was obedient to him in all parts. But Jesus has a name that is greater than all the other names when he completed the work of salvation and was through his soningsdød mediator between us and God the Father. Worship is directed to Jesus for what he did, to the Father for who he is and that he is the only true God, the upholder of all life!