Nr. 308: Recommendation as Evangelist and preacher!

Recommendation as Evangelist and preacher!

I got approx. 25 years since the recommendation preacher in Philadelphia Oslo, for me, I experienced not as the great! It was the recommendation I've gotten before it came to me saying that they mark, knew or felt that I had a calling to preach that what has been important for me later! Illustration Filadelfia Church in Oslo. 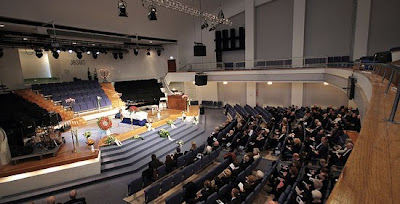 It is they who contacts me and asks if I have been appointed, asked for and has been recommended as a preacher. Fair enough safe, and this is what much to say and to write about.

When I got my recommendation as a preacher in Philadelphia Oslo at the end of the 80th century. Then it was all well and good, but it was more that it would be easier for me to get input that preaches around! I have preached for approx. 100 different churches around here in Norway. And some in the U.S. I have witnessed. In fact, the U.S. got very good input right away when I was there in 1993.

What has been most significant for me was when Bjarne Staalstrøm who served in the free friends came after a meeting I had testified in 1982 and said I had a calling and equipping a preacher. It hit me in the heart and when he explained things around this. Among other things, the way I ordla me, although I was then newly saved and came from a secular background. He said that God had given me light and insight into God's words spoke for themselves what he had put in my heart and what he had called me. This also voted with what I had experienced, but it was very good and nice to get a confirmation like this.

When I got the recommendation preacher in Philadelphia Oslo, I was asked for by many prominent Pentecostal preachers. As His Black Dahl, David Ostby, Emanuel Minos and I also believe Morgan Kornmo. After I had been asked for on Monday at the church meeting and had been recommended and appointed a preacher and Evangelist. Then on the following Sunday came and Evangelist Dr. Emanuel Minos up to me and said: "Thou shalt not be proud when it goes good for you, and you should not give up when the bytes received." This I have followed since then, and I intend also to follow if Emanuel Minos is now completely out of control!

Recommendation of people have meaning if they recognize what God has put in than life and heart to God.

I believe only what I have produced here on the blog and on our website speaks for itself that God has both called me and gave me a piece of equipment that preach and teach God's word. So have a think and I know, the rest is in the hands of Almighty God. Everything, both family life and service to God!